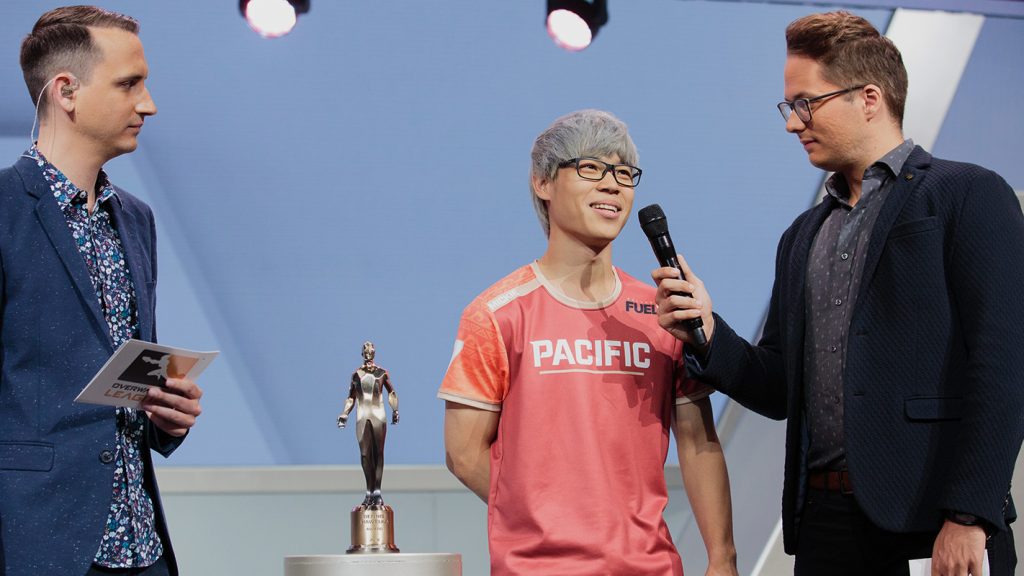 Professional off-tank Ponghop “Mickie” Rattanasangchod will be stepping back from professional Overwatch for a new position as a full time content creator for Envy, the ownership organization of the Dallas Fuel.

You know him. You love him. As do we. He's Envy family. 💙
Wish @MickiePP all the best and more as he transitions to full-time content creation at @Envy! 💪 pic.twitter.com/PDBhzwGQKN

Mickie is an Overwatch veteran and first entered the scene in 2016. After competing with a smaller team, he joined EnVyUs and helped lead the team to victory in the first season of Overwatch APEX. The EnVyUs team continued to be successful until their eventual transfer to the Dallas Fuel. Mickie was a talented off-tank for the Dallas Fuel and represented Thailand in the Overwatch World Cup in 2016 and 2017.

Besides being a proven Overwatch veteran, Mickie is best known for his friendly demeanor and positive attitude. Throughout the tough season for the Dallas Fuel, he was constantly smiling and supporting his teammates. Mickie was awarded the Dennis Hawelka Award in 2018 as recognition for his positive influence on the Overwatch scene. The award had sentimental value for Mickie, as Dennis “InternetHulk” Hawelka recruited him to EnVyUs in 2016 and would become a friend and mentor to the rising star.

Throughout the last season Mickie did not see much playing time and was likely not going to see an increase in the upcoming season. His infectious positive attitude will allow the fan favorite to thrive as a content creator. He will still most likely be creating Overwatch content and will not be too far away from his former team.