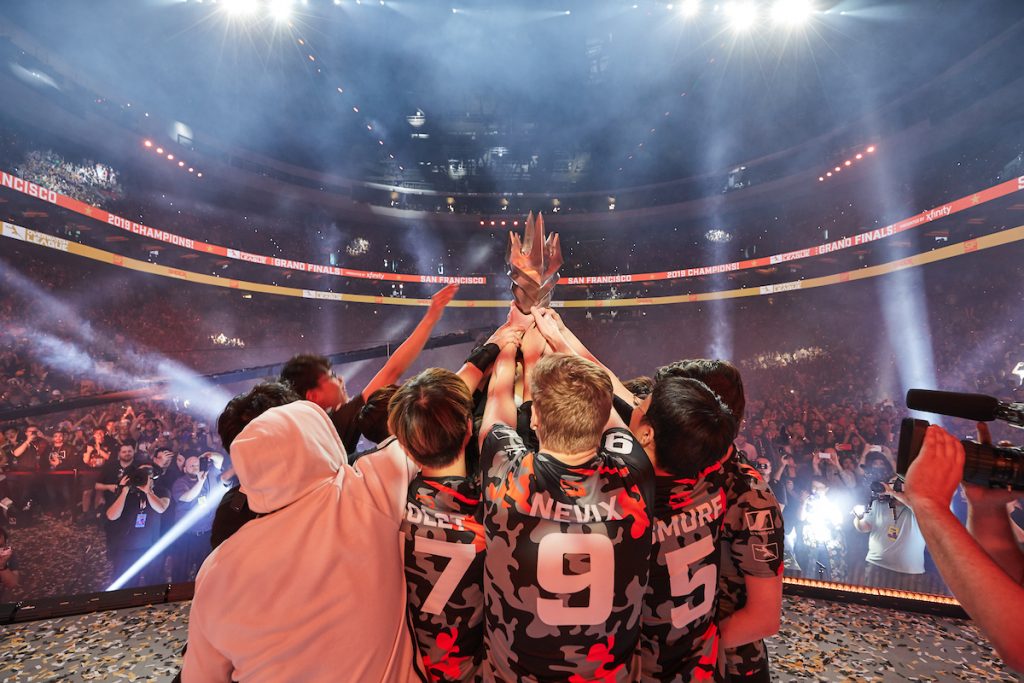 The Shock are the team to beat in 2020. (Photo courtesy Activision Blizzard)

The 2020 season of the Overwatch League is about to begin and this year sees the implementation of the home/away format that was promised since the league began. After a busy offseason full of crazy signings, head-scratching releases and a plethora of early retirements, here are how the teams stack up heading into the beginning of the season. 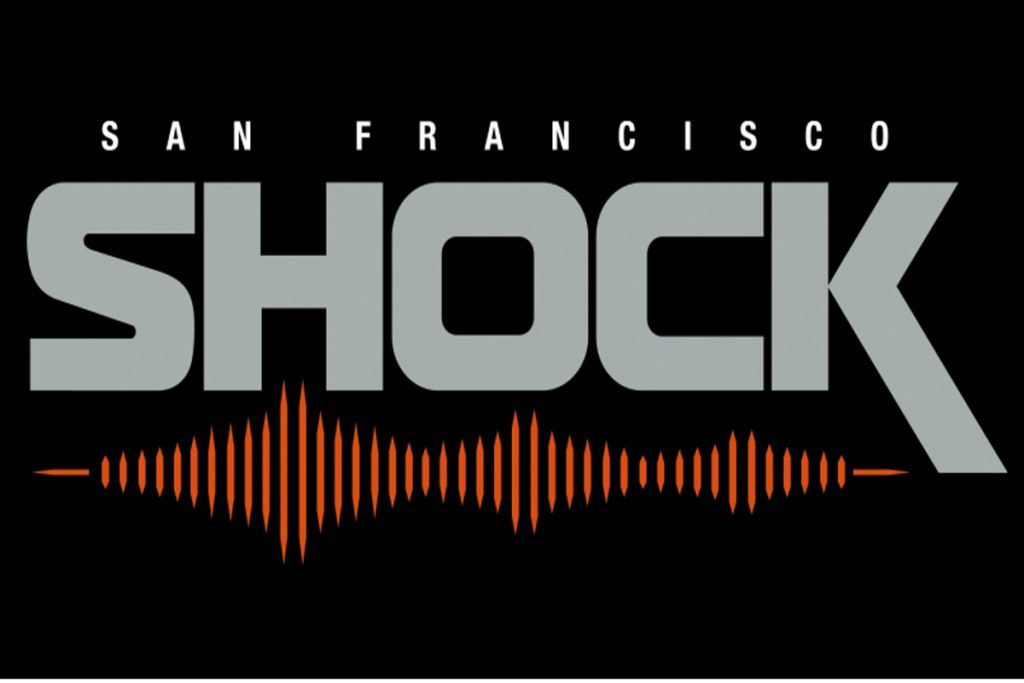 The Shock were able to retain all their star talent from the 2019 Grand Finals team and continue to boast the most depth out of any roster in the league. With a Grand Finals MVP in Hyo-bin “ChoiHyoBin” Choi as well as Jay “sinatraa” Won – Overwatch League MVP and World Cup MVP, San Francisco is in prime position to defend their throne. The path to the 2020 Grand Finals goes through the Shock. 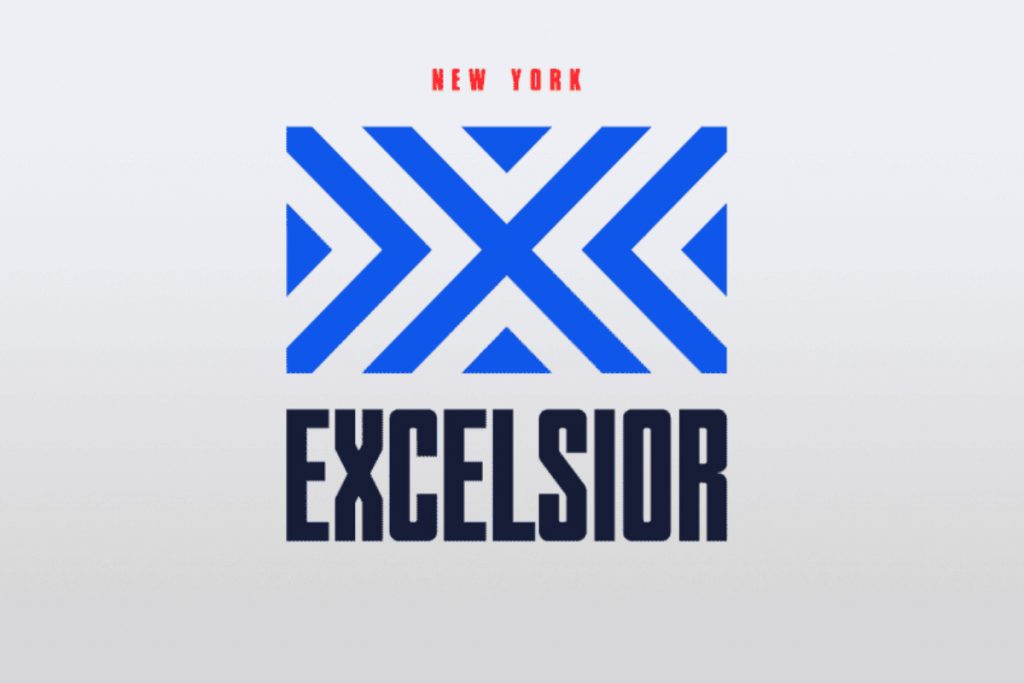 This is possibly the scariest Excelsior team yet, which is frightening considering how dominant they have been throughout the first two seasons of the league. They seemed to turn around their playoff woes last season and with a new focus on more aggressive play, which includes adding versatile off-tank Hong-joon “HOTBA” Choi to the mix, the NYXL are a serious contender to take down San Francisco. 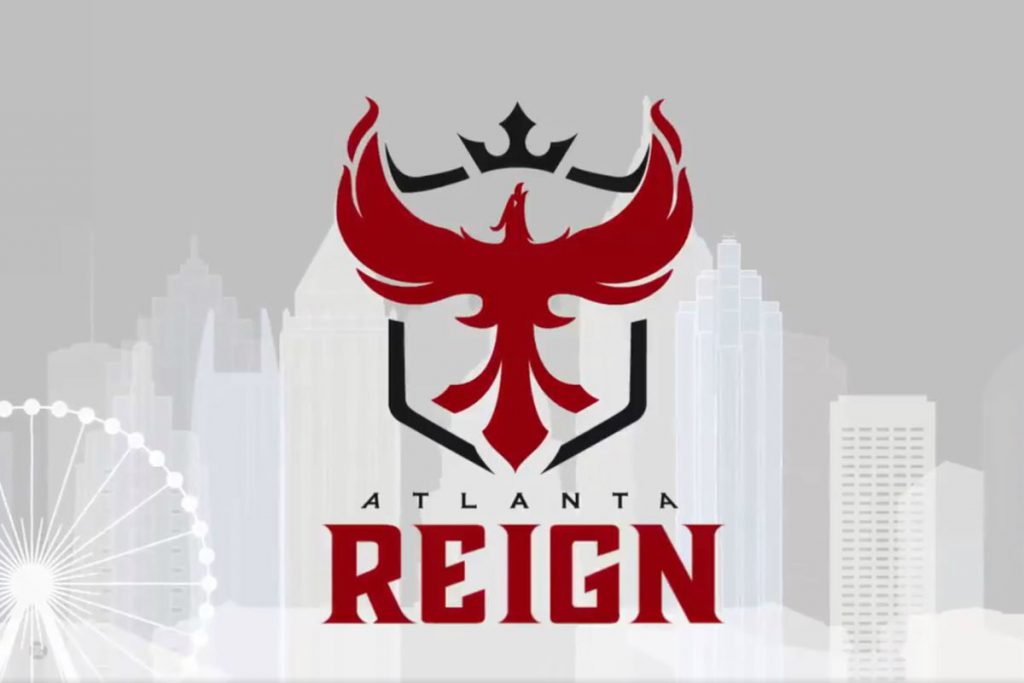 The Reign went on an insane nine-match win streak to close out the 2019 regular season and were the only team to hand the San Francisco Shock a loss in the playoffs with their crazy upset in the first round. Atlanta secured Tae-Hoon “Edison” Kim in the offseason to partner with possible MVP candidate Joon “Erster” Jeong making them one of the strongest DPS duos in the league. The rest of the roster is well-rounded and the Reign should have an even more successful season this year. 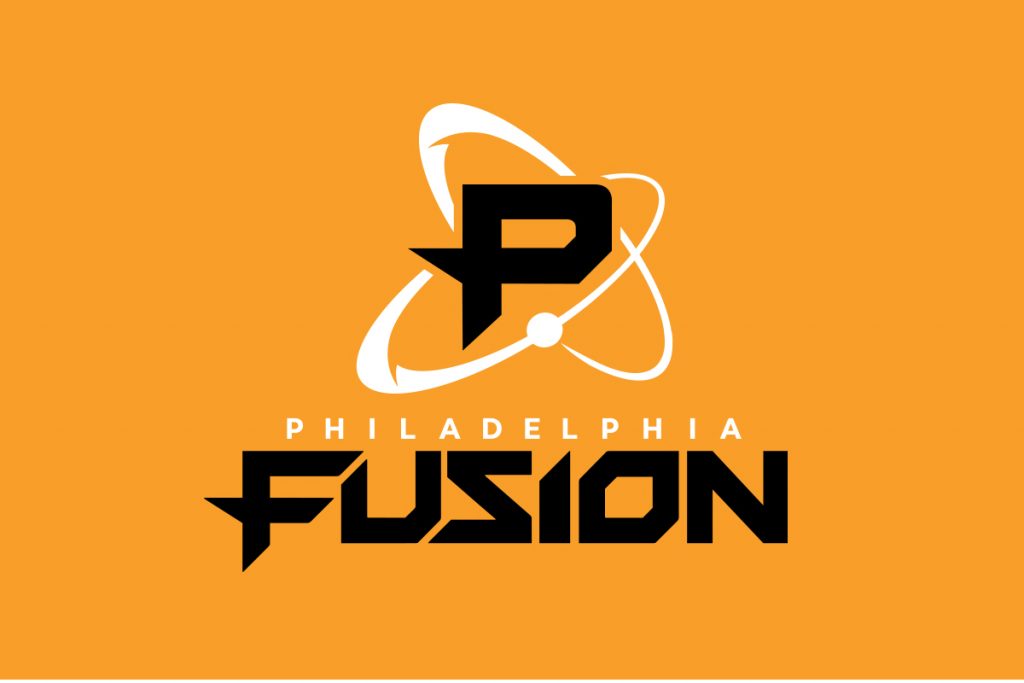 The Philadelphia Fusion added some tremendous talent this offseason by signing off-tank Jun-ho “Fury” Kim from the London Spitfire and flex-support Kyungbo “Alarm” Kim from Fusion University. If Jae-hyeok “Carpe” Lee and Josue “Eqo” Corona can play to their 2018 level, the Fusion have a chance at a serious title run. The biggest concern right now is the lack of back up main-tank for Su-min “SADO” Kim who many consider the weakest link of the Fusion’s roster. 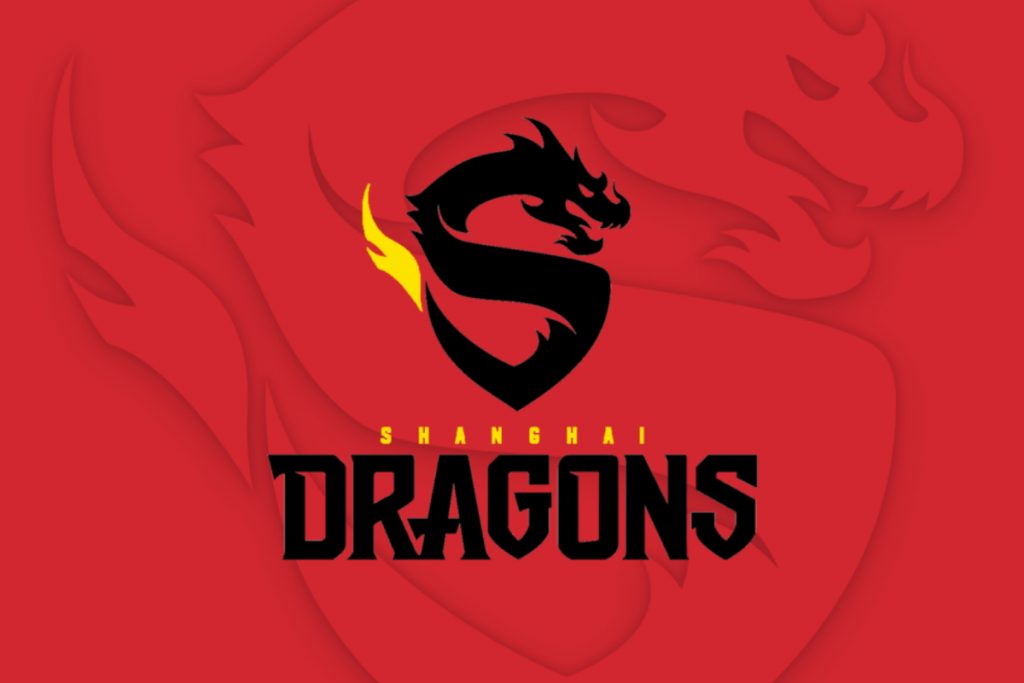 The Dragons have one of the most versatile DPS lines in the league with the likes of Min-seong “diem” Bae, Jin-hyeok “DDing” Yang and the newly acquired Byung-sun “Fleta” Kim. The strength of Shanghai absolutely lies with the DPS talent but if the rest of the team (especially the tank line) can step up this season, the Dragons are one of the best teams in the league. 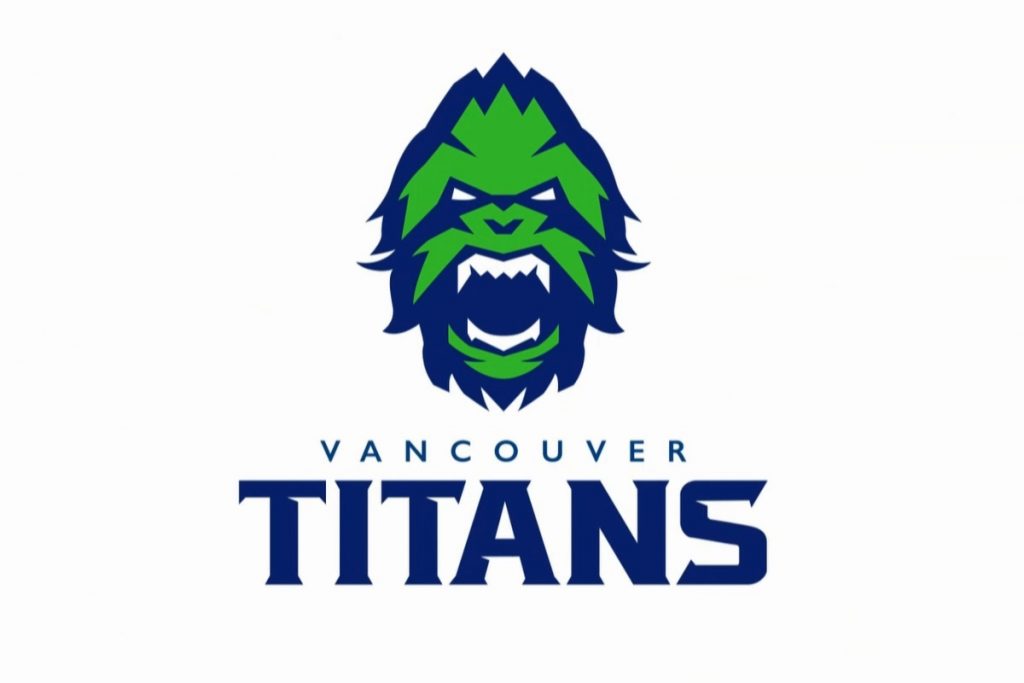 Releasing Sang-beom “Bumper” Park at main-tank and replacing him with Chan-hyung “Fissure” Baek could prove disastrous for the Titans. If he can stay away from drama, though, Vancouver could once again be a dominant presence at the top of the standings. Adding Jehong “Ryujehong” Ryu was also a weird decision as it is likely the legendary flex-support will sit behind 2019 MVP Finalist Jooseok “Twilight” Lee. The Titans’ season is a big question mark at this point that could possibly turn out well, or explode from within. 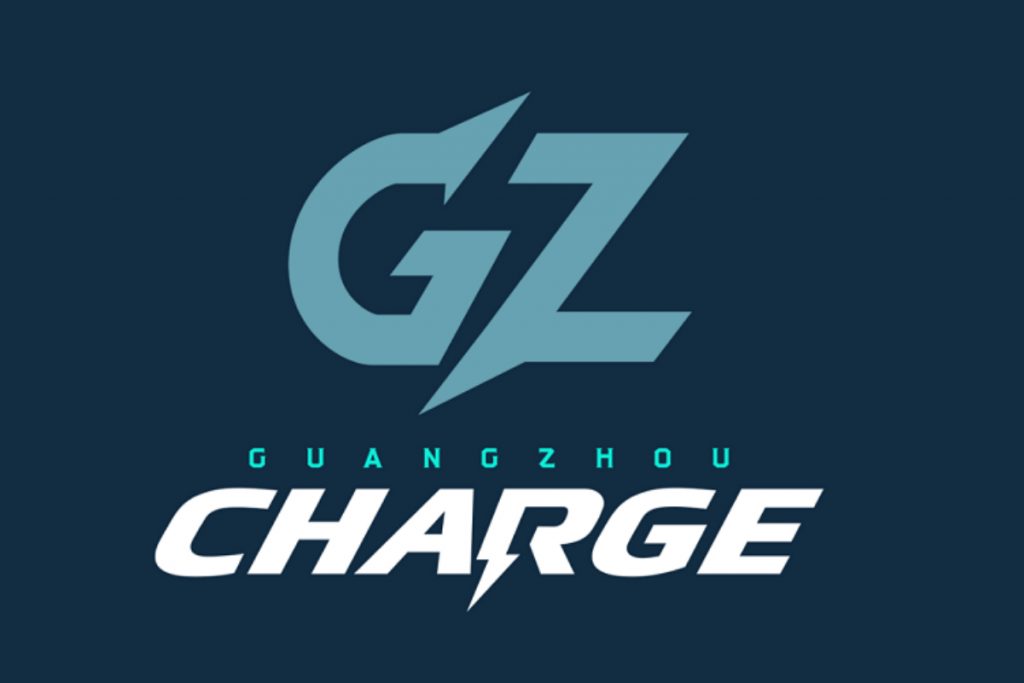 The Guangzhou Charge were one of the best teams towards the end of the 2019 season. Unfortunately, they stumbled in the play-ins and just missed the playoffs. Luckily the Charge had a solid offseason after keeping most of their key talent and shedding some of the excess. Signing a great main-support like Alberto “neptuNo” González is a good move for Guangzhou as they attempt to break into the upper-echelon of teams this season. 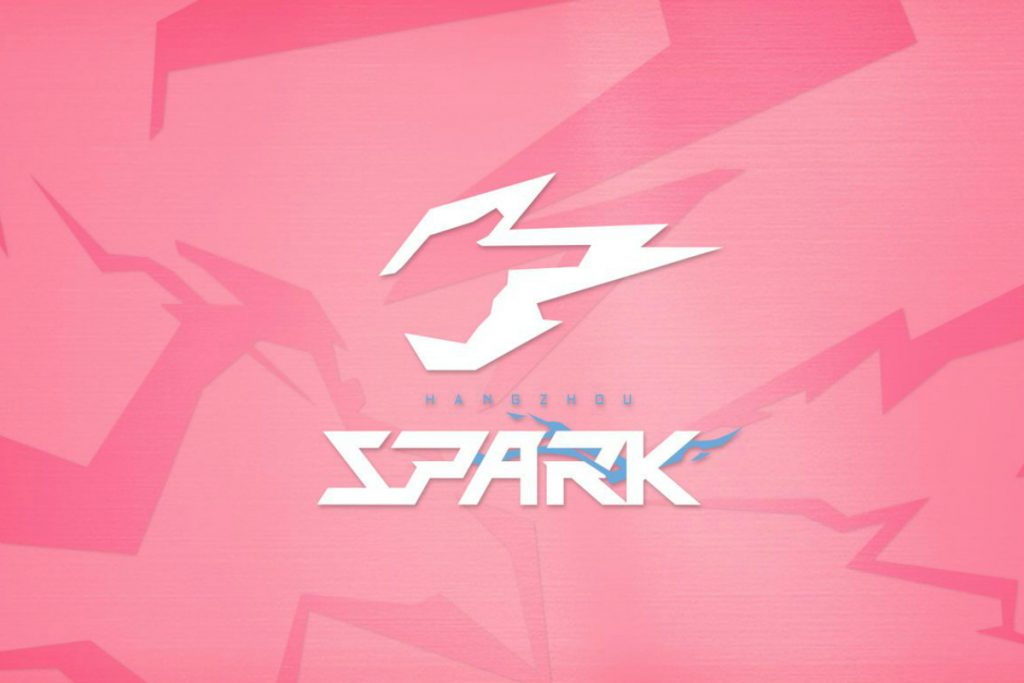 The Hangzhou Spark have Xu “guxue” Qiulin – arguably the best main-tank in the league which gives them the opportunity to climb up in the rankings as the season goes on. Unfortunately, the recent patches of the game have placed a bigger significance on DPS play than before. If that keeps being the case, the Spark could find themselves in trouble as the position is the weak spot in their roster. 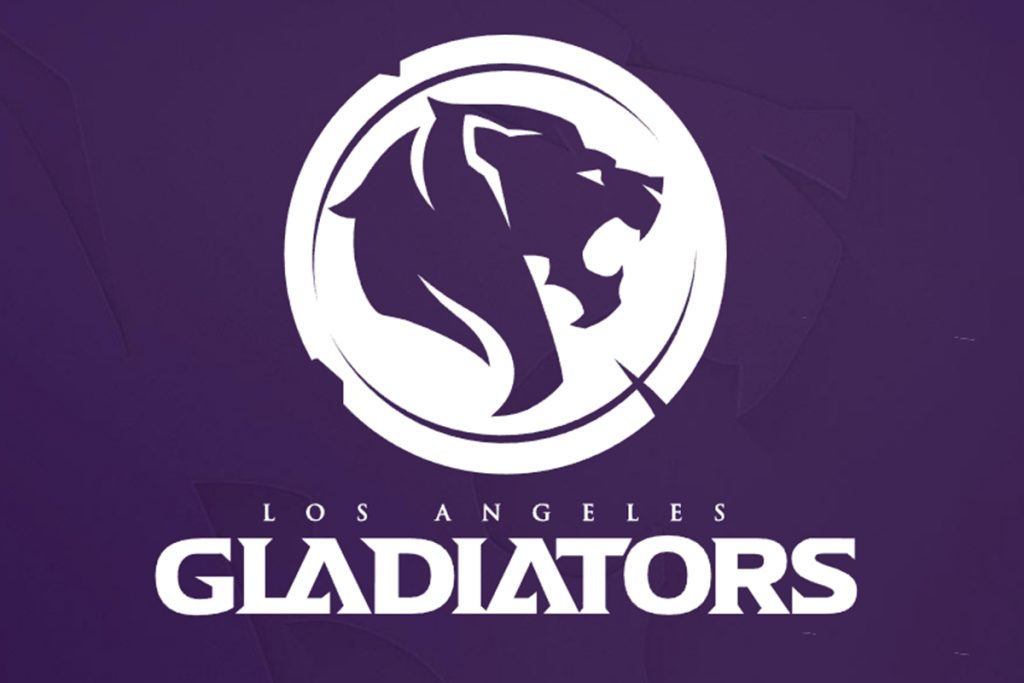 The Gladiators shifted their roster around a lot during the offseason and were able to secure off-tank Indy “SPACE” Halpern from the Valiant. Unfortunately, they also lost DPS star Gui-un “Decay” Jang along the way. If their other big pick-up, main-tank Min-seok “OGE” Son from the Dallas Fuel, can play to his potentia, the Gladiators have a strong tank line-up for the season. If former London Spitfire DPS Ji-hyeok “birdring” Kim can play like he did during the 2018 Overwatch League Championship run, the Gladiators have a lot of potential. 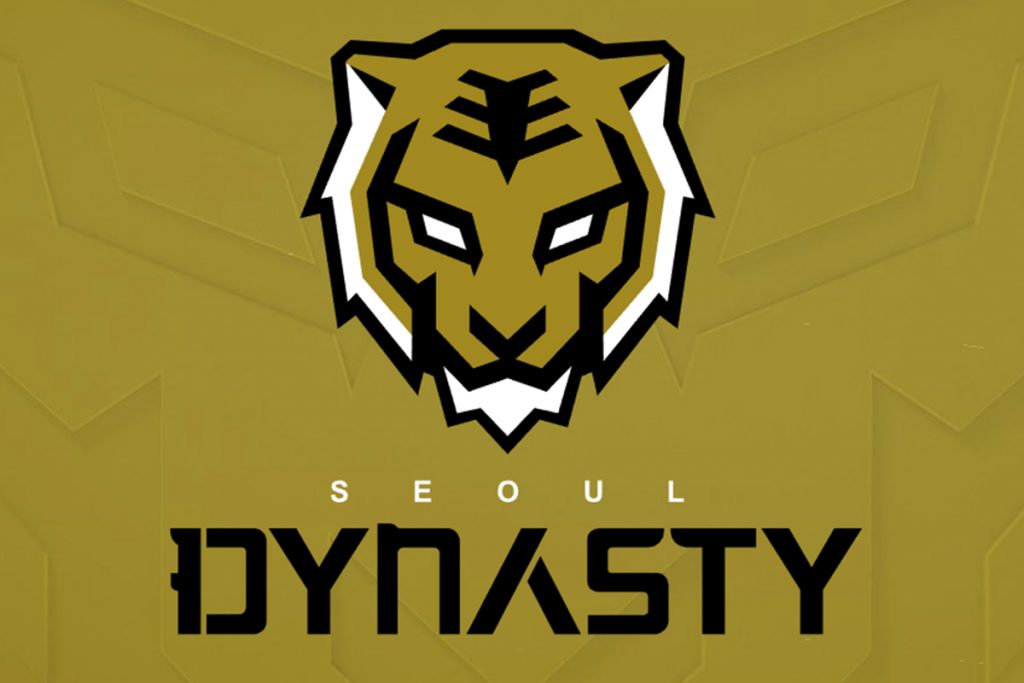 Seoul was so close to being one of the best teams in the league after grabbing Jae-hee “Gesture” Hong and Joon-yeong “Profit” Park from the Spitfire. Instead of adding a few key pieces to go along with them, the Dynasty got rid of Fleta to the Dragons and lost team leader Ryujehong to the Titans. Any team with Profit on it can go off at any moment. Unfortunately, that might not be enough for the Dynasty trying to turn around their woes from the first two seasons. 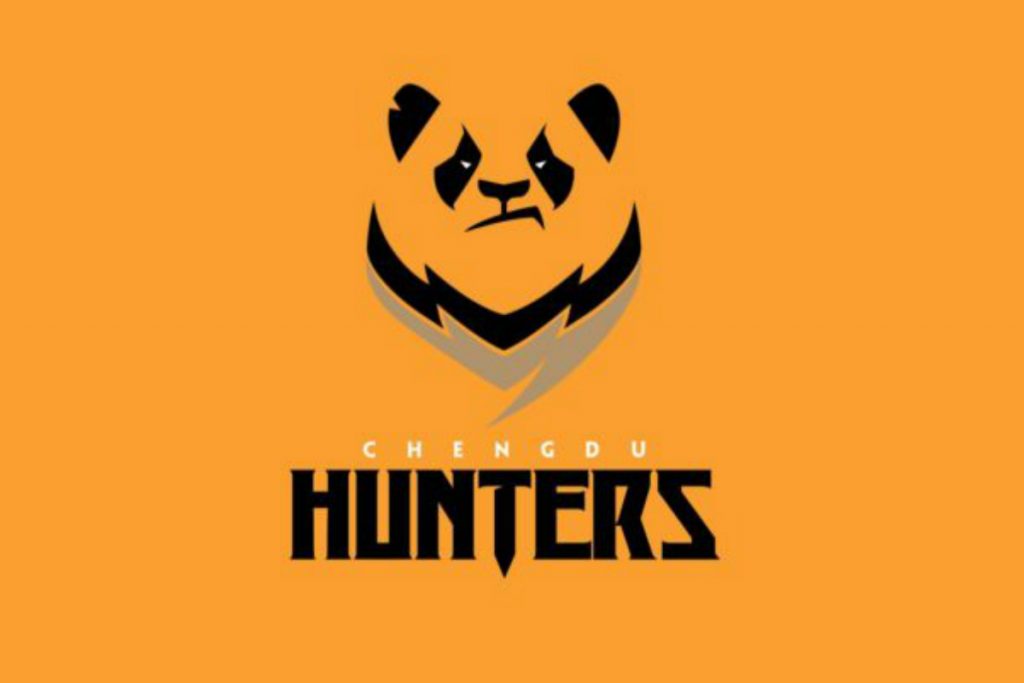 Chengdu is a team that likes to go against the grain when it comes to the meta play. Sometimes it works out for them, but they were never consistent enough to truly be considered a top team during the 2019 season. The Hunters kept most of their roster from last year and with the addition of DPS player Huang “leave” Xin joining the action, they are set for a better season than previously. Still, his presence might not be enough to propel the Hunters into the top-half of the teams in 2020. 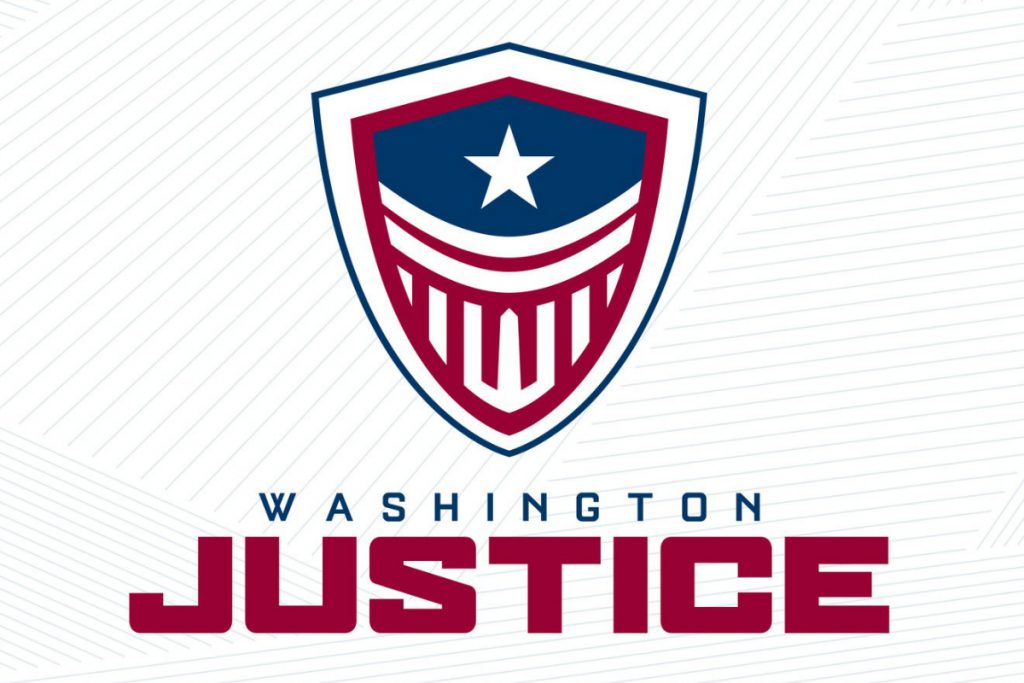 The Justice were atrocious for most of the 2019 season but caught fire in Stage Four after the 2-2-2 role lock was implemented by the Overwatch League. They have Corey Nigra on their team – a DPS star who essentially carried them throughout the final stage of last season. A lot of the teams success will fall on his shoulders, but if he can’t keep up his insane level of play week in and week out, the Washington Justice could possibly struggle as the season goes on. 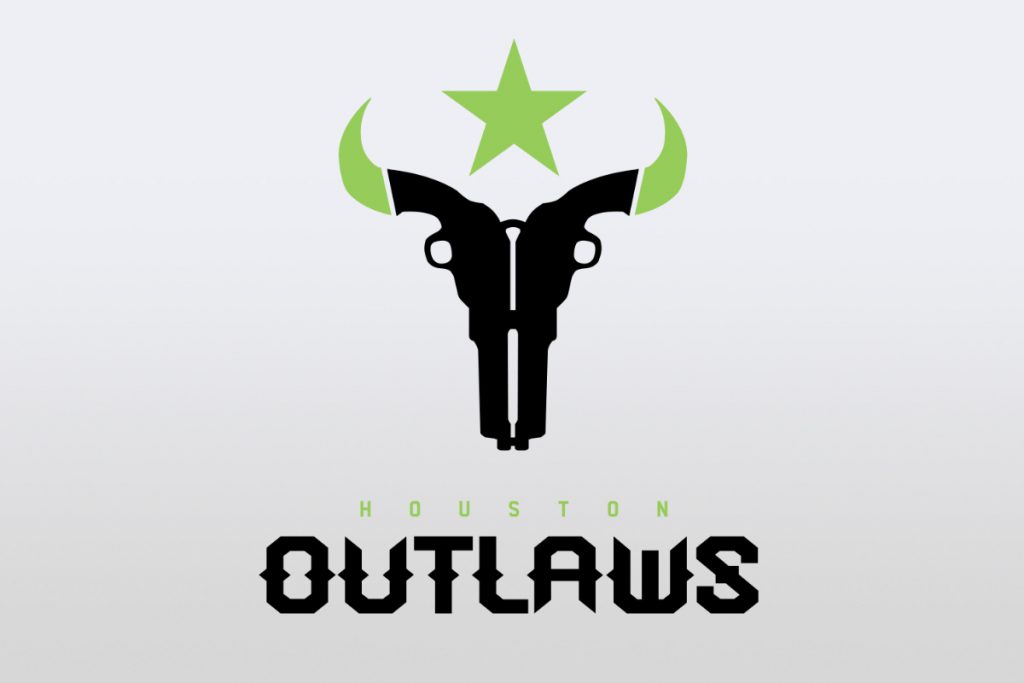 The Outlaws signed former NYXL player Tae-hong “MekO” Kim as their definitive off-tank going forward as well as a new support duo in Jung-geun “Rapel” Kim and Seung-soo “Jecse” Lee. They will definitely be better than last season, but with Jake Lyon retiring this offseason, they lack an in-game leader to bring everyone together. Only time will tell how the new additions fit in with the rest of the team and if they can play cohesively, Houston has a chance to climb a bit in the rankings. 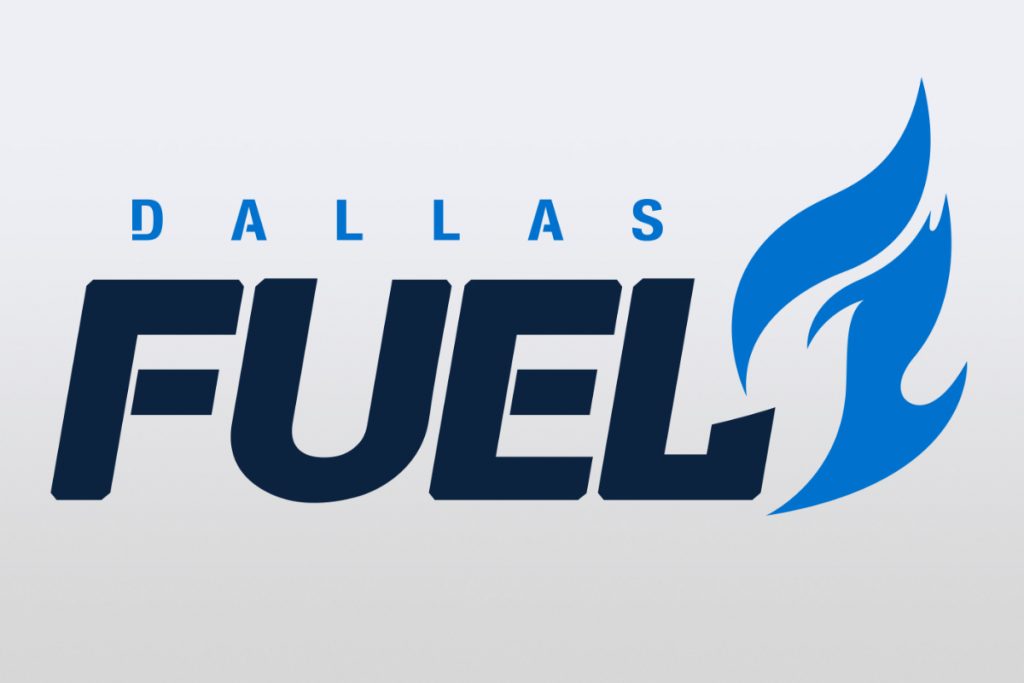 The Fuel essentially gave up last season, finishing the second-half of the year with an abysmal 1-13 record. Dallas added Gui-un “Decay” Jang and Dong-ha “Doha” Kim as their DPS duo for the year which could prove to be an inspired decision. They also brought in consistent main-tank Young-jin “Gamsu” Noh from the Shanghai Dragons. They are better on paper this year than last, but the Fuel have had two rough seasons to start the Overwatch League and it will be hard to change the mindset of a team used to losing. 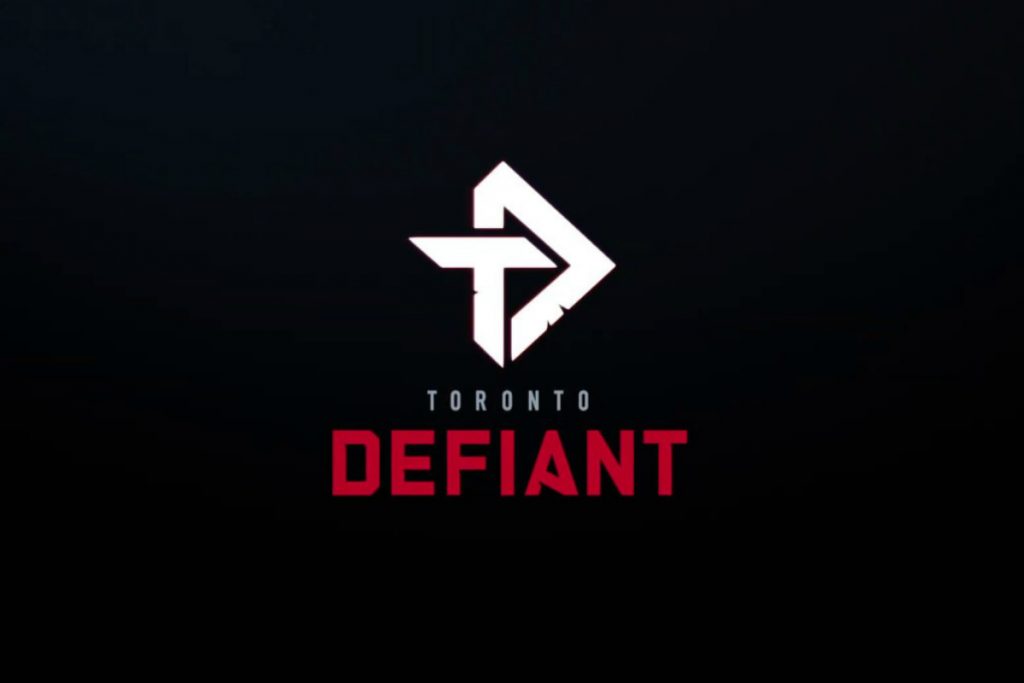 It seems hyperbolic to say some of the talent the Defiant picked up in the offseason are washed up. They may be past their prime, though as Toronto went the crowd-pleasing route when building their roster for the 2020 season.  Young-seo “KariV” Park form the Valiant and Andreas “Nevix” Karlsson from San Francisco are both solid pick-ups but isn’t enough to raise the Defiant’s stock. 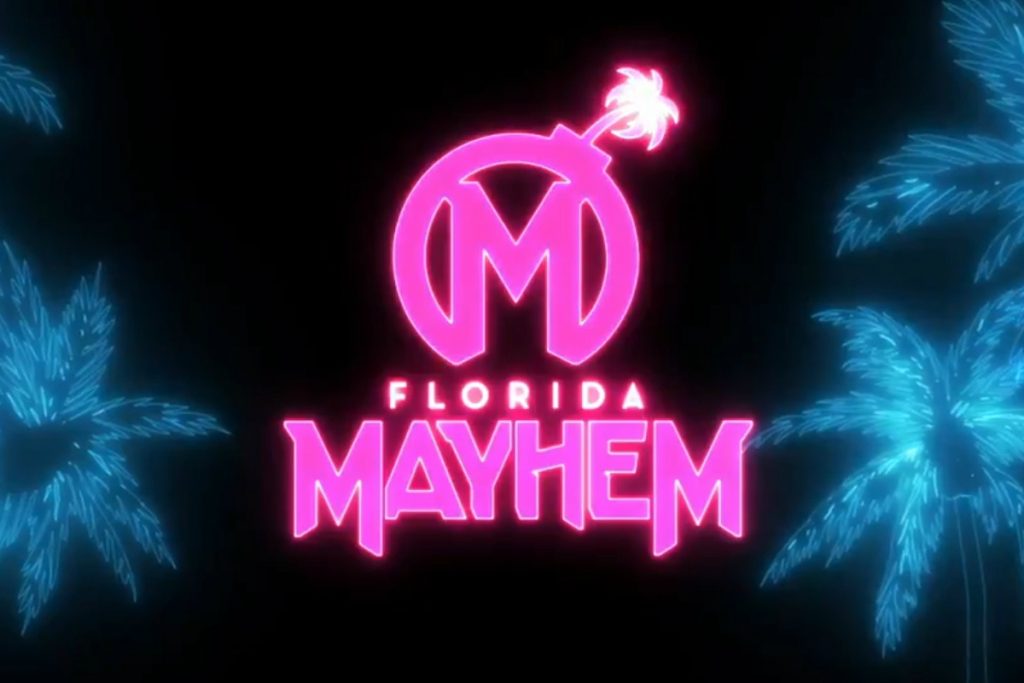 Jung-woo “Sayaplayer” Ha is an incredibly good player that can take over a game at any given moment. Unfortunately, the rest of the roster around him isn’t quite up to snuff. The Nam-jin “Gangnamjin” Gang was solid, though and should make an impact for Florida this season. They will definitely be better than they were the first two seasons, but that really isn’t saying much. 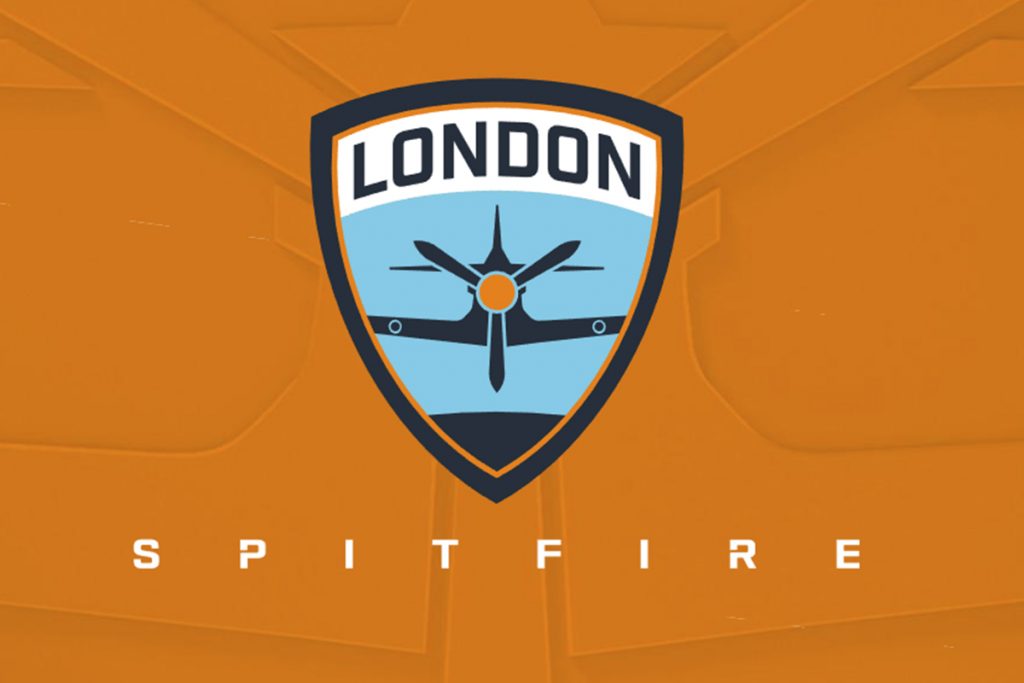 Gone are the days of the 2018 Overwatch League Championship roster as the London Spitfire enter the 2020 season with a clean slate. The Spitfire enter a period of rebuilding with a lot of unproven talent for the year. Of course a pick-up like Gil-seong “Glister” Lim is big but London will have to develop their talent going forward, essentially shelving their 2020 season in the process. Glister will definitely be their star for the future which bodes well for London, just not this year. 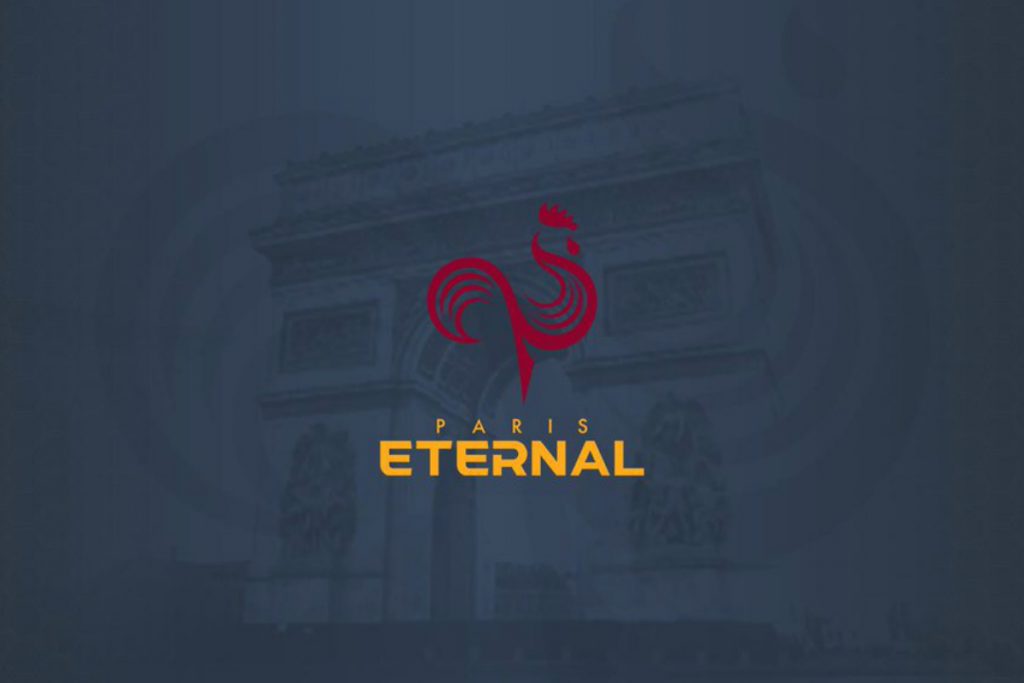 Paris somehow secured  Yeong-han “Sp9rk1e” Kim during the offseason who was one of the hottest commodities coming into the league. The bad news is that he won’t turn 18 until the end of May. This means the Eternal have to survive long enough for him to come back but it might be too late. 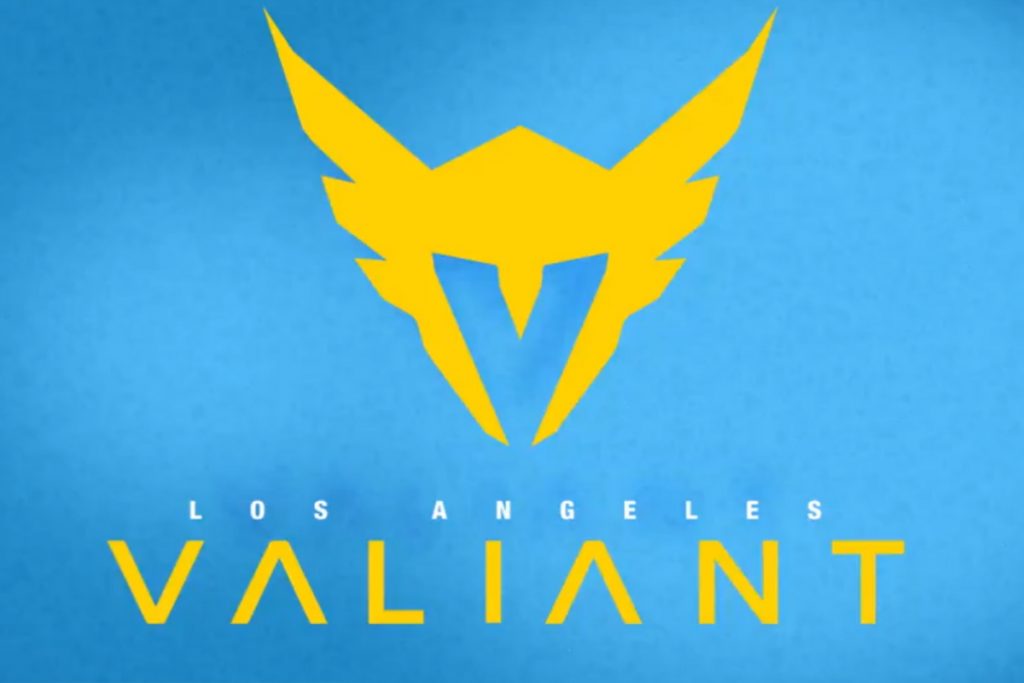 The Los Angeles Valiant lost SPACE, Young-seo “KariV” Park and Scott “Custa” Kennedy over the offseason in what is essentially a rebuilding period for the team. They have a lot of unproven talent this year, but without any true star player, it might be hard for the Valiant to make some headway in the standings. They are a big question mark heading into the 2020 season. 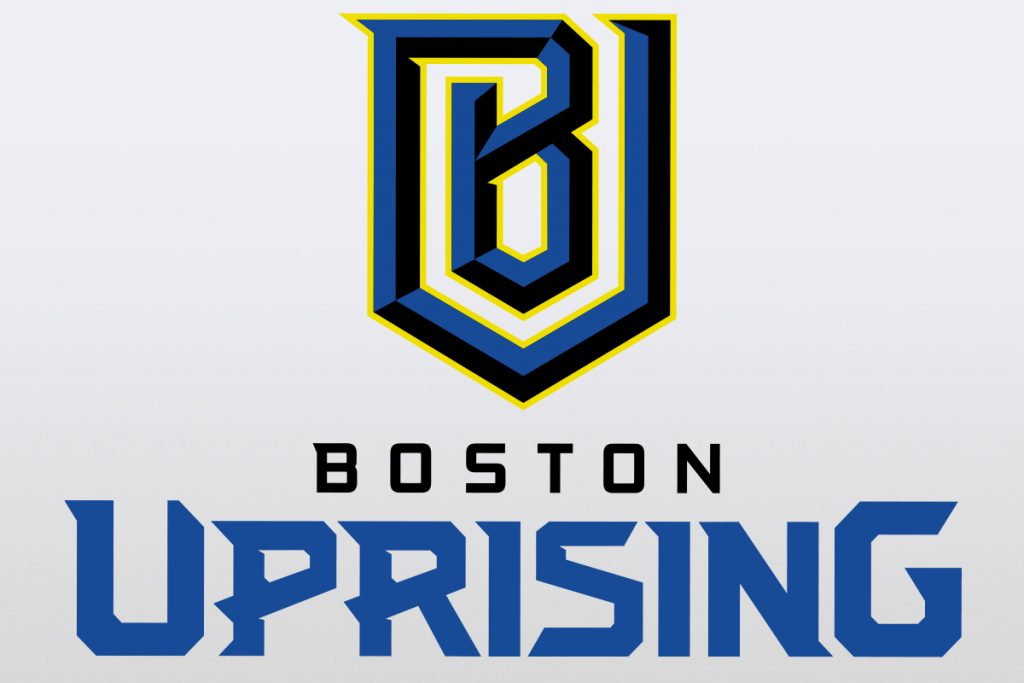 Oh, the poor Boston Uprising. Much like the Fuel, they put up a terrible second half of last season finishing with a 1-13 record and an overall record of 8-20. They were a team ready for the season to be over and it showed. Unfortunately, it doesn’t look like this season will be much better for the Uprising. They signed Sang-beom “Munchkin” Byeon from Seoul but don’t have a lot of talented pieces around him. Here’s to hoping Boston can surprise some people this year, but it isn’t looking good.

The Overwatch League will kick off on February 8th at 1:00 p.m. EST in New York and 5:00 p.m. EST in Dallas. Fans can watch all the actions exclusively on Youtube.