MekO Signs with the Houston Outlaws 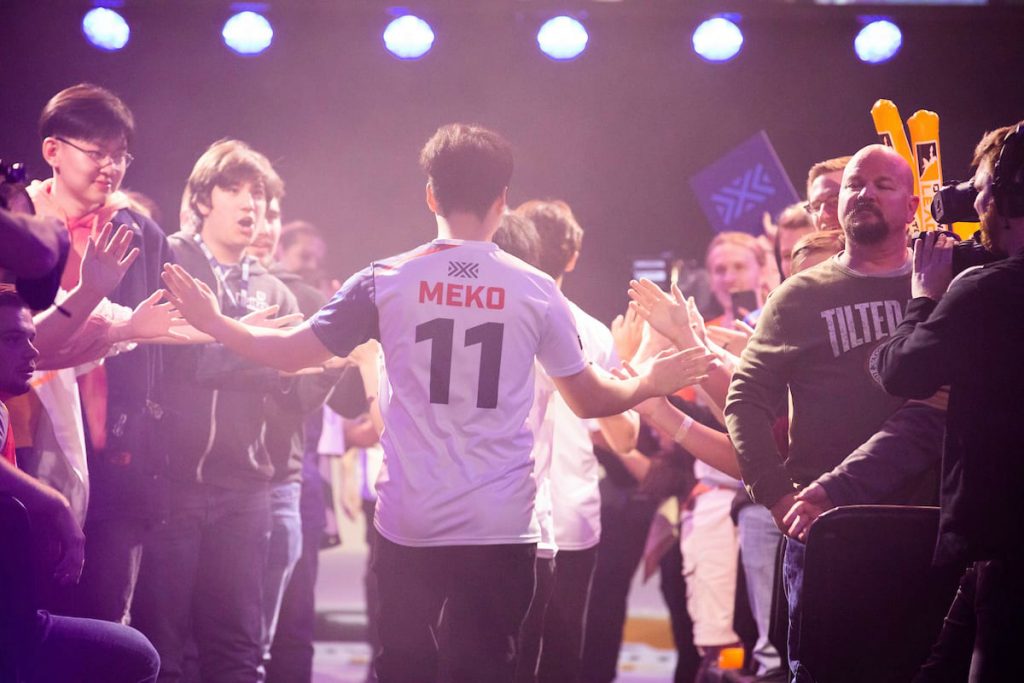 MekO will be a key player for the Outlaws in 2020. (Image via Robert Paul for Blizzard Entertainment)

Tae-hong “MekO” Kim has been one of the consistently best off-tank players throughout the first two seasons of the Overwatch League. After being released from the New York Excelsior, it was unclear where he would be playing in 2020, but wherever it was, the team would certainly be getting a strong player that could make an immediate impact for them. In a surprising move, though, the Houston Outlaws took to Twitter to announce that they were the ones to secure MekO.

The man loves his @TMobile teams.

MekO spent the first two years of his Overwatch League career with the NYXL. His steady off-tank play helped New York become one of the most consistent teams throughout the league. Unfortunately, the NYXL have been unable to reach the Grand Finals despite having the best record in the league in 2018 and securing a number two seed during the playoffs in 2019. Even though New York boasted one of the most talented rosters in the league, it was evident that changes had to be made. MekO’s departure from New York was one of those changes.

In the surprising signing of MekO, the Houston Outlaws have significantly improved, not only their tank line but the entire team. Adding MekO brings the experience of playing with one of the best teams in the league. The Outlaws haven’t been great since the Overwatch League started, missing the playoffs during both seasons. The team has talent (especially in the DPS line) and a main-tank in Austin “Muma” Wilmot who has been a consistent player for the Outlaws since the beginning. Muma probably won’t ever be considered one of the greatest main-tanks in the world, but he doesn’t have many weak spots which allows him to be versatile with his hero pool and adding a strong off-tank to support him should only make him better.

That's it for player moves for now. Obviously trades, sales, or even retirements can happen but as it stands we're at 12 players.

This offseasons been really good to me and it felt amazing to be able to do my job without a load of drama, uncertainty, and restrictions.

The Houston Outlaws have had a successful offseason heading into 2020. They secured a good head coach in Harsha “Harsha” Bandi, who was an assistant coach with the Vancouver Titans this past season. They also added João Pedro “Hydration” Goes Telles from the Los Angeles Gladiators and Jung-geun “Rapel” Kim from the Vancouver Titans. The off-tank position is an area the Outlaws have always felt weak in and adding a star talent in MekO is a key move for Houston as they look to bounce back in a big way for the upcoming season.