Orome: What I think About My Play Impacts Me 100 Times More Than What Other People Say” 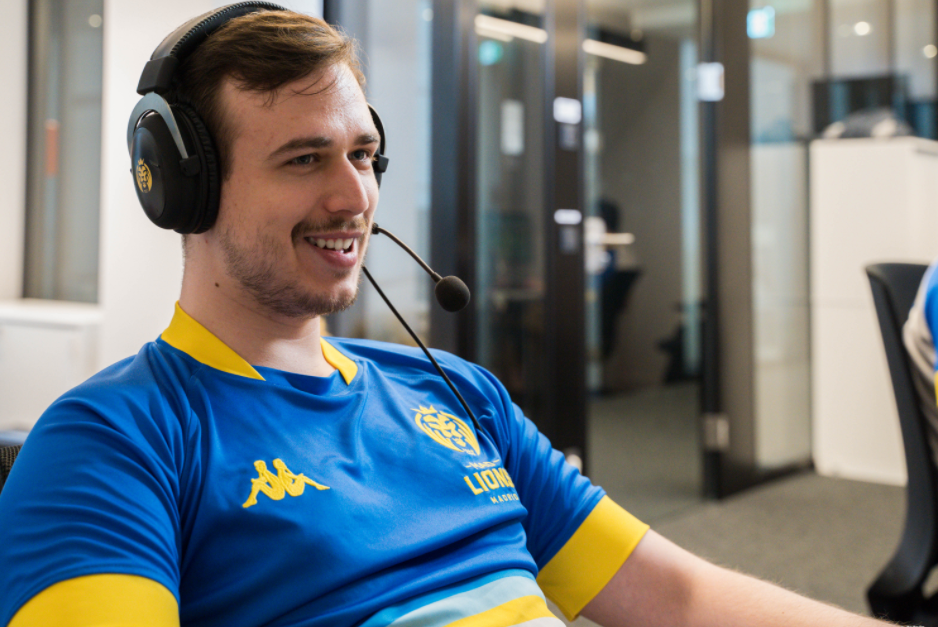 Against Fnatic, Orome finally showed the world what he is made of. (Photo courtesy MAD Lions)

Five weeks into the LEC Summer Split, MAD Lions still sit at a shared first place in the standings. The widely supported rookie squad may have hit a speed bump with a loss against SK Gaming this week, but their direct competitors, Rogue, fumbled too, so the race is still on. Besides, their other match was a pretty strong victory over Fnatic. The odds of a ticket to Worlds are very much in MAD Lions’ favor.

MAD Lions’ top laner, Andrei “Orome” Popa, joined us for an interview. The Romanian has often been a topic of discussion. His teammates had all stepped up and shown their brilliance in flashy ways, but it had been quieter on Orome’s side. Until this week, that is, where he was by far the best-performing player on the squad. We spoke to him about his ability to carry games, and how it affects him when people question his abilities.

Hotspawn: In this interview, I want to focus on your fantastic Renekton performance in the game against Fnatic. Up until now, many people were questioning if you had the ability to carry a game. Well, here you are, having carried a game. How does it feel?

Orome: *laughs* I mean it feels great to prove people that I can carry a game, and that I can perform on a good level after there was so much discussion about it. Obviously, until recently and especially in the Spring Split, we haven’t been playing around the top lane at all. It was hard for me to do much in the games as I wasn’t given the resources in-game. I think I did well with what I had, but obviously people will debate and assume that maybe we aren’t playing around the top lane because we couldn’t do that. “Maybe Orome fails when he’s under pressure, so he doesn’t want to carry,” or something like that, you know? Maybe they thought that I didn’t want the responsibility and just sit back and get carried. And all of these things are possible scenarios, right?

If you don’t actually go out there and show that you can carry a game, then there will always be a possibility for the viewers that maybe you can’t carry a game. I can’t say based on one game “oh look, I can carry!” *laughs* It doesn’t work like that. What I can say, though, is that in scrims I do play carries, and you will see more of this on-stage in the future. We are becoming a more adaptable team, so that we’re not a team that just plays around bot, stacks drakes, and wins the game.

Hotspawn: Have you ever doubted yourself that you could carry a game, or have you always known that you have it in you?

Orome: So, before I made it into the LEC I was always a carry player. All my career I’ve been getting all the resources. Like, all the resources. I would have no clue what was going on in the team, but in-game I would constantly think: “Gank top, or I ff.” I wouldn’t say this to my team, but that was my mentality. *laughs* Then I went into the Spring Split and all of a sudden I heard: “Gank bot or we ff!” Then [Humanoid] would say: “Gank mid or we ff!” Of course, you can’t play the game like this, so someone had to step back and learn how to play without the resources.

It was a new experience for everyone. We had a lot to learn as a rookie team. My teammates are possibly the four most talented people in the league in their roles. So from the start, I knew that I would have to suck it up in the top lane. In the beginning, we won games even without having good fundamentals, just because we were really talented. But as we learned the fundamentals and we understood the game better, we could swap in our playstyle as well and play new, maybe uncomfortable situations. And what time better to try out these ‘uncomfortable comps’ than during the regular Split? Once you get to Playoffs or even Worlds, you won’t be trying this anymore. You don’t want to lose the game because you’re uncomfortable with the champions that you have to play. 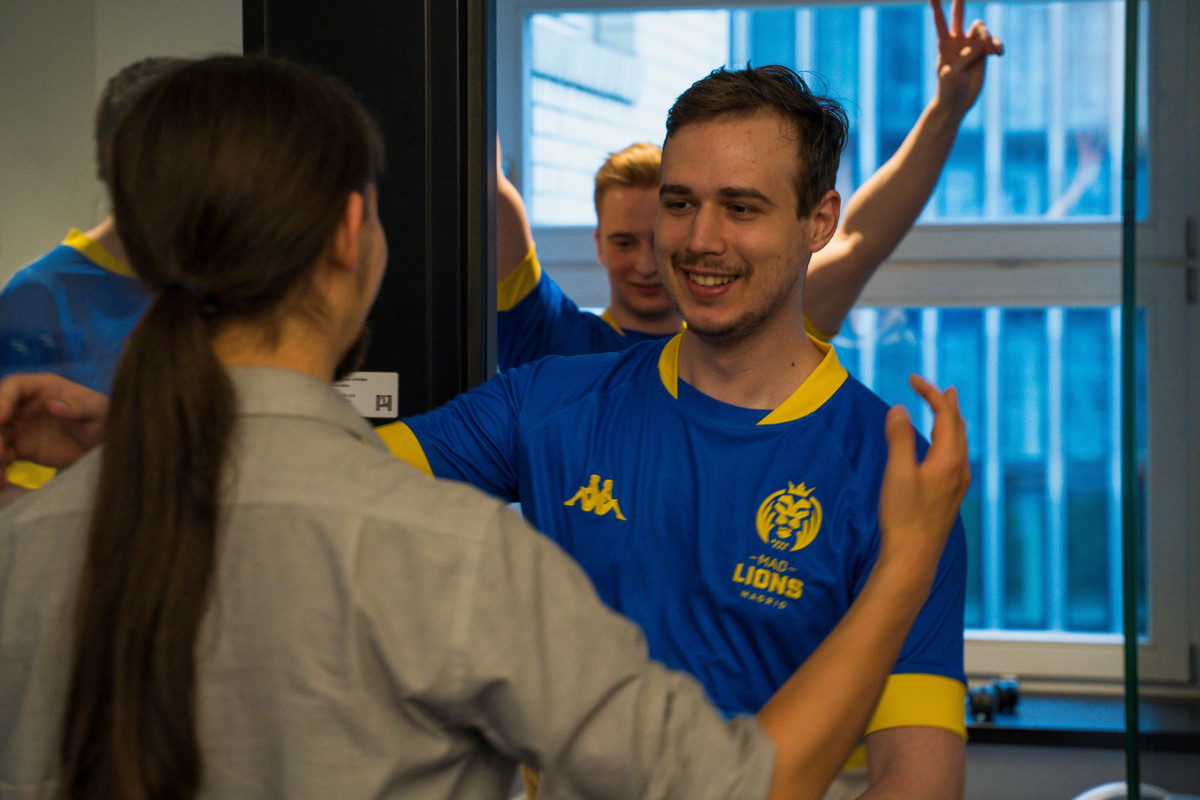 Hotspawn: There are two things I want to follow up on. Firstly, when people watch a competitive game, they will rarely consider that perhaps it’s just MAD Lions’ playstyle or a certain meta that puts you in a ‘quieter’ position. But they’ll still comment online and question your abilities. Does it affect you?

Orome: So, as I said before, I have the best teammates. They are really supportive. They always say: “Fuck the haters, we love you.” That helps me a lot. In general, I would say it does not affect me. It only affects me when I’m going through really rough periods. For example, in the Playoffs last Spring Split, I was really, really stressed. I was really feeling the pressure. I could not sleep because of the stress. I was in a constant state of being alert. That’s when those comments affected me a lot. But now, for example, I don’t care.

Honestly, if I think that I did well, I don’t care what anyone else says. Except for my teammates and coach of course. But if I consider that I did well, then they probably do the same because we have the same view on the game. I’ll give you an example. In the game against G2, where I played on Jax, people were saying I played well. I had a decent performance. But after that game, I almost felt like crying. I made two mistakes that were super fucking terrible to me. Mistakes I should never make. I just felt so said. I went to the coach and said: “I’m so sorry for this game.”

Hotspawn: Obviously, you know exactly what those mistakes were and what the impact on the match could have been in different circumstances. But still, it sounds like you’re really emotionally invested in your gameplay.

Orome: Yeah, of course. What I think about my play impacts me 100 times more than what other people say. I think a part of what made me so emotional about the Jax game is that it was the first time that I played a carry, right? I went into the game knowing that we had one Jax game of practice with our team. One game. And that game was a loss. It was horrible, not because of the pick but because of what happened in that practice game.

I knew that Jax was the best pick against G2, by far. It was not even close. But I also knew that we had almost no practice on Jax. My teammates kept saying: “You can play Jax. You can do this.” I felt like I had disappointed them with those mistakes. Someone has placed their trust in me, and I f***ed up. Of course, they didn’t look at it this way. But it is always worse in your head.

Hotspawn: The second topic I want to follow up on is what you said about your fellow MAD Lions players. You say that your four teammates are the most talented players in their respective roles. But what about you?

Orome: I really dislike judging people in the top lane and say “Oh this guy is good” or “This guy is bad.” There are just so many styles and different things you can do in the top lane. There are so many different ways to impact the game, or impact your team, or to just get yourself ahead. But saying that one player is good and the other player is bad is, and I don’t like to put it like this, but it is dumb. There are things that some players are really good at, and there are things that they are bad at. This goes for every single top laner in the league.

When I look at one of them, I won’t say that they are boosted by their team, or that they’re bad and that I can do anything I want because it doesn’t matter anyway. That would be a really stupid approach. What I do is that, every time before we play someone, I analyze their games. Then I’ll say what they are not doing well, and what they are doing well so I know to watch out for it. When I go into the game, that’s what I keep in mind. 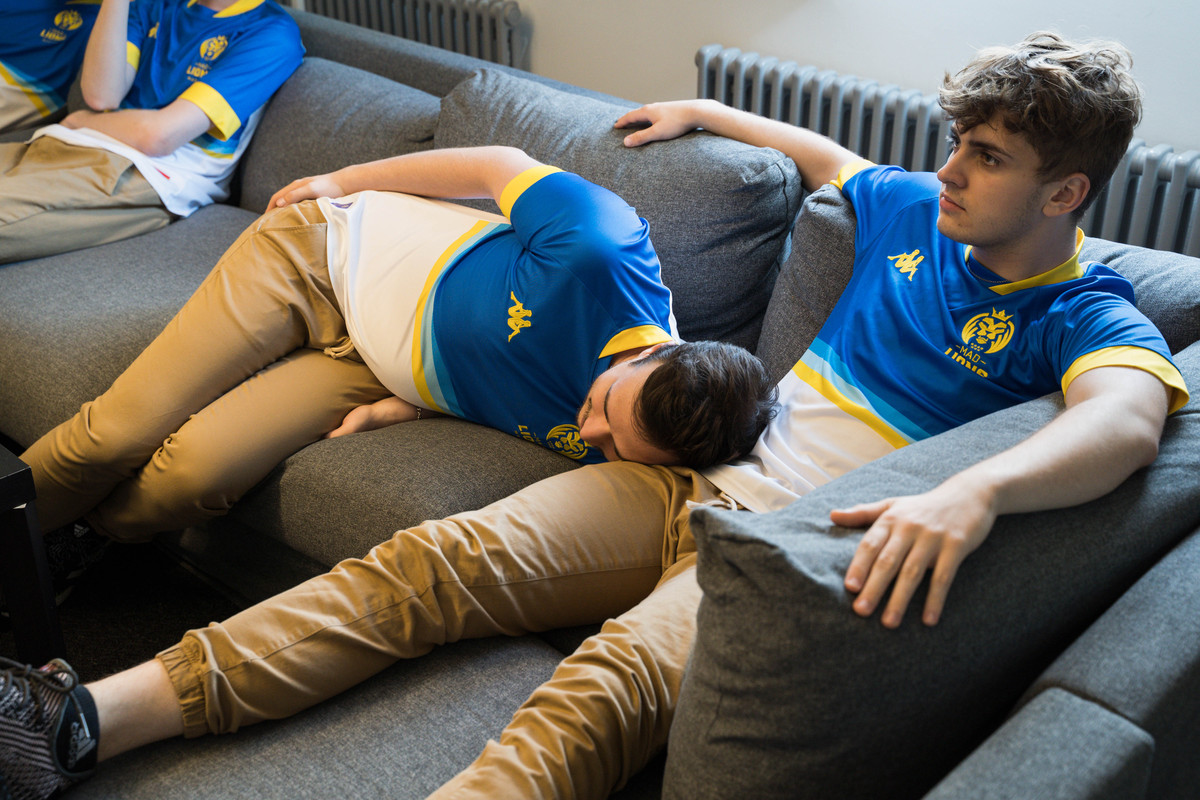 Hotspawn: Right, but talent isn’t only how people play now, it’s also how high they can potentially fly. If you look at top laners and their flaws, and how easy or difficult it would be for them to improve, who then has the highest ceiling of top laners in the LEC?

Orome: It’s hard to have a definitive answer. Let’s say that someone is really good at getting ahead in their lane. But he’s not very good at transferring that lead to be a benefit for his teammates, or to the game in general. And then there is someone who is really far behind in his lane every game, but knows well how to play with his team and has more of an impact on the game. Who do you call better? Who is more talented? That’s why I think it’s hard to say. You can say who is the most talented player from a purely mechanical perspective. I can say that Alphari plays almost every situation perfectly in his lane. He’s really fucking talented, mechanically.

Hotspawn: To round up the interview, I want to hear your thoughts about Rogue, your rivals for the #1 spot in the LEC. Some people call them a legitimate top tier team, whereas others say they hugely benefit from the meta and other circumstances.

Orome: Do you remember the interview Grabbz did last week? [On the LEC broadcast, red.] I think what he said is very true and I agree with almost everything he said in that interview. I also think that the meta favors them. They are a legit team, don’t get me wrong. I think, right now, they are better than Fnatic for example. But we will see if they can keep up their performances. But they also have weaknesses and they are less versatile than us or the other top teams right now.

Hotspawn: So you expect to win when you play against them, then.

Orome: Of course. When I play against anyone, I expect to win.

MAD Lions’ next opponent in the LEC is Origen, who they’ll play against on Friday, July 31st, at 8 pm CEST.