London Spitfire Cut All But Glister and Fuze 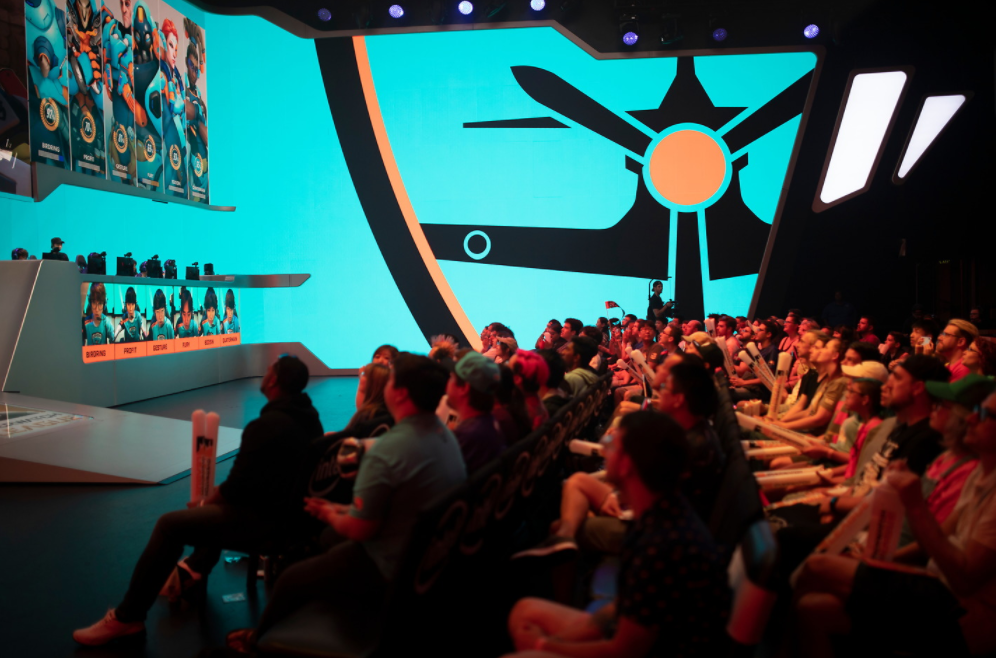 London Spitfire is cleaning house and taking their roster back to the drawing board in preparation for the OWL 2021 season. (Photo courtesy Robert Paul - Blizzard)

It is with heavy hearts that we must announce that we must bid farewell to our players. We have offered free agency to most of our players to ensure that they can find a new team to thrive in with the least amount of resistance. #AcesHigh pic.twitter.com/PqRIKHGAEn

Spitfire had a very difficult 2020 season. They switched Overwatch League divisions part way through the year, moving to South Korea in March. The relocation was in response to the ongoing global pandemic and driven by the fact that Spitfire’s team was made up entirely of South Korean coaches and players. While competing in the APAC region, they struggled to find any amount of success, ultimately placing #17 out of 20 total teams with a 6-15 season record. During the playoffs, they were eliminated by the Chengdu Hunters in the very first round, thus earning the lowest possible playoff placement of 7th out of 7 teams in the APAC region. For a team who won the inaugural season championship, Spitfire’s pitiful 2020 season was a bitter disappointment to say the least.

We would like to extend a sincere thank you to all Spitfire players and coaches that have displayed incredible resilience throughout all of our difficulties this season.

Spitfire cut the following players in the off-season:

Babel, Clestyn, JMAC, and Highly all saw regular playtime throughout their 2020 season, including competing in the Spitfire’s playoff match against Chengdu Hunters. Seven out of eight of the players who Spitfire released were OWL rookies in 2020, with only Highly having played in the league before this season. BERNAR and SanGuiNar, who were cut a few weeks after the rest of the players who were released, were also OWL rookies who saw a reasonable amount of time in the regular season.

On October 1st, before the 2020 OWL champion had even been crowned yet, London announced the release of four of their coaches, including Head Coach Cheol-yong “Agape” Hong, Assistant Coach Hyeon-sang “Pavane” Yu, Assistant Coach Young-bin “Twinkl” Lim, and Strategic Coach Geon-Yong “Sqix” Kim. The release of all of their coaches signalled that this team wants to rebuild from the ground up.

Today we farewell our coaching team of @Agape, @pavane_90, @BP_Twinkl and @OWSqix. We are all so thankful for the incredible effort you have each put into the team and we can't wait to cheer on your next successes!#AcesHigh #ClearTheSkies pic.twitter.com/foPEYqe6W8

After cutting essentially their entire coaching staff, London’s first move was to sign a new GM and coaching staff to guide their transition for 2021. On November 4th, they announced they signed Ysabel “Noukky” Müller to be their new General Manager. She served as the General Manager for British Hurricane for the past few years, where she led the team to unprecedented levels of success in European Contenders.

On November 12th, the team signed Justin “reprize” Hand and Xavier “CommanderX” Hardy to be their respective Head Coach and Assistant Coach next year. Reprize was formerly a coach for the L.A. Valiant and owns the Contenders team Revival. This will be his first Head Coaching position in the Overwatch League. CommanderX, on the other hand, served as Assistant Coach of the British Hurricane this last year. During his stint there, he helped lead Hurricane to an incredible year winning five contender titles and five minor titles.

Both are gearing up for the challenging road ahead, taking the Spitfire back to the Grand Finals, it won't be easy but they are prepared!https://t.co/1cLndgRGXG#AcesHigh | #ClearTheSkies pic.twitter.com/c5qiCEUiB1

London will need to sign at least three players before next season, and probably a couple more coaches as well. We will update this document as new information comes in.