LoL Patch 9.18 to Edge Akali, Aatrox Out of Meta 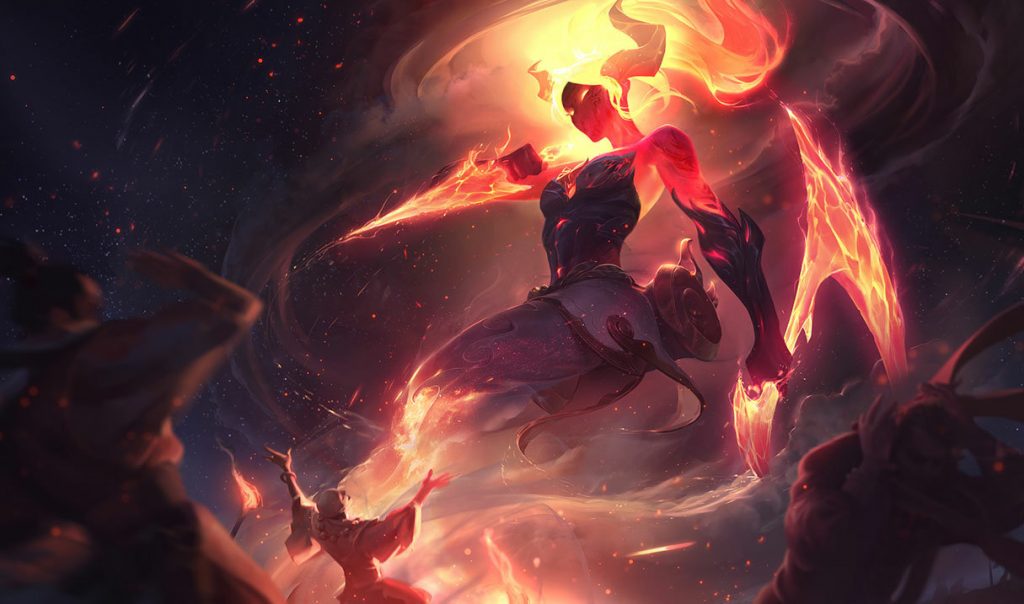 League of Legends Patch 9.18 hits the live servers on September 11 and despite its relatively small size, it’s packed with a few significant champion changes. Along with the release of four new Star Guardian skins, 9.18 aims to lay the foundation for the Worlds meta by closing the gap between a few highly-potent picks, namely Akali and Aatrox, and some others that may not be seeing as much play.

There’s only one LoL patch left before the 2019 World Championship begins on October 2. Although 9.18 doesn’t introduce any elements to the game that would change the way it’s played, its focus on champion balance will undoubtedly affect the meta. Specifically in terms of pick priority, major nerfs to solo lane terrors Akali and Aatrox will reduce their overall stock. To counteract this, traditionally niche picks such as Annie, Ekko and Teemo were gifted meaningful quality of life buffs.

It doesn’t matter how many times Riot has tried to kill Akali and Aatrox since their reworks, these two champions always seem to be a problem in professional play because of their overloaded kits. With nearly perfect pick/ban presence in pro play across all regions, despite low solo queue win rates, Riot felt nerfs were needed to keep them from dominating the Worlds meta.

Aatrox’s fate in this patch was much less dire, but just as detrimental to his laning phase strength. His passive, Deathbringer Stance will only heal for 25% of the full value when used against minions, rather than being the same across the board. The Darkin Blade (Q) will now deal a flat 40% of it’s max damage against minions, as opposed to its previous scaling from 50% to 100% from levels one to 18.

Compared to those two troublemakers, the other champions included in the LoL patch made out like bandits. The only other nerfs were two fairly light adjustments to Kai’Sa and Xayah, two of the most prominent marksmen in the game right now, and a small tweak to Nunu & Willump’s scaling. Miss Fortune, Jhin, Evelynn, Caitlyn, Aurelion Sol, Kayle, Lee Sin, Warwick and Zoe were all on the receiving end of some minor damage buffs, but Annie, Ekko and Teemo were the real winners of 9.18.

Annie and Ekko may have wiggled their way into competitive play with these recent changes. Annie’s simplicity has always been both her most valuable strength and greatest weakness. By granting a decaying movement speed bonus of 25% (+1.5% per level) onto her Molten Shield (E), Riot’s successfully given her a built-in answer to mobility creep, eliminating Annie players to use items and runes to mask her lack of an engage or escape mechanics.

After receiving buffs back in Patch 9.16, Ekko is getting the V.I.P. treatment in 9.18. With a newly added 2.25 stun duration on his Parallel Convergence (W), any foes unlucky enough to be trapped by Ekko can pretty much consider themselves dead. Don’t be surprised to see pros picking Ekko up as a counter-pick on the international stage, or to see him wreaking havoc in your ranked games.

Lastly, Runeterra’s most toxic top laner got some long-overdue special attention in this patch. Teemo’s receiving three quality of life buffs to add a bit more clarity to his gameplay. Blinding Dart (Q) will now provide a green indicator above afflicted champions to give enemies a better understanding of when they’re blinded. Likewise, Move Quick (W) will now display its duration in the form of a decaying bar above the ability icon.

The final change is that Noxious Trap (R) was buffed to make mushrooms more responsive and bounce infinitely off of each other rather than a single time. You’ll also be able to hold more charges at later levels.