LiNkzr: “When I Was In Talks With Houston, Both of Us Wanted to Buid Different Things” 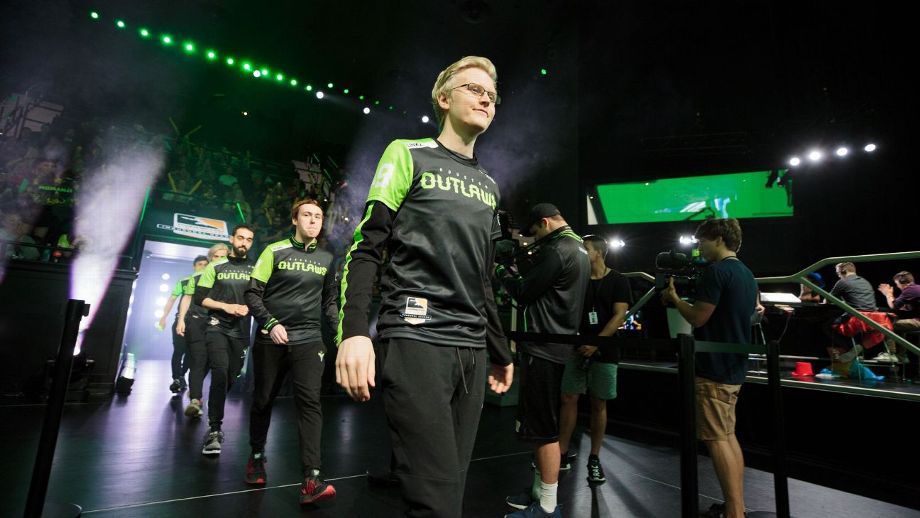 Overwatch League players may know how to play the game, but developing the ability to perform under pressure and remain optimistic through losses can take a lot of time. The Houston Outlaws have experienced those lows in the league and have begun to retool their roster in hopes of reviving the hearts of their fans. Many former Outlaws players have redirected their futures towards streaming, casting, coaching, and even returning to Overwatch Contenders. Seung-soo “Jecse” Lee and Jung-keun “Rapel” Kim went to the Dallas Fuel, and Dante “Danteh” Cruz was re-signed to the Outlaws, but there is one storied Outlaw who has also found a new home.

Jiri “LiNkzr” Masalin had been signed to the Houston Outlaws since his Overwatch League debut in 2017. From starter to substitute, LiNkzr watched his team suffer through losses while unable to contribute to the result. Released from his contract, LiNkzr announced his signing to the Vancouver Titans and is hungry to compete again and be amongst fresh talent that share his drive to win.

Hotspawn: You started your Overwatch League career with the Houston Outlaws and stayed with them for three years. How would you compare yourself, personality wise, from when you first entered OWL in 2017 to who you are today in 2020?

LiNkzr: I think my experience overall from the Houston Outlaws helped me grow as a person because in the first year I was kind of figgity, I was a bit — not anti social, but it took me a while to get to know my teammates in a close manner. So I feel like I learned a lot of social skills just by being on the Outlaws. That’s how it felt for me at least. All of them became my good friends and I miss them all. Having to experience that was super nice.

I didn’t really know how to deal with the losses.

Gigantti was my team previously, we met each other all the time. I was living with Zappis (Joonas “zappis” Alakurtti, former Gigantti tank player) and stuff, that was super normal to me. Getting into like a new culture and new environment was a scary thing at the beginning. I didn’t know how to prepare, I don’t think anyone did. I just hoped for the best and hoped things would work out.

Hotspawn: Well sounds like things are working out now! So the Houston Outlaws went through some ups and downs during your time there. How was your experience, was there anything you thought went well or could have gone better?

LiNkzr: I think the first season and the second season were really rough on my [mental health] — I didn’t really know how to deal with the losses. I didn’t really figure it out until later on in the league. Knowing how to help your teammates and how to construct things positively is something that I did, but being consistently in a position where the hard work that you and your teammates do isn’t showing results was super tough on my mental. But I think as years went on and I learned more about my teammates and more about myself, I kind of knew how to turn that into something more positive than being just like “Oh we lost, everything is over”.

Rawkus (Shane “Rawkus” Flaherty, former Houston Outlaws support player) helped me a lot with that. Me and Rawkus used to talk a lot when we were going through stuff, I felt like I went through stuff together with him. Then Danteh last year was the other one that we could have a dialogue about stuff. Those two were helping me the most when it came to dealing with the losses, scrims, how to be more constructive, how to be more positive, how to learn from this. I owe a lot to those two, for sure. 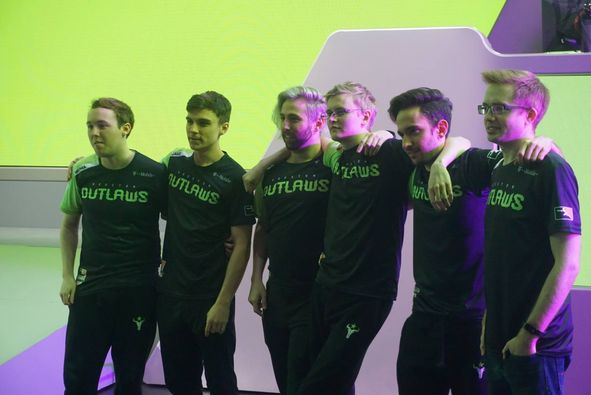 Hotspawn: You were a player on a popular team, and a player with still a large fan base. When going through these wins and losses, did this popularity put more pressure on you to succeed or did it help you feel more supported during the hard times?

Linkzr: I think our fans were always really supportive. I never felt like they were adding more stress to me. I always felt like I disappointed the fans when things weren’t going well, which I think kind of made sense. You want to put on the best show for the fans for them to enjoy and have fun watching. I always felt guilty a bit. There’s always thousands of positive messages that I’ve read during the three years and they always outweighed the negatives. They definitely helped me a ton.

Hotspawn: In the off season were you certain you wanted to find a new team? What was your thought process during that period?

LiNkzr: For me, the time that I was on the Houston Outlaws wasn’t the easiest and I kind of felt like I wanted to redeem that in a way. So if I played with the Outlaws I would have wanted to do something for the team that people could remember. But when I was in talks with Houston, it kind of turned out that in the end both of us wanted to build different things I guess. I think having an opportunity to play in a team that’s quite fresh to the league is cool, kind of like this give and take learning thing where both of us can learn from each other. I think that’s going to be a very interesting dynamic.

Hotspawn: You ended up on the Vancouver Titans. What attracted you to this team?

LiNkzr: When I was doing trials with them, I don’t know why, but I really liked playing with them. The structure was a bit chill. Justin (Justin Hughes), the manager, was super open and helpful about stuff. A lot of things that I personally sometimes dislike in esports — I didn’t see those things in the Titans, which made me inclined to be like “Maybe this team will be really good for me next year”.

I guess I can say when I was talking to Justin, he managed to be really open about having good dialogue about what kind of team he wants to build and what he wants from the team. I was really happy with how he managed to communicate that. Then when practicing with the team, everyone wants the same thing, so the team felt really cohesive overall.

Hostpawn: What do you think about your coaching staff, Flubby (Steven “Flubby” Coronel, Head Coach) and Pew (Ali “Pew” Anwar, Assistant Coach)? Anything specific you think they do well?

LiNkzr: I haven’t had too many discussions with everyone in the staff yet. Flubby and Pew, they seem to be experienced in the game. They have a good fundamental understanding of Overwatch which I appreciate. They have the personal experience of playing Overwatch at a high level and then they translate that into good coaching, which I like. I think they can help me become a more fleshed out player. Having a coach who has their own input in the playstyles and what’s good, what’s bad, and cross-referencing to what I’ve learned from the past, it’s super helpful for someone who wants to grow as a player.

LiNkzr: From what I’ve played, learned, and talked to people, I actually really like all of them so far. Me, Fire, frd, we had a little meet-and-greet with the fans and we were talking and sharing stuff about our careers and what we want. They’re nice people who are competitively driven, I think it’s nice to see that the new additions coming to the team are kind of like hungry improvement and for winning. When we were doing the tryouts, ShRedLock, Roolf, seem to be really level headed to be playing with new people — it wasn’t chaotic or anything. I felt like when we were practicing, we were super integrated. I felt very welcomed to the team overall, I feel good about the current roster.

Hotspawn: So how will this season with the Titans be different for you?

LiNkzr: Whatever roster we end up with and when we finalize things, I just want to make sure that the knowledge that I have from Overwatch I can put that into use and help the other DPS players to grow too. There were times that it was hard for me to be like watching, I was always so anxious about wins and losses. I want to be in a position where I feel like no matter who we’re fielding, we can do it, it’s our team, we win and lose together. I think my expectations will change along the way, obviously. I think we have a really foundation to build up from. Frd and Fire coming from Atlanta [Reign], me coming from Houston [Outlaws], we can have different cultures meshing in from different orgs. We can use that to build a completely new team. It’s hard to say where we will land, but I’m expecting good things from the team. 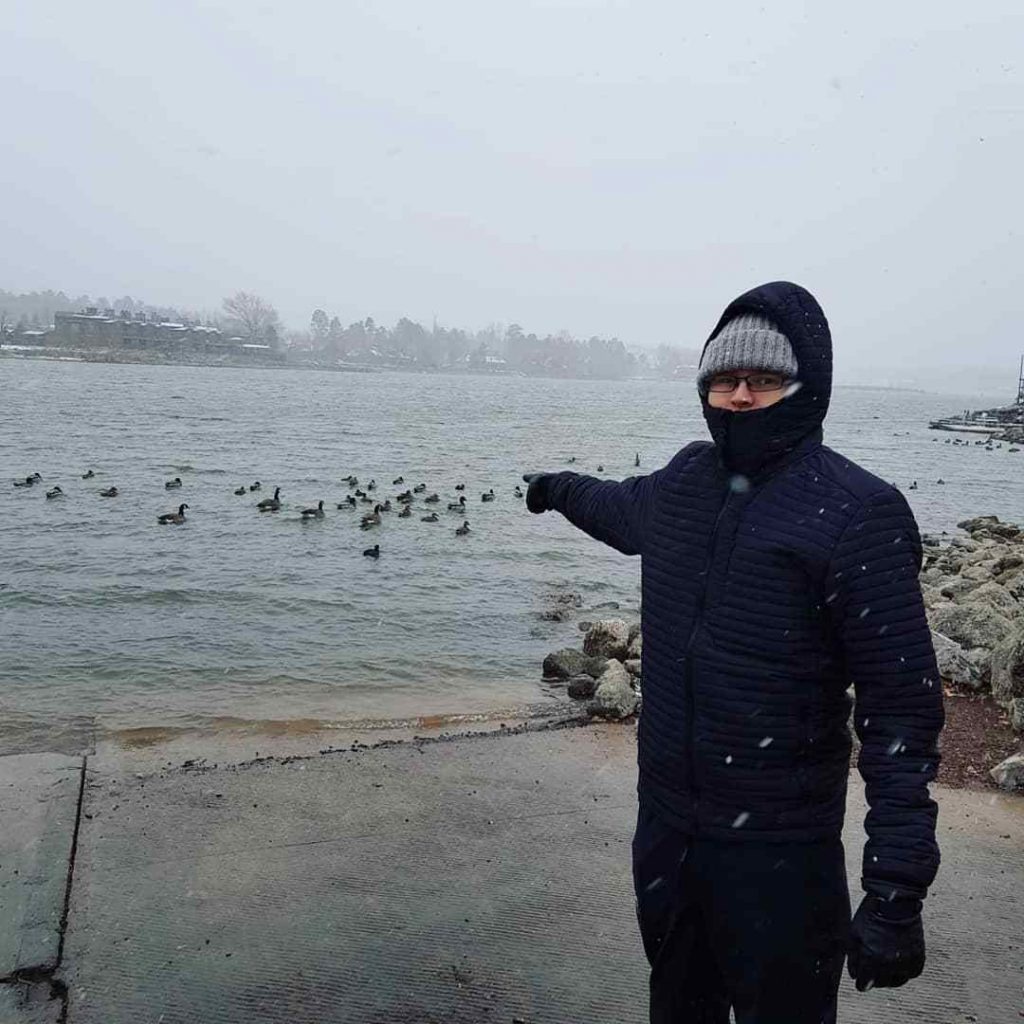 Hotspawn:  If the team house ends up being in Vancouver, how excited are you to live in Canada? Maybe somewhere with comparable weather to Finland.

LiNkzr: Yeah I’ll be living in Vancouver, and I’m super excited actually. Not only because the weather is something I’m really used to — I’m not really homesick necessarily, but I think the humidity of Houston was quite a big adversary for me [laughs] — it was a bit rough. Canada is a really beautiful place, Vancouver specifically. You have the cedar which I lived next to in Finland, the weather is similar — there’s’ a lot of nature, a lot of stuff that I was super used when I was younger. So maybe I feel more Canadian when I get there. I know a lot of ice hockey players from Finland that went to Canada to live and they enjoyed their time there. I have friends there and people who have been there before, and heard so many good things about the food and how beautiful the city is. So I think I’m super excited to kind of explore another city like Vancouver in my lifetime. The one thing I want to do in a new place is to experience the food culture. I was super picky when I was living in FInland. I’ll definitely try poutine.