LIMIT: “I Want to Show What I’ve Got in My First Playoffs.” 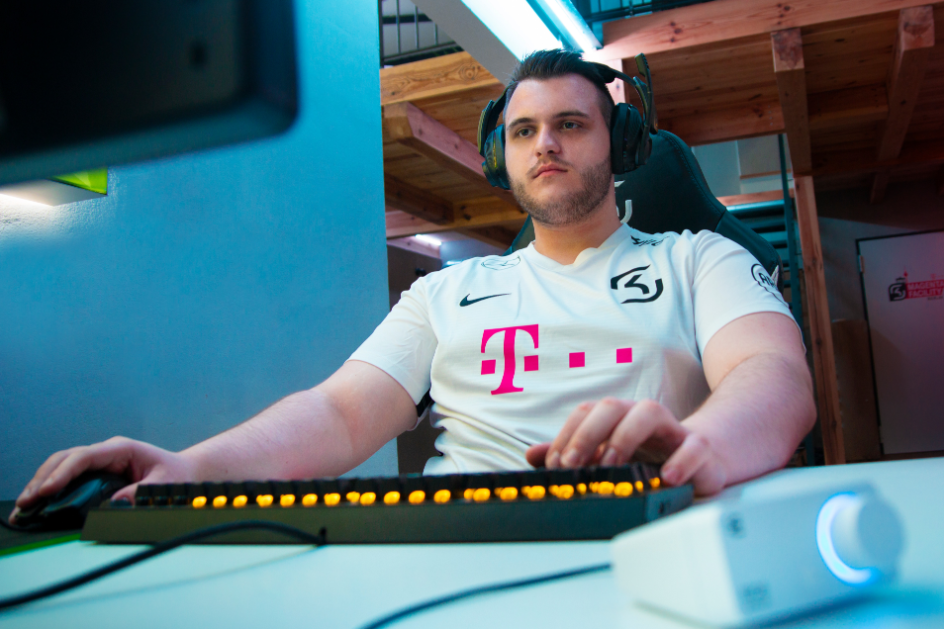 After weeks of mayhem, upsets, and stories of redemption, the LEC has finally locked in it six Playoffs teams. Up until the final day it wasn’t sure yet who would stay in the race for a ticket to the World Championship. Not for SK Gaming, however. They locked themselves in for the next stage on Saturday already, with a strong showing against Origen. After a disastrous Spring Split, the team now looks better than they ever have.

We spoke with Dino “LIMIT” Tot, the support player for SK Gaming, right after he was certain of his spot in the Playoffs. He spoke to us about the steps that were taken to lift SK Gaming up this Split, the goals he achieved, and what advantages his team has heading into the next phase of the LEC.

Hotspawn: Welcome, LIMIT! First of all, congratulations on qualifying for the Playoff stage with SK Gaming. The moment you secured your spot, what went through your head?

LIMIT: Well, I’m obviously happy that we made it to the Playoffs, right? Compared to the Spring Split, this has been a huge improvement from both me and the team. I don’t really show many emotions on the outside, but I’m relieved. *laughs* Since we just hit Playoffs, I guess I can say that the real work starts now.

Hotspawn: The Spring Split was indeed quite disappointing for SK Gaming. So what was your mindset, what goals did you personally have for the Summer Split?

LIMIT: Coming into the Summer Split, we made some changes that we thought would be beneficial for us as a team. When we started scrimming with the updated roster, the scrims actually went really well. At the start of the Split, we had really high hopes. I guess there was a bit of a honeymoon phase, I would say. But I saw that the team had a lot of potential. I knew and I felt that we could make it to the Playoffs if we just tried. I guess I was optimistic, I would say.

I would say that I’m a playmaker.

Hotspawn: Throughout this year, SK Gaming has played a lot through Crownshot, who has been the carry for the team on many occasions. How was that strategy shaped within the team?

LIMIT: Well, basically we tried several strategies in scrims. The most successful one was just playing through us, through Crownshot and me. Crownshot and I have a pretty good synergy together and we have a similar view on the game. When we are given the resources we need, we tend to take over the games or win the game for the team. I think everyone kind of understands this, so we’re just working together towards something that is beneficial for everyone.

Hotspawn: Let’s talk a bit about your role within the team. I don’t necessarily mean as a support player, but more as a person. How was this Split for you, and in what ways have you grown within the team?

LIMIT: I think I played much better than I did in the Spring Split, for sure. I was allowed to play some champions that complemented my strengths, I guess. I wasn’t stuck on Braum or Tahm Kench duty.

Hotspawn: What are your strengths as a support player?

LIMIT: I would say that I’m a playmaker. I see opportunities that other people maybe don’t see. I kind of want to push people too. I think I just excel more on these champions than on some of the defensive champions. Not that I can’t play defensive champions, of course. Bard, Rakan, or Thresh… Those champions I like.

Also, we added Jesiz to the team as a coach. Together with Kanani they also help me quite a bit with knowing what my responsibilities are, both as a player and as a teammate. They tell me what I should focus on to bring the most value to the team. I think they help me quite a lot. Of course, I’m still learning basically every day. 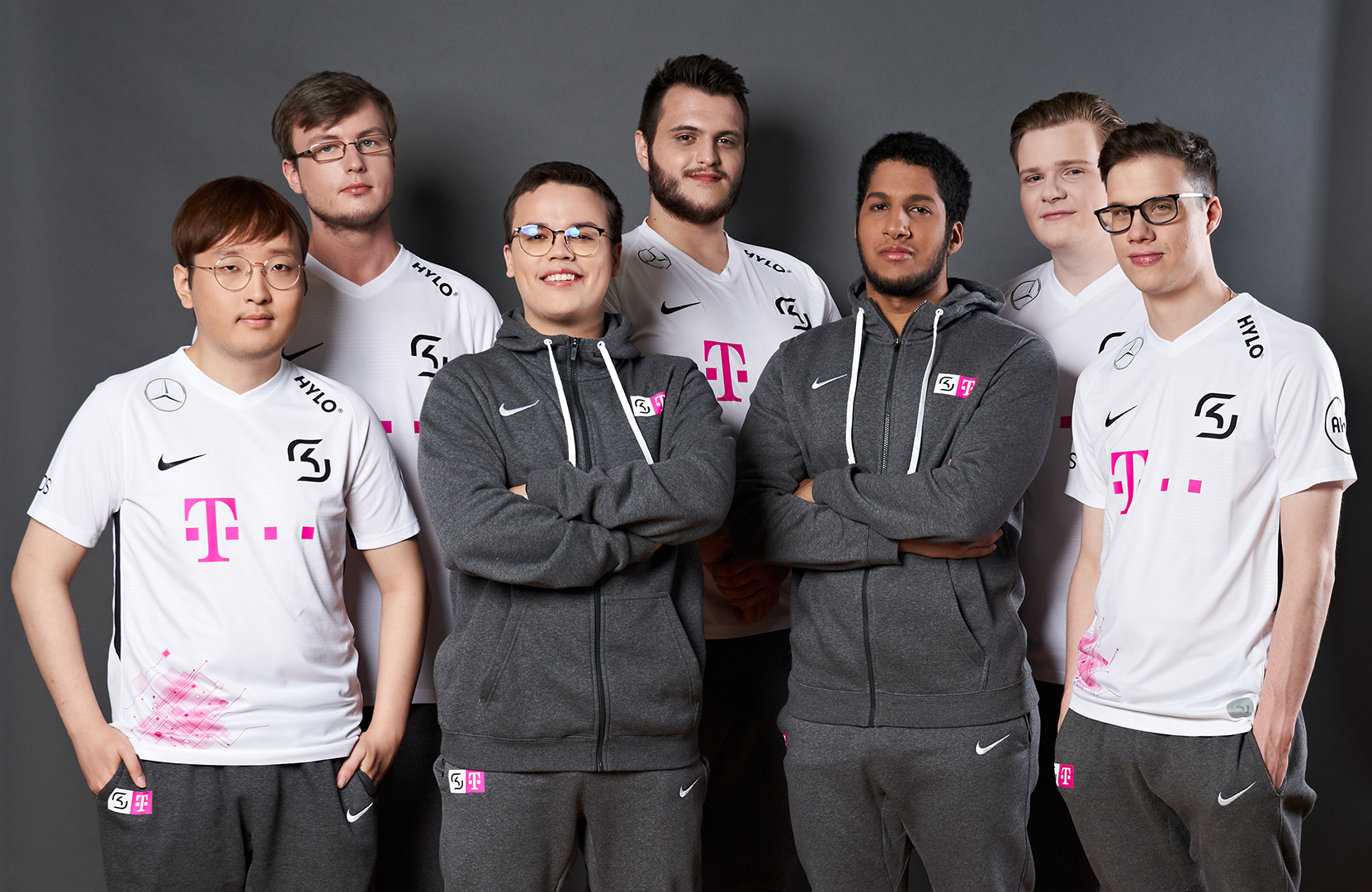 SK Gaming face Schalke 04 in the first round of the Playoffs. (Photo courtesy SK Gaming)

Hotspawn: Now, let’s talk a bit about the match against Origen this weekend, because that’s when you locked in a spot for the Playoffs. From the get-go, your team was aggressively playing against Alphari, trying to shut him down. Was that a strategy you had decided on from the get-go?

LIMIT: I mean, if you look at Origen you would generally agree that Alphari is their best player. We knew that they were desperate. They were grasping at their last straws because it was their last chance to stay in the race for a Playoffs spot. We thought that Origen would try to win by playing through Alphari, which they did. They had the Ornn flex pick suddenly going mid, which gave them a good matchup in the top lane. We understood that, if we shut him down and just play it correctly from there on, we would have a good chance of winning.

We’re just a much better team than they are, right now. They are on a slump, and the energy around them is just really dead. We couldn’t allow ourselves to lose. Even though their players are really good if you look at the roster. But it’s just… something is not working for them. They play really poorly as a team. This is why we just didn’t allow ourselves to lose to them, you know?

Hotspawn: You mentioned playing Bard earlier, and in the game against Origen, you had a few very memorable moments with a few of your portals. What happened there?

LIMIT: *laughs* The one in the dragon pit, with Camille… oh man. Now I should probably say that it was all part of my plan, but I think it was just all an accident. Alphari and I were clicking around each other. He went through the portal, I didn’t, but then the Camille Ultimate brought me back… I don’t know. It was such a weird interaction. I think that’s what saved me. The second one was at the Blue Buff, right? First of all, I shouldn’t really be there, in that position. I should get punished there. But I guess the game really wanted me to live, you know? *laughs* Those were some fun interactions, yeah.

Hotspawn: The match against Origen was really impressive, to be honest. You guys were playing with fire, aggressively punishing them for their mistakes. Did you easily find that confidence to play so proactively?

LIMIT: I mean, of course when you see a team that is making mistakes, doing things they shouldn’t be doing, you should always punish them. Obviously it can be kind of hard to do that on the stage, since not everyone wants to take risks. Everyone wants to play slowly. When you see your opponents play like Origen, it’s like a 50/50. Either they’re just baiting you, or they’re trolling. Most of the times it’s that they’re trolling, and they’re not playing well. So we just punished them. We had really good champions for it, and we used them.

Hotspawn: Was there a specific point in the game where you realized the game was over, and that you had locked yourself into Playoffs?

LIMIT: I guess when we got the Ocean Soul. Then it was over for sure, and there is absolutely no way we can lose after that. Actually, I think the game was over when we got the second inhibitor. By then, it was pretty over for them.

Hotspawn: Now, looking forward. You have Playoffs in the bag. Those are a big hurdle, though. There are teams more seasoned in the best-of-five series, but they’re also the best teams in the LEC. What do you think is an advantage SK Gaming has in the Playoffs?

LIMIT: I want to say that we’re ready to play almost everything. I think we have a wide variety of champions we want to play. We still have many champions that we haven’t shown, so teams should look out for that. I also want to say that we’re a really hungry team to prove ourselves. I want to show what I’ve got in my first Playoffs. It’s also ZaZee’s first Playoff, right? Also for Jenax. Only Crownshot and Trick have been to a Playoffs before. So, three of us have something to prove for sure. We’re just going to play with that attitude. We’re going to give more than the enemy, for sure.

Hotspawn: And what could be a disadvantage in the Playoffs?

LIMIT: It’s what I mentioned, I think. Maybe the inexperience of the team could be a disadvantage. Best-of-fives are something completely different from the best-of-ones we play in the regular Split. It’s completely different when you just prepare so much for just one team. We’ll have to see about that. I’m still not sure if the Playoffs are going to be played online or offline. But if they’re offline, maybe the stage is going to impact our performance. It could be that someone plays worse when they’re on the stage. But maybe they’ll play better. Who knows? That’s just a question mark for us.

SK Gaming’s next match in the LEC will be against Schalke 04 on Friday, August 21st, at 6 p.m. CEST.