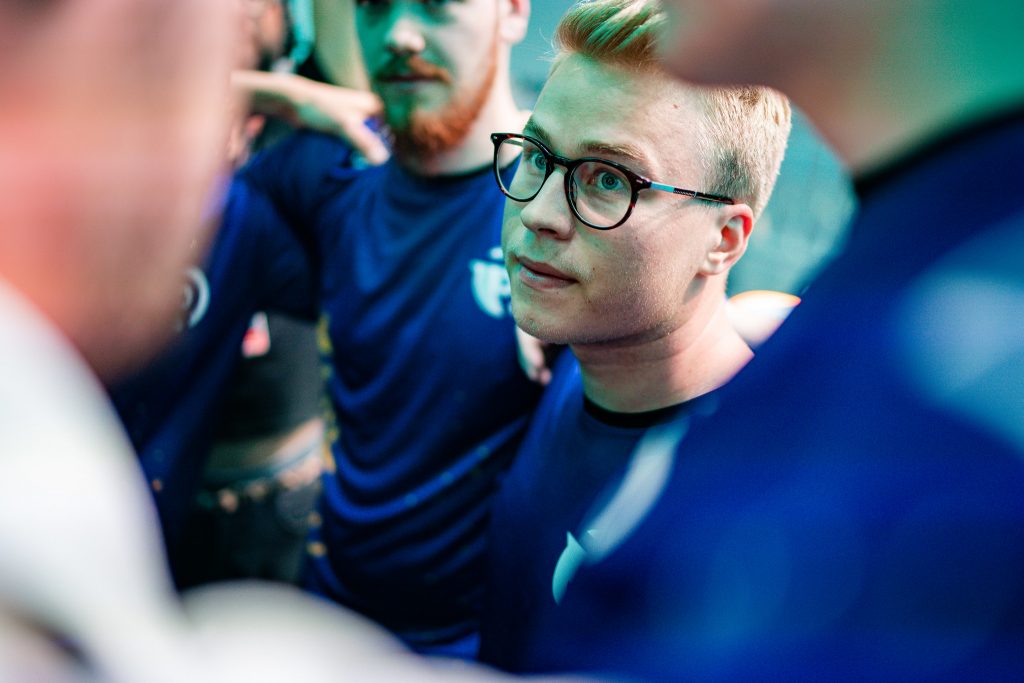 In the LEC, Origen have become embroiled in a mid-table battle, alongside Schalke, Misfits, Rogue, SK and Splyce. (Image via Riot Games)

As Week 2 of the League of Legends European Championship wraps up, it’s clear there are packs forming in the standings. Two undefeated giants in G2 Esports and Fnatic stand atop the Summer pile, while Excel Esports and Team Vitality have had a woeful start to the second split of 2019. We look at the storylines that have emerged two weeks in for the LEC.

While G2 Esports and Fnatic streak ahead with two undefeated rounds, and Excel Esports and Team Vitality are still searching for their first win of the season, the middle of the table has remained consistent across two weeks.

In the end, there were no changes in the standings whatsoever when it came to the European Championship. If a team went 2-0, 1-1, or 0-2 in the first week, they came right back in the second round and chalked those same results.

That leaves six teams level on 2-2, and locked in third place, and quite early on we can see the potential battles of the season emerging for the Summer campaign. The main interest here is that all but two teams are potentially going to be in for a shot at the playoffs.

If Fnatic and G2 stay on track, for the most part, then they should lock in the two bye-round positions come seasons-end. Then, if Vitality and Excel fail to fix their core problems, their 2019 will end in disappointment.

It’s the midfield battle that’s going to be most interesting in Summer, if results stay the same. If we keep eyes on the six teams with mixed results so far, we may say the key storyline of the season. With G2 and Fnatic potentially looking like 66 percent of the European representatives for Worlds too, the six-way battle for that third qualification slot will be just as spicy as the run for the four playoff spots up for grabs at seasons-end.

Just two teams have failed to claim a victory so far in Summer, with Team Vitality and Excel Esports languishing in ninth-place after their 0-4 starts to the split.

While Vitality have, like Vitality often do, gamed themselves on the Rift a few times, and shaped up against G2 in the early game as they fell 23-10 in 25 minutes, Excel have failed to even produce snippets of League of Legends in their first four appearances.

So far, the English-based organization has played 136 minutes on Summoner’s Rift in Summer, against Schalke, Rogue, Misfits, and Splyce. In those two hours of games, Excel have recorded just twelve kills, while they’ve given up 52 in return.

The team’s biggest lead of the season so far has been 1.1K gold against Rogue in the 14th minute, as Marc “Caedrel” Lamont collected two uncontested drakes. As soon as the kills started flowing, Excel slipped back into a disadvantage. They ended 8.3K gold behind Rogue.

The key problem for Excel is simply that they look lost on the Rift. Whether this is because they have no strong voice in-game or they’re being directed to play a certain way by head coach David “DLim” Lim, remains to be seen.

If it’s a shot-calling issue, the team may not be able to recover in Summer. If it’s a coaching issue, perhaps an early change is in order for the squad before too much damage is done. As Europe’s cellar-dwellers continues to struggle, however, it becomes clear something has to be done. It’s just a matter of how long the org waits before making the call.

Last split, Fnatic had a woeful start to their Spring run. Bedding in Tim “Nemesis” Lipovšek was always going to take time, but it seems like there was another simple solution for Fnatic’s mid laner—bench Lissandra, permanently.

Throughout Spring, Nemesis played the Ice Witch nine times, and her priority was an indictment of how Fnatic were approaching the game. Without Rasmus “Caps” Winther, it was clear Fnatic felt they didn’t have an explosive player to guide them forward anymore. Whether Nemesis deserved it or not, the call had been made to put him in a supporting role.

Now the chains are off for the Slovenian star, and the whole team looks better for it. This weekend saw Nemesis free to lead from the front his own picks – Sylas and Twisted Fate, as it turned out – and he played a vital role in securing Fnatic’s second 2-0 weekend of the split.

Nemesis dished out a game-high 12.9k damage to champions on his Sylas pick against Origen as Fnatic battled to a 30-minute victory. Then, a sidelane-pushing TF game saw him finish 0/0/7, but with the job done. His Destiny ultimates tugged Origen across the map and left them scratching their heads as the Nexus exploded 27 minutes into the match.

It’s perfect timing for Nemesis to hit team-boosting form. He now faces Fnatic’s old mid laner Caps, who comes into the matchup fresh off international glory with his new org. If Nemesis has turned a corner in his talent in LEC, now is the time to prove it.

Game of the Day: G2 Esports vs Fnatic

Just three weeks in, and we may be staring down the barrel of the game of the season. Both G2 and Fnatic come into the Round 3 clash on Saturday undefeated with a 4-0 record, and dominant in their showings too. The split will be far from over after both clubs play their fifth games, but this will be the match that determines who is setting the pace in Summer.

Game of the Day: Misfits Gaming vs FC Schalke 04

Schalke and Misfits are both on 2-2 records after two rounds, but their wins have not been spectacular. If either roster wants to stamp their authority on the Summer split, they’re going to have to defeat table rivals, and this is the perfect opportunity for both to begin to put some distance between themselves and the brewing midfield battle that will define the season.