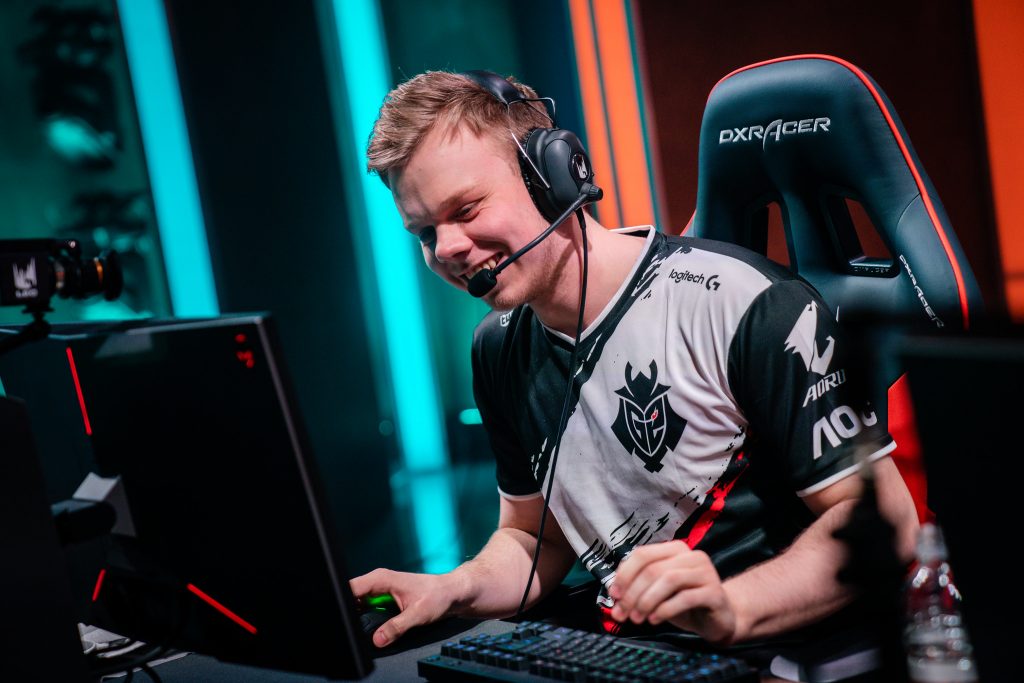 Week 1 of the League of Legends European Championship (LEC) has given us a series of interesting results, with just two teams coming out of the round undefeated. Will G2 Esports and Fnatic be the Summer’s pacesetters or are teams just slow to kick-start their campaigns? We look at the key storylines after the opening round in Europe.

The two undefeated teams, G2 Esports and Fnatic, are once again shaping to lead the pack in Summer 2019. Between them, the two orgs boast twelve European titles, and it’s likely they will once again be battling it out to open the doors of their trophy cabinets.

Both squads had interesting chances between their opening Friday victories and their wins to close out the weekend. G2 basically speed-ran their game against Splyce, sweeping aside their opponents in just 23 minutes. Meanwhile Fnatic took a 31-minute win against SK Gaming that was stunted by their choice to team fight with a split-push composition. Overall, pacy games for both orgs as they opened their accounts.

Then, their Saturday games stretched out. G2 took 12 minutes longer to seal the deal against grand final rivals Origen, while Fnatic stayed on the Rift nine minutes more than their Friday outing. Overall, the two giants had slowed down after their breakneck openers.

One thing’s for sure: despite the slower pace on Saturday, G2 and Fnatic are shaping as the teams to beat. And for G2, even after they lost three members in a push for the Nexus against Splyce, solo laners Rasmus “Caps” Winther and Martin “Wunder” Hansen were able to turn around a 2v5 and show that G2 didn’t win their international title by luck. They’re quite possibly the best team in the world.

So eyes turn to Fnatic, who are hoping to keep pace with the MSI victors. Their second win against Misfits was scrappy, slow and, even after putting ex-teammate Paul “sOAZ” Boyer monstrously behind in a camp-combo with Gabriël “Bwipo” Rau and Mads “Broxah” Brock-Pedersen, took a major late-game effort. It’s clear they’re a rung behind G2 right now, but how far back is what they’ll be looking to prove over the next few weeks.

Touted as one of the playoff contenders ahead of Summer, Vitality have had a torrid start to their second split campaign. By comparison, while Excel has had roster difficulties and suffered a 0-2 weekend for it, Vitality changed nothing about their team composition and still got whacked across the Rift twice last weekend.

First, the squad struggled to find their footing against Origen’s Sona/Tahm Kench pick bot lane, and tumbled to a 22-4 loss in 28 minutes. Then Splyce swept them aside with a 15-6 win in a similar time. It was a bad look for the team as a whole, but in particular, Daniele di “Jiizuke” Mauro looked lost, and potentially even tilted across the weekend.

Jiizuke, the Italian Stallion, picked Azir as a late-game carry, and died four times for just two assists. The next day, he died once more and recorded one less assist on assassin-pick LeBlanc.

Despite being put on carries for both games, Jiizuke had scored zero kills in nearly an hour of League of Legends. When he dived Tamás “Vizicsacsi” Kiss’ top lane Poppy pick, it was clear he was letting emotions get to him in a big way.

Vitality qualified for Worlds in 2018 and played a major role in defining the meta-breaking playstyle that changed international League forever. The metagame has swung in their direction across the world, but they just look lost on the Rift. These are worrying signs for the organization so early in the Split.

Rogue made steps to fix their horrible 2-16 performance in Spring, bringing in young talents Kacper “Inspired” Słoma (jungle), Emil “Larsson” Larsson (mid lane) and Paweł “Woolite” Pruski (bot lane). The jury’s still out about whether they are an upgrade.

The young trio, who were paired with Korean import Kim “Profit “Jun-hyung and veteran commander Oskar “Vander” Bogdan in the season’s opening weekend, had mixed debuts. Inspired was strong in the team’s defeat to Misfits on Friday, but Larssen and Woolite were invisible as the team fell in 28 minutes.

It was Saturday that has “inspired” hope for Rogue, and shown they may have made the right call. The roster scored a 14-3 win over Excel, with all three of the promoted rookies shining.

Young rookies may hold the key for Rogue in regards to reaching Summer playoffs. Image via Riot Games

Woolite especially, who had dragged his side down in the Misfits defeat, chalked up a 5/1/6 performance on Xayah. Larssen was the standout, however, proving that rookie European mid laners may just get a buff when they debut—he finished 3/0/8 on Azir, having dished out 17.1k damage to champions.

If Rogue can look to their young trio, especially Inspired and Larssen, they may just be on the right track to pushing for playoffs after a forgettable beginning to their LEC story.

Game of the Day: Fnatic vs Origen

Fnatic lost their chance to face G2 Esports in the Spring grand final after Origen shocked them in a 3-1 in Rotterdam. This is the boys-in-orange’s chance to prove they’re over their Spring struggles and get revenge for their finals disappointment last time out.

Game of the Day: Excel Esports vs Splyce

Excel recruited with eyes for improvement in the mid-season break, but have started 0-2. As a team many are predicting to do well in the mid-table battle, Excel will need to prove they’re up to Splyce’s level if they are serious about breaking away from last place in Summer.