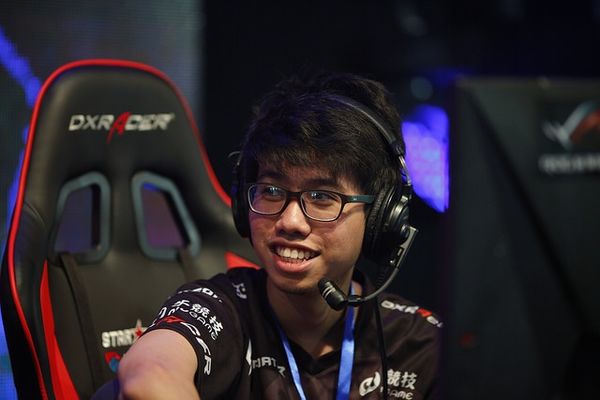 It seems that although it’s a new year, Carlo Palad aka Kuku is still being haunted by his racist in-game communications from 2018.

It seems that although it’s a new year, Carlo “Kuku” Palad is still being haunted by his racist in-game communications from 2018. Shortly after the incident happened, Matthew “CyborgMatt” Bailey, Team Secret’s Manager, posted a series of tweets that stated that Kuku had been banned from attending, and potentially entering, Chongqing Major. This became a big issue as it was the first time that an organization was taking steps to disallow a player from participating in a Dota 2 tournament that wasn’t based on an official Valve ban/suspension. Much of the professional community rallied behind Kuku as it is one thing for Valve to issue bans and suspensions but for a tournament organizer or country to ban a player was a completely unheard of and unfair practice.

Valve eventually stepped in posted a blog post that clarified the situation stating that Kuku had not banned by the Chinese government and would not pose a security threat. But, here we are again.

According to a translation of Cybersport.ru’s article posted earlier, World Electronic Sports Games 2018-2019 (WESG) representatives had released the news to Cybersport that Kuku had received a ban from the Chinese government prohibiting him from participating in the WESG. The following is a screenshot from Cybersport appearing to be a statement from WESG to either TNC or Kuku informing them of his ban.

It’s important to note that while Kuku did receive a ban from participating in the Chongqing Major, his ban was a result of TNC’s mishandling of the situation and not a direct reflection of Kuku’s actions.

Doesn’t Look Positive for the Future

As of publication, there’s been no official confirmation from WESG that Kuku is banned nor has there been any word from Valve. While this situation is not unique as we heard in December that Kuku had been banned, we’re again faced with a challenge that poses to set a precedent for all esports – should countries be able to ban esports players with/without cause from events that take place within their borders? It’s one thing for an organization like Valve to ban a player for cheating or match-fixing but it’s a completely different thing for countries to operate autonomously without the direction or supervision of the corresponding game’s organization.

Update 5:55 pm February 11th, 2019: DanielJ_Valve on Reddit posted that Valve has been notified about the situation and that Valve was told that the local officials have expressed security concerns but did not communicate an official player ban. As stated previously, Valve is not concerned about any aspect of safety and they don’t anticipate any problems regarding the International in Shanghai this summer. Daniel did note that it is possible that the situation has changed for Chongqing meaning that they could’ve issued an official ban.