The Damaging Effect of Racism in the Dota 2 Community 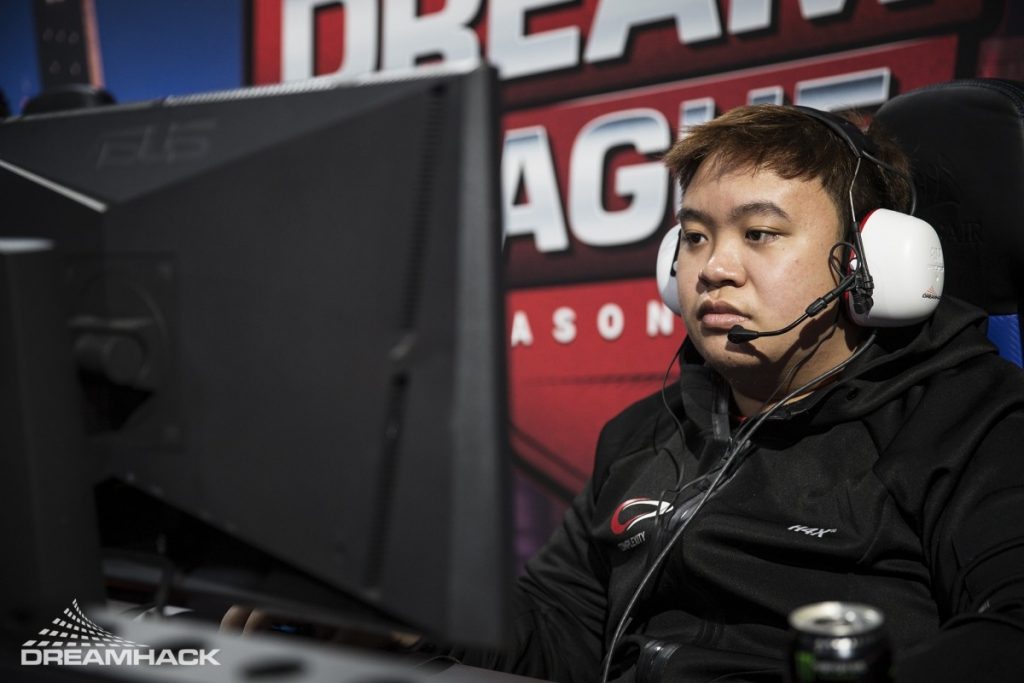 The Dota 2 competitive scene has recently had multiple incidents where players have said inappropriate comments both on-screen, in-game and on stream.

Dota 2 has a complicated relationship with professionalism. Our competitive scene has had multiple incidents from both players and personalities where members of the competitive scene have said inappropriate comments both on-screen, in-game and on stream.

Last week there was an incident where a member of compLexity’s Dota 2 team performed an inappropriate taunt in their DreamLeague match. After the incident was detected, compLexity committed to reprimanding and fining the responsible player, Andrei “Skemberlu” Ong, and the team apologized for the incident. They also assured their fans that this behaviour would not be tolerated nor will it be repeated. It was a good response to an incident that happens far too often in amateur games but it felt more like damage control than addressing the systemic problem of racism in the community. What was stopping this from happening again and why wasn’t Valve stepping in to hold its teams, and subsequently its players too?

The lack of involvement from Valve became extremely apparent when TNC Pro Team’s Carlo “Kuku” Palad did the same taunt against a Chinese team days later. This time the taunt spurred Chinese Dota 2 fans to take action against Valve for not stepping in. They boycotted playing Dota 2, they refused to add any money to their Steam accounts, and they started to mass post negative reviews of Dota. Since November 7th, over 7,500 negative reviews were posted on Steam many of them citing Valve’s and TNC’s lack of punishment for Kuku’s action as the reason for leaving a negative review. One user by the name of Tserof Xu detailed how League of Legends and Overwatch players have been banned for saying racist things and the dichotomy between the action the orgs took versus Valve was unconscionable.

Many community members were appalled at the lack of response from TNC Pro Team and felt that Valve needed to step in to rectify the situation. Before long, Xu “BurNing” Zhilei posted on Weibo that Valve had responded to his emails and they agreed that Kuku’s behaviour was unacceptable. They said that Kuku had been fined by the team. Seeing a response from Valve was a great step forward but without anything official, it just seemed like another example of good customer service rather than Valve creating a standard to hold it’s competitive players to.

Almost as if stepping in to take a stand against racism in the absence Valve, Peter “ppd” Dager tweeted out a graphic in regards to the multiple incidents of racism that had happened over the past week. In the graphic Ppd, Johan “n0tail” Sundstein, and Roman “Resolut1on” Fominok came together to verbally address the incident. All three players focused on the importance of language, especially as community leaders. Their joint condemnation of racism resonated with the community and it was a great display of how players should use their platforms responsibly. We all still noted the absence of Valve but we didn’t hold our breath waiting for them to get involved.

Surprisingly, Valve posted a blog entry titled “The Major and Professional Dota Players” the day after ppd’s tweet on November 10th. The blog post focused on how diverse our Dota 2 community is and that Valve will not tolerate any racist language in their competition scene. Their stance on racism weaved together the intricacies of what happens when a pro player engages in this sort of toxic behaviour and how it affects the fans, and ultimately the community. Valve concluded their post with a vague yet powerful warning – players who do not uphold these values should be prepared for punishment.

While it’s admirable that Valve hopes that “the players and the community around the world will become better educated,” where is the reinforcement to support such a hope? Is there a program to be set in place to educate younger players on what racism looks like in game? Will Valve be stricter with communication abuse in game if it relates to racism? How does hope change an systematic problem like racism? All these questions are left unanswered because ultimately, nothing was done to be proactive about this system problem.

Seeing Valve and various professional players speak out on the issue of racism is encouraging as it signals a change within the community or at least draws attention this prevalent issue. Things won’t change overnight but it’s a step forward. It’ll be up to Valve to be vigilant and maintain their stance on this issue should anything arise in the future.

Dota 2 Other
Share
Gillian Langland
Gillian is Hotspawn's Communication Manager. She is also a lifelong gamer with a habit of getting distracted by random side quests, falling in love with fictional video game characters and forever buying wards as a position 5 in Dota 2. You can normally find her watching far too many Twitch streams to be human and rambling about esports community issues with a cup of coffee in hand.
Follow me