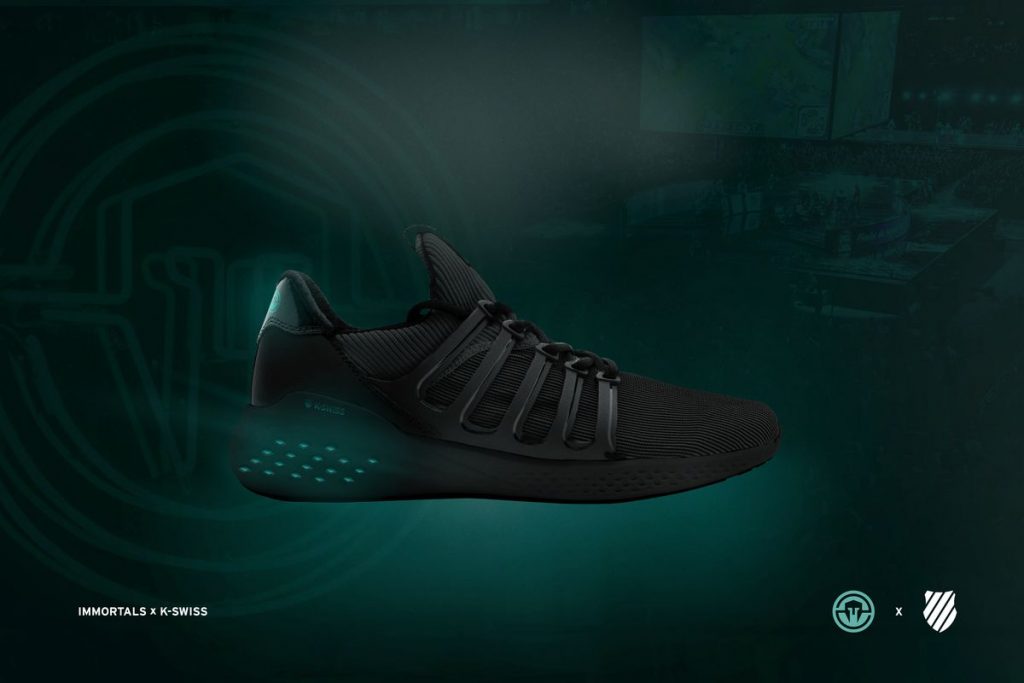 K-Swiss’ first esports shoe comes through a partnership with North American esports organization Immortals. The first shoe they released is a lifestyle sneaker called the “Icon.”

Major apparel brands are slowly entering esports. Nike featured League of Legends star Uzi in an ad alongside LeBron James, Adidas sponsors a couple esports organizations, including Fnatic. But the company leading the way in esports sneakers is K-Swiss.

A sneaker company that began with tennis shoes, K-Swiss was bought by Korean firm E-Land World Limited for $170 million in 2013. As has been the case for esports history, Korea is leading the way in the esports sneaker business.

The company released a video featuring Clash Royale player The God RF walking through the streets in the new shoe:

As The God RF walks through a construction site, there’s a poster on the wall that says “The Grandmaster, coming 2019.” That’s a hidden tease for K-Swiss’ next shoe, the first esports performance sneaker.

While they haven’t released many details about that shoe yet, they have been working on the design process.

“Our designers went to the Immortals campus and asked them ‘what are you looking for in a shoe?” said Patrick Buchanan, the Global Marketing Director for K-Swiss. “It needed to be breathable, it needed to be easy to get on and off players feet, but most importantly, it needed to be a really good looking shoe.”

The sneaker culture in esports is massive. Teams have even gone as far as custom designing shoes for their players, even without the apparel companies backing. Custom Nikes in the style of Overwatch characters go viral every couple of months.

It’s odd that the major apparel companies haven’t jumped on this opportunity, but that may not be far off. A report that Nike had signed a $144 million deal with the LPL – the Chinese arm of League of Legends esports – turned out to be false, but the deal may still be in the works.

Nike did partner with the NYXL in the Overwatch League to create some of the company’s first esports apparel.

“I think [apparel companies] are kinda just sleeping on [the esports opportunity,]” Buchanan said. “It reminds me of early in my career when I was doing marketing and I kept telling my boss ‘we need to create a Facebook page.’ I think it’s similar in esports. There’s this huge audience here, but I don’t think many people are paying attention.”

Well if everyone else is sleeping, K-Swiss is wide-awake. They are currently focusing on their partnership with Immortals, but if this is a success, other esports organizations could come knocking. The Icon is currently available in black with the Immortals signature sky blue on the laces and the tongue, but more colors are going to be available soon.