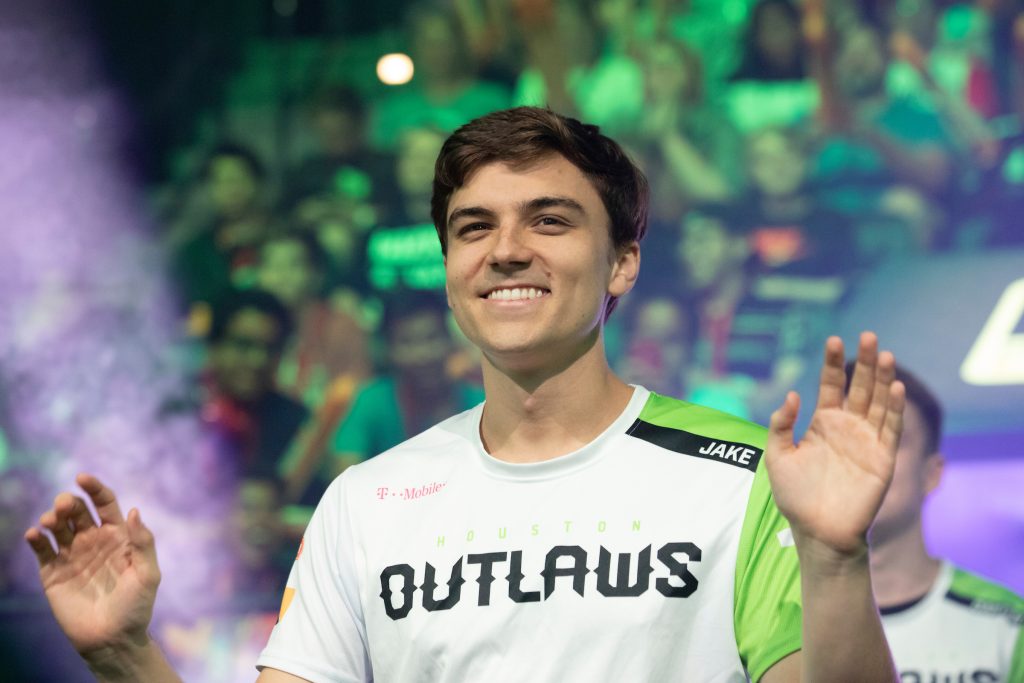 Earlier this week, Overwatch League players Jacob “JAKE” Lyon of the Houston Outlaws and Scott “Custa” Kennedy from the Valiant announced their retirement from the league after two memorable seasons where they solidified their legacies as some of the most beloved players in the history of professional Overwatch. Luckily Jake and Custa will continue with the Overwatch League in different roles, marking a new path for both.

Their time on stage may have come to an end, but their story with OWL has only just begun!

Jake put himself on the map during the 2017 Overwatch World Cup and with the Outlaws in the Overwatch League starting in 2018. Though the Outlaws struggled throughout their first two seasons in the league, they grew a passionate fanbase and filled the team with well-liked players including Jake who seemingly played the role of leader within the team.

Now retired, Jake sets his sights on casting for the Overwatch League in 2020. He helped cast the 2018 and 2019 Overwatch World Cup and his previous experience as a player will help bring unique insight into the broadcast.

Custa began his OWL career with the Dallas Fuel before being traded to the Valiant where he helped win the Stage Four championship in 2018. The Valiant had a rough start to 2019 after a 0-7 Stage One record, but they fought back throughout the rest of the year and came up just short of making the playoffs. Custa was a driving force and leader throughout their late-season push.

Custa will bring his extremely likable personality to the analyst desk for the 2020 season. Though a strong player for the Valiant, Custa’s impact extends beyond the stage where he won the 2019 Overwatch League Dennis Hawelka Award. The award highlights the epitome of what it means to be a professional Overwatch player, how to lead by example and how they exude positivity both on stage and off. It’s about their impact within the Overwatch community as a whole.

The news of both Jake and Custa retiring came after another legend of the Overwatch League – Do-hyeon “Pine” Kim – announced his retirement after two seasons with the New York Excelsior. All three have substantial fan followings and were some of the most likable players in the league. Thankfully for fans of Jake and Custa, their time as players may be over but they will stay as part of the league, continuing to inspire and be good ambassadors of the game.

It feels a bit like a changing of the guard heading into 2020. The legends of the game are moving on while new talent continues to pour in. With the opportunity to carve out their own legacy in Overwatch history, it will be fun to see which young players rise to the challenge.