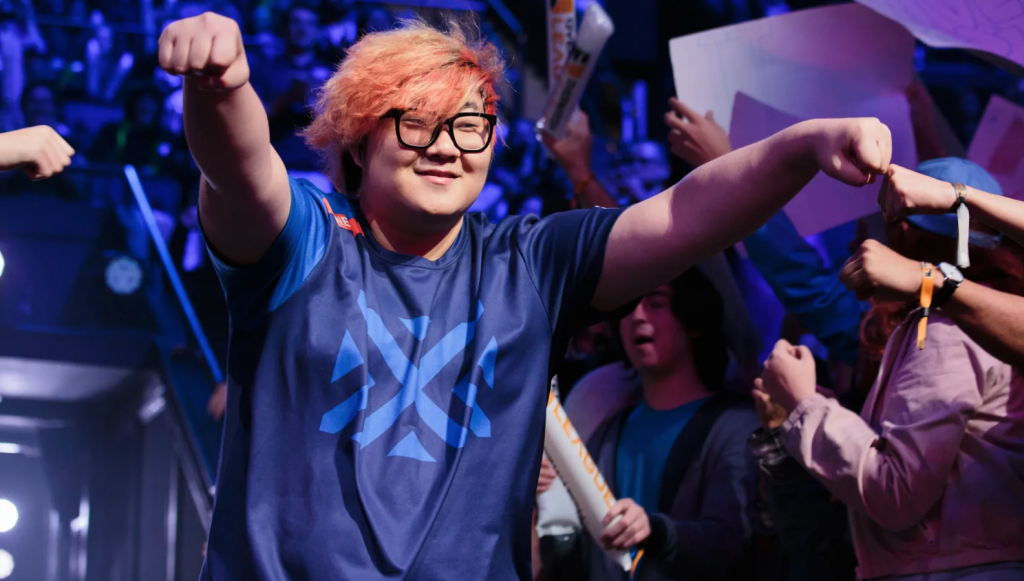 Pine will become the first streamer for Andbox, the parent company of the NYXL (Photo via Blizzard Entertainment)

Some sad news came out of the Overwatch League as the New York Excelsior took to Twitter to announce Do-hyeon “Pine” Kim’s retirement from professional Overwatch. It’s the end of short, but memorable, era in which the larger than life personality excited fans both on stage and off.

The Big Boss is retiring. From the bottom of our hearts, we thank @tf2pine for everything he's done for NYXL.

We're excited to announce that he'll continue to be part of our family as a streamer with @andbox_official. #EverUpward pic.twitter.com/AZjnkblRj2

Known as the Big Boss, Pine garnered a large following throughout the inaugural season of the Overwatch League. He was a DPS hitscan specialist that would have insanely impressive moments on stage. Couple his electric playstyle with his infectious personality and Pine became a fan favorite for the league. Pine had a limited hero pool in the Overwatch League and unfortunately, the meta changes during the 2019 season didn’t suit Pine’s playstyle. He didn’t play in a single match the entire year and his future with the NYXL was unclear.

His time playing in the Overwatch League has ended but he begins a new journey with the announcement that he will be the first streamer for Andbox – NYXL’s parent company. Keeping Pine (and his large fanbase) in the New York family is a smart move for the company as there is a lot of potential for him as a full-time streamer.

All things must eventually come to an end. For fans of the Big Boss, it, unfortunately, came sooner than hoped. There is no denying the impact Pine had on the Overwatch League, though. As a first-year league, big personalities such as Pine and Joona “Fragi” Laine were integral in drawing in fans to the game and sustaining interest going forward. Although it was a brief time, it was a memorable one, and one Big Boss fans will always be grateful for.