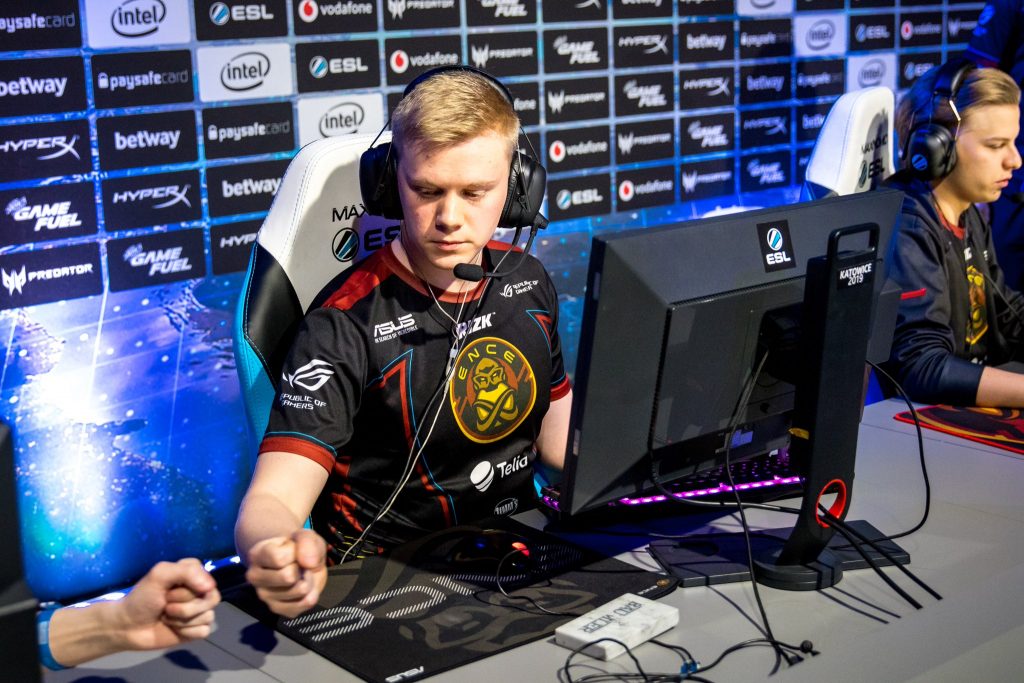 The IEM Katowice European Minor concluded today and saw two teams advancing to the Major as New Challengers – ENCE & Vitality. IEM Katowice is the first Major of the year and after an exhilarating finish to 2018 and a slew of progressive transfers prior to the season kicking off, there’s plenty to be excited about as the tournament approaches.

Though their name doesn’t seem to come up much in top-level CS conversation, ENCE is a squad that has been steadily making improvements, grouping them into a higher grade of competition. The upswing of ENCE’s pendulum drive began last year in October when they took a title finish at StarSeries & i-League CS:GO Season 6 amongst contenders such as Mousesports, BIG, OpTic Gaming and other premier talents. The LAN win at StarSeries was truly an opening sight into ENCE’s ability to strategize on the fly and the overall cohesiveness of the team. The squad led by Aleksi “allu” Jalli would go on to see continued success at LAN events including the most recent [prior to the European Minor] at DreamHack Open Winter, where they swiped yet another first-place finish.

Another tough group awaited the Finnish team at the European Minor, again, inclusive of top teams able to challenge the best of the best. By this point, ENCE is already recognized as being a potentially deadly team, and they certainly proved that here as they blew past their competition. Alongside North, ENCE would advance from the second group into the playoff stage, pitted against a fiery Valiance squad. After closing out the series against Valiance on Train, considered to be one of their strongest maps, they would go on to face North for the first time in the tournament. A grueling 42-round overtime map on Train would go in favor of ENCE, yet again edging past another highly experienced team and booking their spot at the Major.

So what’s in store for ENCE in Katowice? Well, let’s just say it certainly isn’t going to get easier from this point onward; though ENCE has demonstrated they can tread water against some of the top teams, it’s going to be a far different story when they have to come across juggernauts such as Astralis, Liquid and FaZe Clan.

The French organization founded its CS:GO team as early as October of last year – the aspirations for the team were high considering its dynamic roster inclusive of all-French firepower. Though Vitality would undoubtedly face some hardship online following their inception, things would start looking up for the team quickly. November of last year saw Vitality’s first title finish at DreamHack Open Atlanta – the tournament was especially steely, each team actively seeking blood resulting in a number of nail-biting series that had made the projected victor quite unclear as the event progressed. An interesting narrative would unravel in Atlanta for Vitality as the event was our first sight of the group on LAN, which they would go on to win.

Since then, Vitality would gravitate around 2nd place for most of the smaller tournaments they competed in, the European Minor though, being one with an important accent as a passage to the Major. Blazing past OpTic Gaming and trouncing Valiance in the first group, Vitality’s playoff run would be stopped short by North in a close series. The two would meet again in the Losers Finals where Vitality would ultimately trump the Danes in dominant fashion, stamping their passport to Poland in February.

During the player break Vitality made a key change to their roster, moving away from an all-French roster by shifting Vincent “Happy” Schopenhauer to an inactive role and bringing in English rifler and lurker, Alex “ALEX” McMeekin, from Team LDLC. Luckily, Vitality’s newest addition is fluent in French, which should smoothen the transition as communication can be a damper on international trades. While Vitality has proven themselves as a contender over the last several months when they had formed, they will still have an undeniably long road ahead of them before they can best the true titans of the sport in Katowice. Regardless, Vitality has clearly shown signs of being on the come-up – they’ve very much earned their spot at IEM Katowice through the European Minor and it’ll be interesting to see how the team fares on a stage of that caliber.

Both the Americas Minor and Asia Minor is set to kick off on Tuesday – per the format of the Major, the top two teams will advance and the 3rd place finisher will participate in the Play-In for a second shot at competing in Katowice.