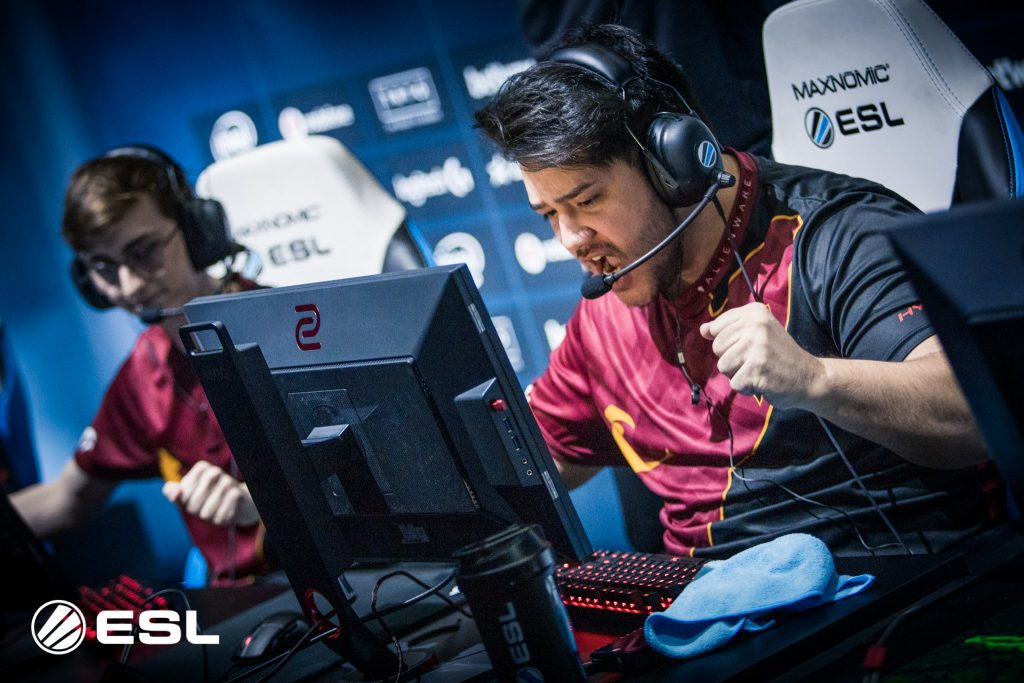 Today, IEM Katowice saw three advancement matches in Round 4 and with that, three new champions into the final stage of the Major. The next two days in the Legends Stage are make-or-break for the nine contenders left standing thus far in the tournament – though, only three vacant slots remain for the playoffs.

Surpassing many expectations by surfacing among the Challengers Stage competitors with a 3-0 record, Renegades have today booked their spot into the Champions Stage after trouncing Team Vitality, 2-1. Today marked a historic moment for not only the Renegades organization but for an entire region, as they became first Australian team to ever qualify for the Top 8 in a Valve Major.

Their bout today against French force, Vitality, was a clash that was difficult to call based off both of these side’s stellar performances thus far in the tournament; ultimately, Renegades would shock us yet again by coming out on top in this skirmish – Justin “jks” Savage, leading the pack across the finish line with 31 kills on the third map.

As for Vitality, the team stays alive a bit longer in this tournament with their next opponent determined by tomorrow’s Round 4 Low Match. All things considered, the talent and synergy coming from this team are enough to believe they can net one of the last spots into the Top 8 on Sunday.

Though Na’Vi’s results have lacked much consistency in the last several months, the team has come out with guns blazing in Katowice. In their latest stunt, the Ukrainian challenger crushed CIS qualifier, AVANGAR, to slot their position into the playoff bracket.

Na’Vi’s success is frequently chalked up to the star power inherent in Oleksandr “s1mple” Kostyliev and Denis “electronic” Sharipov – though, the team has truly come together with the activation of Egor “flamie” Vasilyev throughout the tournament. Momentum and confidence are big swing factors for Na’Vi’s overall performance – both of which they seem to be boasting as they advance into the final stage.

There’s no margin for error in regards to AVANGAR in Katowice now; their playoff fate will boil down to a decider match on Sunday based off tomorrow’s results. Showcasing a very fluent and fundamental style of play in the company of the best teams Counter-Strike has to offer though, there is certainly plenty of hope for them.

Admittedly nervous in their debut match against Cloud9 where they suffered a gut-wrenching 3-16 loss on Inferno, MIBR has since pulled the cloak off of this unit’s brawn.

Things seemed to start off on the wrong foot for the Brazilians in the veto as they drew Train first, arguably one of Ninjas in Pyjamas best maps, and then Inferno second, visibly a weak link in MIBR’s map pool. Despite a potentially thunderous forecast, MIBR arrived in dominating fashion, crushing NiP on Train 16-6 and then closing out a tight match on Inferno, 16-14.

In ESL’s post-game interview with fan favorite, Epitácio “TACO” de Melo, you could tell the win meant a lot to MIBR; likely every spectator cracked a smile when the Brazilian leaned into the microphone saying “we’re legends, baby!”. And that they are, now in regards to their newfound Legends Status at the upcoming StarLadder Major in Berlin, Germany.

Regardless, all eyes are set on the playoff bracket for MIBR as of this moment. in all honesty, it’ll take a herculean effort for them to make the conquest to the winner’s circle bearing in mind the brief time in which this particular has spent together. All in all, the Champions Stage booking is a substantial achievement for them after a previously rough season – what happens from here on out in Katowice is entirely up to them.