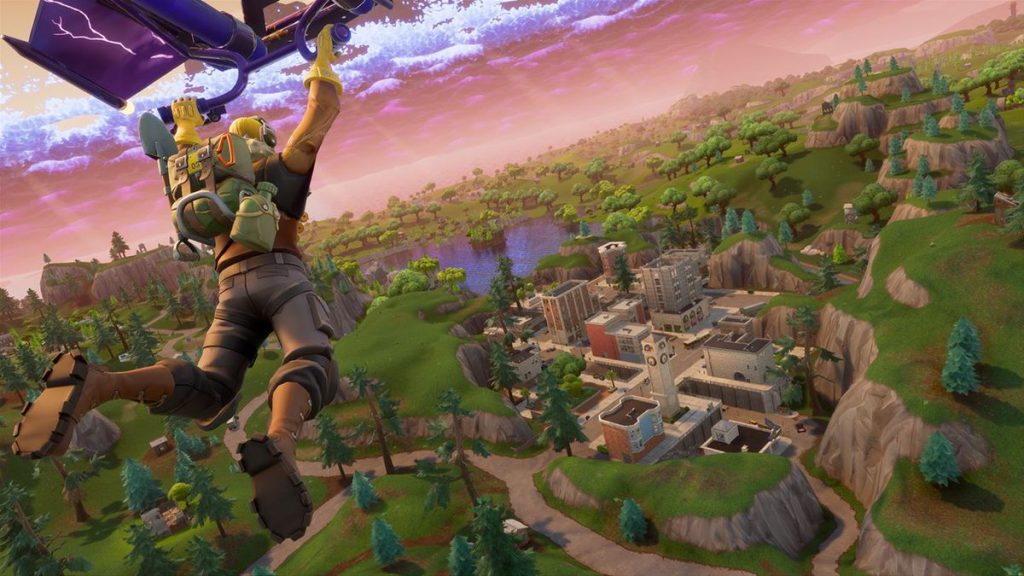 Epic Games’ ‘Fortnite’ has been out for one year as of July 25, 2018. ‘Fortnite’ was announced in 2011, and did not draw the interest Epic was expecting. ‘Fortnite’ was Epic’s first game since closing their leading series, ‘Gears of War’. Epic announced the game as a player vs. environment game that was centered on base survival. If you have played the ‘Save the World’ mode, then you know that it is a bit… stale. Fortnite’s Save the World features a confusing level-up system and is very repetitive. This ‘failure’, in a way, was a blessing in disguise as the developers were beginning to push in another popular direction. Enter: Battle Royale.

Epic’s development team managed to band together and put together the Battle Royale mode that millions of gamers have enjoyed. In fact, Epic buckled down and developed Fortnite Battle Royale in two months. This is an insane feat, even for a massive company like Epic. The development company managed to put together a free-to-play game mode that smacked competitors like PUBG Corp. upside the head with reality.

How Does Fortnite Make Money?

Epic has been able to achieve their historical sales numbers due to in-game purchases. Fortnite’s in-game purchases run off of microtransactions for the games’ in-game currency, V-Bucks. Battle Royale has an in-game store that offers cosmetic items and emotes for characters in exchange for V-Bucks. The exchange rate for V-Bucks is approximately $1 to every 100 V-Bucks. Players can spend thousands of dollars on the game, but the cosmetic items do not affect characters in game. It’s a great system that has worked perfectly for Epic, so far.

Players also have the option to purchase a ‘Battle Pass’ for 950 V-Bucks that unlock challenges and unique rewards that gamers can earn. Every 10 weeks there is a new competitive season that has a specific theme and runs off of weekly challenges. Players can take part in these challenges that give players specific missions to complete, like eliminating opponents or searching around the map for a Battle Star. The battle pass adds variety to the game and keeps Fortnite from getting stale. Players do not have to purchase the battle pass, but it’s a fun way to keep engaged with the game.

How Can I Play Fortnite?

Since Fortnite’s original release on PlayStation 4, Xbox One, and PC, new console compatibility has been implemented for the Nintendo Switch and iOS gamers. Epic has received praise for becoming one of the biggest games to advocate for cross-platform play and has succeeded for the most part. Epic has been able to implement cross-play for all consoles, excluding Sony’s PlayStation.

Fortnite consists of different modes players can participate in ranging from solo, duo, and 4-player squad games. 100 players in total drop out of the floating battle bus that flies players across the map. As players land at their destinations they must find weapons, ammo, and materials in order to survive. After three minutes there will be a circle that forms to create a safe zone that the ‘storm’ will close around. The storm is a toxic gas that can and will damage players. Once the storm closes in on the circle, another smaller circle will form that forces players closer to each other. The main goal of Fortnite’s Battle Royale mode is simple; be the last to survive.

Fortnite has been hailed as a revolutionary shooter due to the games’ building mechanic. Players have the ability to build ramps, walls, and floors in order to protect themselves from environmental and player damage. Fortnite players must focus on the games’ building mechanic, as top-level players can build in seconds. In order to build, players must harvest resources like wood, brick, and metal by destroying structures. Virtually everything in Fortnite is destructible and rewards players with resources.

Fortnite’s meta has almost always revolved around building and building strategies. Players evolve the game each week with different weapon selections, building methods, and more. Just like any other competitive game, players continue to stretch the games’ limits to see what works and what doesn’t. As players test the game, tournament organizers continue to do the same.

Epic was late to the party with competitive tournaments, but the community took the lead. Popular Youtube personality Keemstar teamed up with UMG Events to host a weekly tournament, Friday Fortnite. Each week the tournament brings in over 600,000 unique viewers as they watch gamers compete over a $20,000 prize pool. Friday Fortnite has been a massive success and an excellent platform for gamers to break into the scene. As Epic saw the growing success with Friday Fortnite, they felt ready to host their own tournament.

At E3 2018, Epic hosted their first official Fortnite tournament. The format Epic focused on was made up of teams of two, one personality and one celebrity. 100 players would be set up on stage and would play in front of a live audience along with viewers online. Viewers tuned in all over the world to watch Ninja, the largest Twitch streamer of all time, and Marshmello take home the trophies.

Currently, Epic is hosting a series of events each weekend called “Fall Skirmish”. Each week different players will be invited to compete over millions of dollars and bragging rights. These events will lead into 2019, where we will see players compete in the Fortnite World Cup. Not much is known about Epic’s plans for the rest of 2018 into 2019, but gamers are excited. Fortnite has proven to be one of the most successful video games ever and continues to impress all over the world.

Fortnite
Share
Amanda has been a gamer ever since she could wrap her fingers around a controller. Her experiences in the gaming industry range from professional competition participation, corporate marketing, all the way to video game reviews. Amanda's entire life has been dedicated to video games, and now her passion is to share her stories and experiences with readers from around the world! Amanda has previously written for Newegg's Gamecrate, ZAM, and Knowtechie.