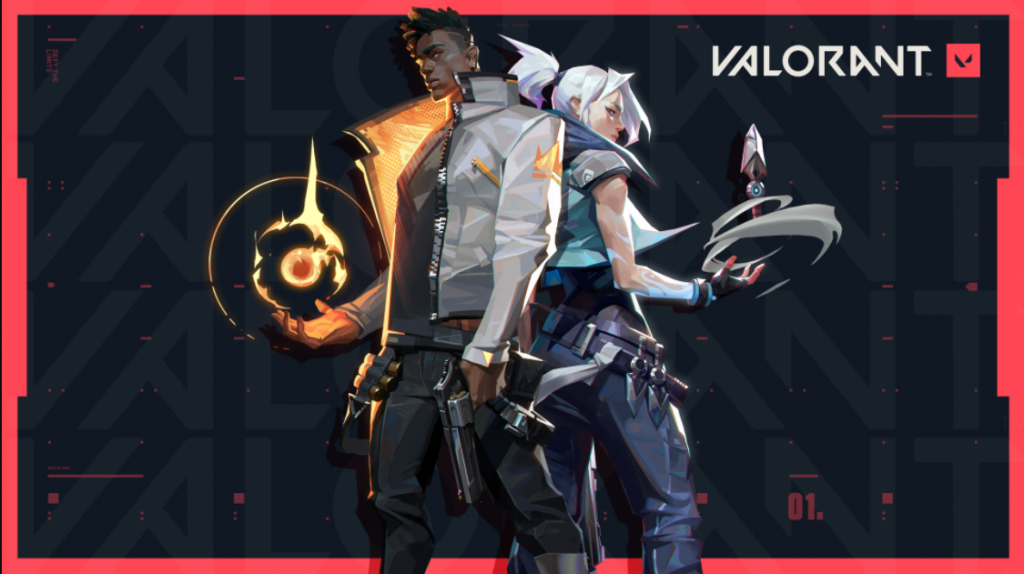 Since the release of the closed beta last week, VALORANT has dominated the gaming space. Only the virality of Animal Crossing has come close to matching the fervor around Riot’s foray into the tactical shooter genre. With the launch breaking Twitch records fueled by a closed beta drop system for viewers, thousands of players in Europe and North America have gotten their chance to sink their teeth into VALORANT.

With the early days of a new game come fresh players, and, thanks to Riot’s name recognition and the power of a good hype machine, many are picking up a tactical shooter for the first time. While players migrating from Counter-Strike might hit the ground running, those with a background in Riot’s flagship, League of Legends, or even another FPS like Overwatch might struggle at first.

Some of the game’s mechanics aren’t necessarily immediately intuitive, especially for those new to the genre. The game’s relative simplicity makes the learning curve quite quick, but there are some clear pitfalls that can cause trouble early on. If you avoid these mistakes, you’ll have a leg up on the competition as you dive into VALORANT.

This is probably the biggest single recurring issue for players as they pick up the game for the first time. Simply put, while you’re running around in VALORANT, your weapon accuracy takes a nosedive. Even with your crosshair in perfect position, your shots won’t land if you approach every fight like a drive-by.

To get the kind of accuracy needed to excel in VALORANT, you’ve got to slow things down. Stopping completely is going to give the best results in terms of accuracy, so if you have an enemy in your sights, step on the brakes and line up your shots. The spread on the reticle will give you an indication of how accurate you will be after coming to a halt. 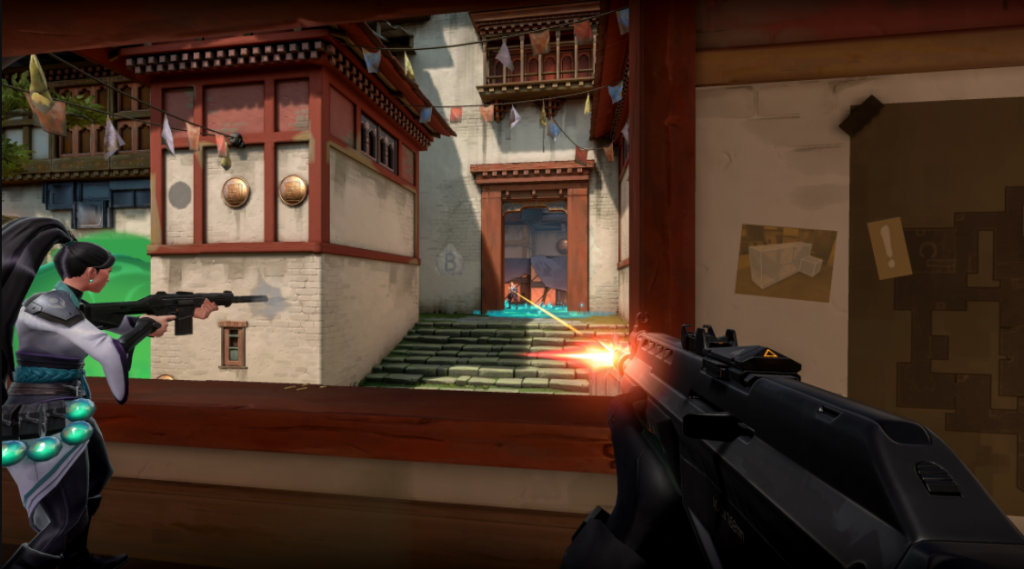 While there are times you can get away with running and firing – at close range with an SMG or pistol – this isn’t Overwatch where you can be constantly on the move. The way to win a duel is to make sure your shots land, so avoid running and shooting whenever possible, particularly at range or with a rifle.

One final thing to note: walking isn’t nearly as punitive as running. Your first few shots while walking will be completely accurate, but they will quickly start to whiff if you continue moving. If you can end fights quickly, walking can be a valuable middle ground between standing stock still and charging into a site with reckless abandon.

Holding On to Abilities Too Long

A big part of what makes VALORANT a new take on the tactical shooter is its characters and what they bring to the table with their abilities. Each agent has four abilities – three that can be purchased and used in any round and an ultimate ability that charges as you play a match.

Those abilities are what make each agent unique and suited to particular situations. Phoenix is a great entry fragger, capable of hitting hard and fast with his flashes. Cypher provides information to his team. 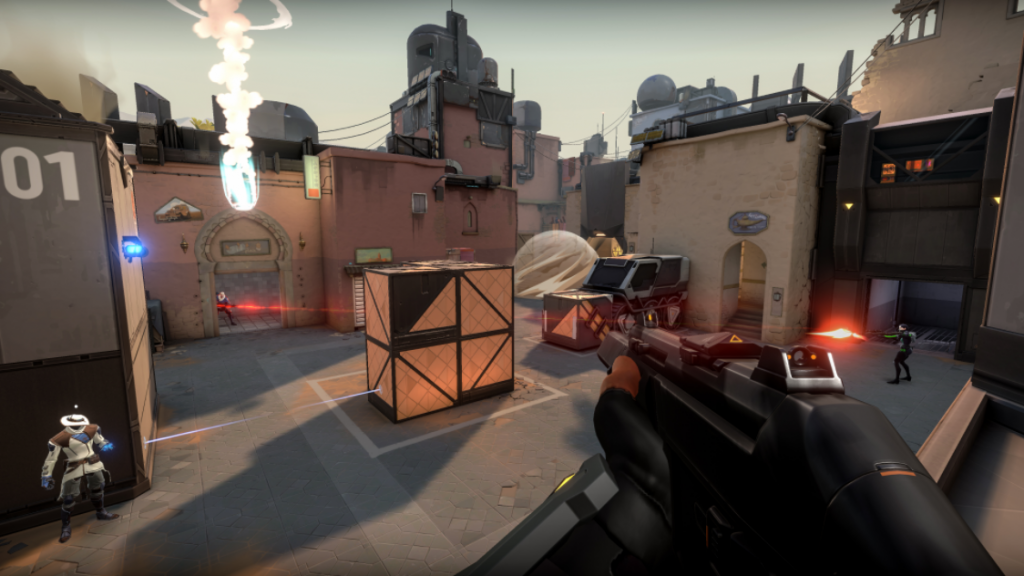 For new players, knowing when to use abilities can be the trickiest part of the game, and it’s a skill that can only be honed with practice. But far too many players let that uncertainty keep them from ever pulling the trigger on their full kit.

It’s going to take time to learn how best to use every ability, even for one agent. Until you reach that point, use utility when you see an opportunity. Throw down smokes or walls to cut off key entry points on defense or deny enemy vision while you take a site. Send in flashes to aggressively take positions. Use grenades and incendiaries to flush opponents out of hiding.

Above all, don’t be afraid to misuse abilities. Even with ultimates, especially for agents like Viper, Raze, or Phoenix, hanging onto an ult for too long can be just as bad as a useless one. It’s impossible to get value out of an unused ability, especially when they cost so little.

As new players make their way around the map in VALORANT, it may never occur to them to do anything other than run everywhere. It’s the default movement speed and it’s easy to see it that way. In reality, running has a massive downside even beyond its impact on accuracy – it gives off a very noticeable sound cue.

When you run around the map, players on both teams in a certain range (indicated by a circle around you on the minimap) will hear footsteps coming from your direction. Discerning enemies can pinpoint your location from audio alone, giving away any element of surprise. When fights are over in an instant, getting the drop on someone from their stomping footsteps means the difference between a clutch and a missed opportunity. 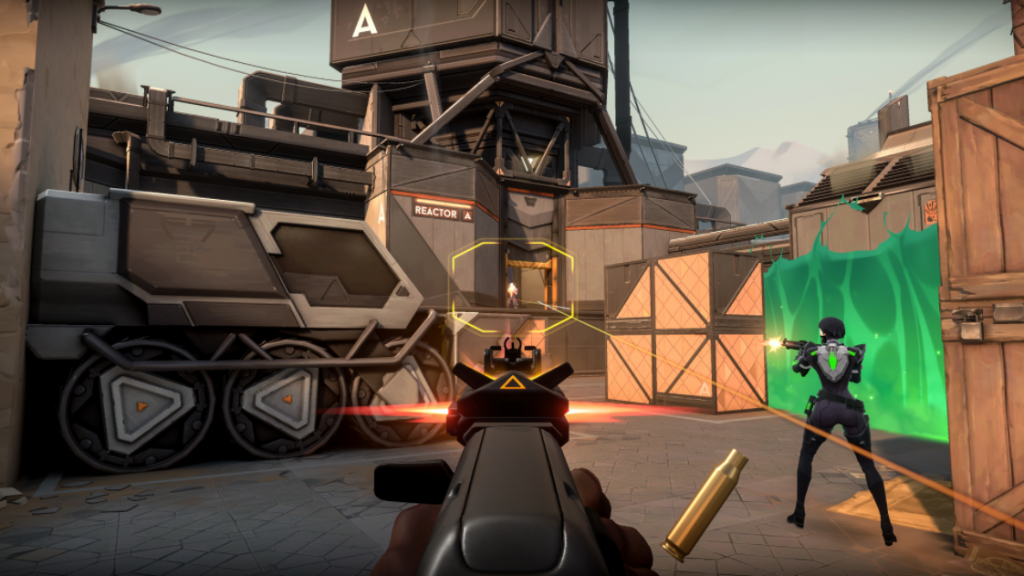 Walking feels very slow in game, but it’s necessary to keep your opponents in the dark. There are obviously times where running is necessary – rushing a site or making a quick rotation – but don’t just stomp around without good reason.

On the flip side, always be aware of footsteps from the other team. At times, pushing into a forward position can be worthwhile just for the footsteps you can pick up. In VALORANT, information is a resource, so try to use all the audio cues the game provides.

Learning a new game is obviously challenging, and players often focus on themselves when they’re first picking it up. But VALORANT is a team game where information is at a premium. Especially if you’re struggling to contribute on the scoreboard, one of the best things you can do as a new player is call out any info you pick up.

That can be as straightforward as calling an enemy location when you see them or their abilities. It can be relaying those footsteps we just talked about. VALORANT has given names to areas of each map, so map callouts aren’t too hard to pick up on. Once you have a few games under your belt, you can progress to calling out enemy tendencies or directing your teammates.

It doesn’t need to be all that detailed, but anything you can feed to your teammates will help them make better decisions in the match. You can even rely on the in-game ping system if you don’t have a mic or prefer to avoid voice chat. Players can send out a variety of pings, from generic callouts for enemies to more advanced calls for pushes or support. Pings show up on the minimaps and screens of your teammates and can help simplify some of the calling.

Ultimately, VALORANT is a team game that works far better when you have a team working in concert, exchanging info and adapting on the fly. That’s not gonna happen in every game, so just try to contribute where you can. Mistakes are going to happen, even for the most seasoned FPS player, but that’s part of the joy of a new title. Simply be willing to learn and improvement will come.

Share
Bradley is a freelance writer who started his esports journey with Overwatch’s launch in 2016. Since then, he’s thrown himself headfirst into the competitive scene at all levels. When he’s not writing about the Overwatch League, he’s probably casting Tier 3 tournaments or playing with his cats.
Follow me