Hyper Scape has a variety of weapons that all fulfill different niches. (Photo courtesy Ubisoft)

Hyper Scape is a very fast paced battle royale. To compliment the very free, yet simplistic, movement systems, Ubisoft has made the gun play very simple to match. The 10 weapons present in Hyper Scape as of open beta all have the potential to cause destruction. However, some stand out as weapons with valuable niches or just raw power. With that said, let’s get into the Hyper Scape weapons tier list. 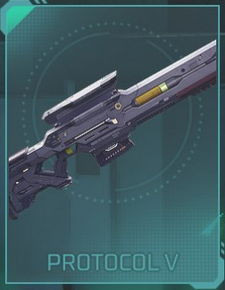 In a game where players find themselves flying at insane heights across a massive map, the Protocol V sniper rifle is frequently the right tool for the job. In Hyper Scape, all guns that shoot bullets have hitscan registration. The Protocol V takes advantage of this by taking a chunk out of an unsuspecting target with little effort required. When fully upgraded, it can even one-shot people with a headshot.

The Protocol V can take a bit of practice to get good with, but the reward is easily worth it. Having the ability to give your squad an immediate large advantage makes fights a breeze. The weapons one weakness should be close range combat. However, the Protocol V at close range is still much more useful than close combat weapons at long range. The ability to quick scope and still hit an 80-damage burst cannot be understated. 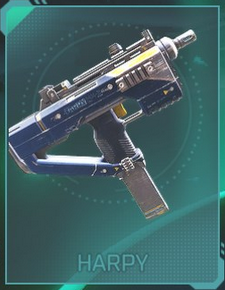 The newest addition to Hyper Scape packs a powerful punch. The Harpy SMG can deal immense damage in record time. It boasts the fastest time-to-kill (TTK) in the game aside from a headshot with the Protocol V. It’s reload time is also the second shortest behind the Riot One, allowing you to keep churning out the damage.

In terms of the fully automatic weapons in Hyper Scape, the Harpy is head and shoulders above the competition. The one area where it is slightly outclassed is in range. The Ripper assault rifle can fire effectively for a bit further, but in a game where distance can be closed in seconds, the Harpy will be much more worth picking up. 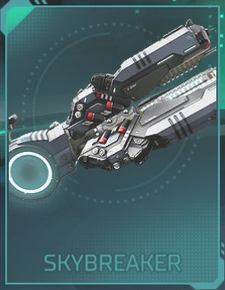 The Skybreaker is Hyper Scape’s rocket launcher clone. The weapon only carries one charge in a clip, but that one charge will hardly ever let you down. As long as you aim anywhere near an opponent, the Skybreaker will deal a minimum of ~40 damage and a maximum of above 90. The real kicker is the massive AOE that can chunk multiple enemies at once.

The aptly named Skybreaker is optimally used when in the sky. The further the projectile travels, the more damage it does. When combed with a dive bomb, the initial burst damage coupled with some well-aimed shots will have enemies sent to a respawn platform before they know it. 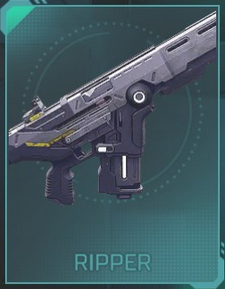 The Ripper assault rifle falls in A tier. Although the weapon isn’t bad and can be quite rewarding to use, it is simply outclassed by the Harpy. It’s rate of fire is less than half of the Harpy’s and it reloads over a second slower. The compensation is bullets that deal slightly more damage, but it is just a silver lining.

Once again, the Ripper isn’t a bad gun. A fully upgraded version can still wreak havoc on the lobby in the right hands. Some players may even prefer the longer time spent firing and the extra effective range for a less flashy playstyle. 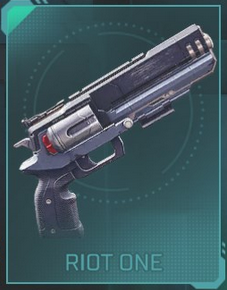 The Desert Eagle variant of Hyper Scape mirrors that of every other game in being a high-risk high reward weapon. The Riot One will always pack a six bullet clip with the damage increasing with every level up. When fully upgraded, the Riot One can deal 57 damage to the head and 38 to the body. A 2-3 shot kill is definitely good, but the weapon can be challenging for less experienced players to use.

The problem with the Riot One is deciding how to fit it in to a loadout. It can’t do long range like the Protocol V, can’t do big AOE damage like the Skybreaker or grenade launchers, and doesn’t provide the consistency of the Harpy or Ripper. Still, the stylish appeal and high skill gameplay that the Riot One provides will make sure that it still has its fans. 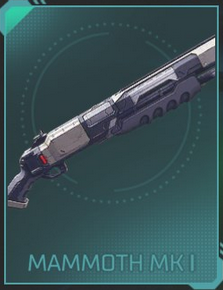 The Mammoth Mk I is Hyper Scape’s only shotgun. In a vacuum, the weapon’s stats are amazing. Each shot contains 15 bullets that fire in a fixed circular pattern. Every bullet deals 5 damage on body shot or 7 on head shot, making a clean hit deal between 75 and 105 damage. When maxed, a buckshot of all body hits will one shot a target, dealing 105 damage. Did I mention each clip will give you nine chances to hit that shot?

Stats aside, the Mammoth’s main problem is requiring enemies to be in close proximity. Hyper Scape takes place in such a massive map that most fights will end before the Mammoth has a chance to shine. You will also rarely be hitting all 15 bullets per shot, making the gun’s actual damage output much lower. The weapon is situational for sure, but is still very strong when it has its moments. 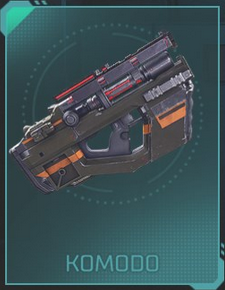 The Komodo is one of the two grenade launchers present in Hyper Scape. While it does 2 less damage than its Salvo EPL brother normally, the weapons still need the same amount of hits to kill an opponent. When maxed, the Komodo does require an extra hit over the Salvo. However, the faster firing speed still allows the Komodo to win out in TTK. The Komodo’s projectiles also move much faster than the Salvo’s making it feel more reliable.

Both grenade launchers were recently nerfed very heavily. These weapons which once terrorized anyone who had the gall to enter a building are now suboptimal in every situation but the perfect one. The reduced explosion radii and spam ability makes both weapons in their worst state since the game was introduced. 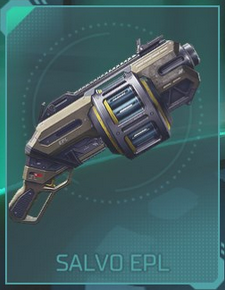 As mentioned above, the Salvo has been knocked down a peg. While it is overall slightly worse than the Komodo, it still has some advantages. The Salvo is better at dealing point-blank damage and can three-shot people when fully upgraded. The main reason why it is below the Komodo on this list is that the reduced explosion radius and rate of fire makes the Salvo worse at filling the grenade launcher niche. 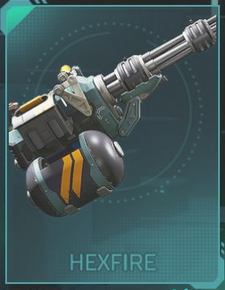 Another victim of nerfs since open beta began, the Hexfire comes in as one of the worst automatic weapons in the game. Not only does it have the highest TTK, it also has the lowest damage per bullet. When compared to the Harpy, the Hexfire only fires an extra 3 bullets per second while dealing less than half the damage.

The one caveat is that the Hexfire boasts a massive magazine size. With 150 bullets at rank one and 270 when maxed, the Hexfire can shoot for the longest continuous time in the game. Still, its just outclassed across the board and has almost no reason to run it. 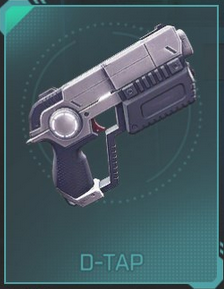 The D-Tap is one of the strangest weapons ever put into a battle royale. Its stats are absolutely abysmal. The weapon starts with a clip size of 15 increased to 23 when maxed. It can only deal 25-30 damage per second and has the worst TTK in the game. What makes it interesting is that the gun aims for you. When firing the weapon with an enemy in a large area near the center of your screen, every bullet will hit.

When players move as quickly and erratically as they do in Hyper Scape, the D-Tap actually can see some usage. It’s not a good gun by any stretch, but the ability to deal guaranteed damage to finish off low enemies can be valuable. Just don’t run into a fight with your D-Tap blazing.