How to Play Jett 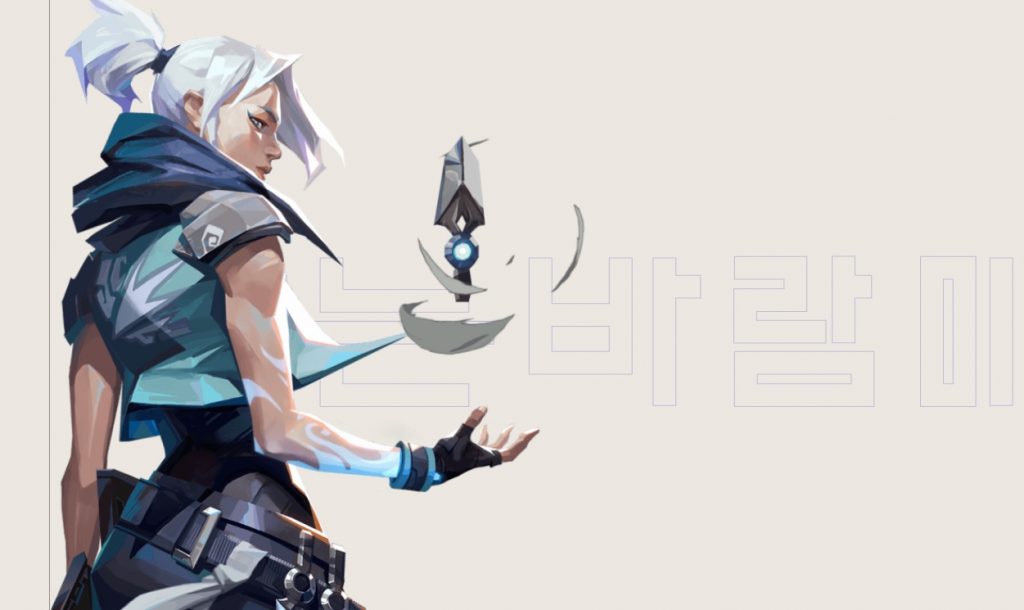 If you like being the initiator in game, Jett is the agent for you. (Photo courtesy Riot Games)

As a VALORANT agent, Jett specializes in mobility, allowing you to dash through choke points, reposition behind enemies and deliver results in clutch encounters. Jett is an initiator and fragger, expected to capitalize on information provided by allied agents. She’s the one you drop behind enemies lines to clean up any stragglers, and if you’re playing solo, Jett’s kind of a boss.

That said it’s important for you to understand why some might not rate Jett that highly. To a newcomer to VALORANT, Jett may seem like the ultimate killer. She can dash, soar and throw knives swifter than John Wick, but in a game where recon and timing is key, Jett doesn’t bring much to the table. Sova and Cypher can locate enemies, Sage and Breach can delay them, but Jett has neither of those skills in her locker.

Jett is a killer, pure and simple. If you’re a fan of slow and steady, Jett is likely not the agent for you. If you like to be the aggressor however, lock in the moment that game loads. While Raze and Phoenix do both offer aggression, they’re nowhere near as mischievously swift as Jett. So we’ll assume you know Jett is the one for you, here’s what you need to know. 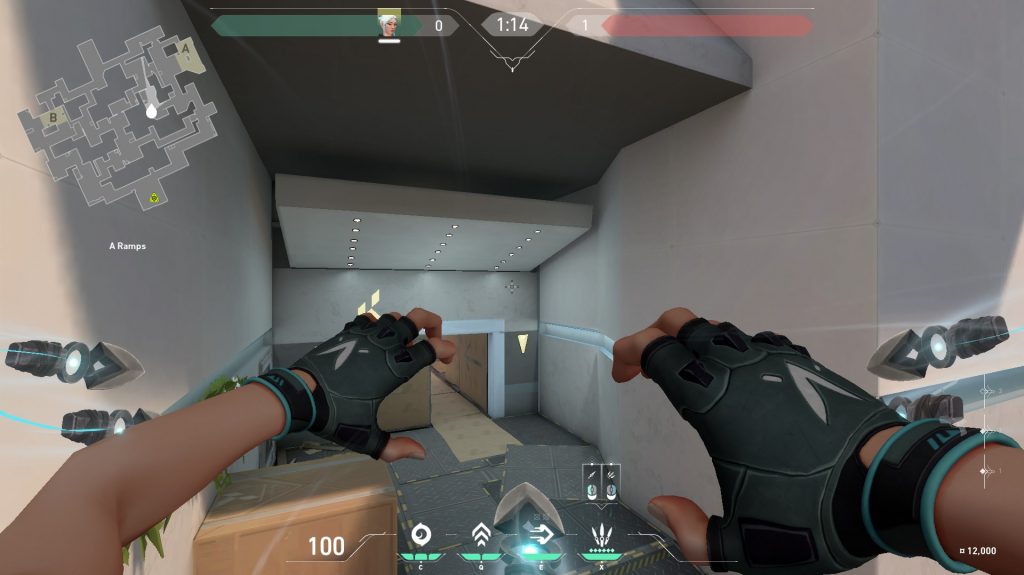 Updraft is a Jett’s basic ability that propels her vertically into the air. The ability has two max charges, 200 per charge, making it twice as expensive as Cloud Burst. Updraft should be your bread and butter, and you should not let it go unused. On defense you can use Updraft to reposition yourself on elevated areas – and when combined with Jett’s passive ability to glide – you can stay airborne for longer or jump between platforms, for example, on A-site or B-site on Haven. The glide ability also means you will not take fall damage, allowing you to hop out of “Heaven” or “Window” on Haven or Split. Updraft also maximizes the efficiency of your Ultimate, but more on that later.

As a side note: try to get into the habit of checking the names of various locations. These are marked on the map and will help you to react quicker to intel from allies. 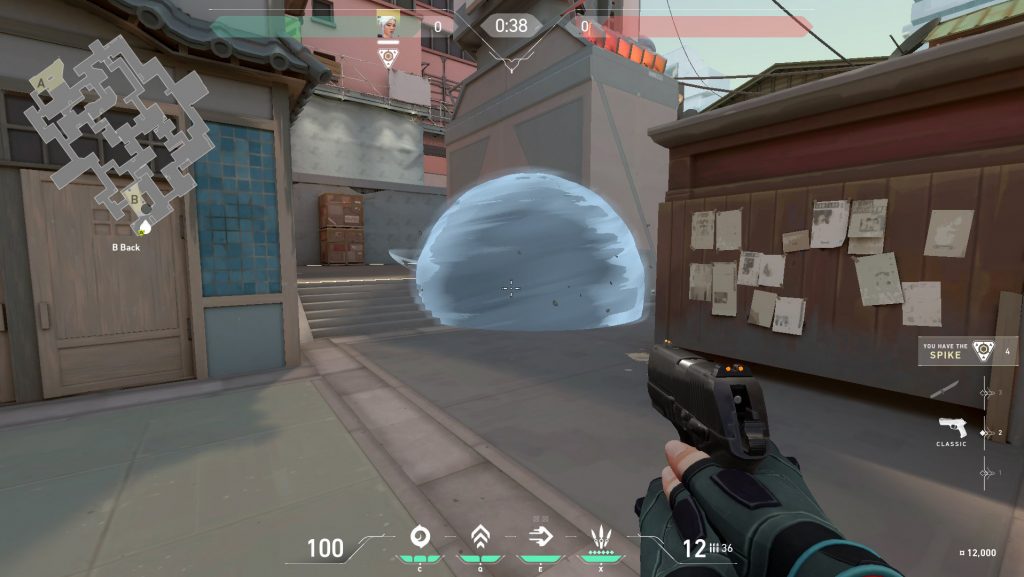 Cloud Burst creates a cloud of fog that blocks vision, making it great for covering a push or to reposition yourself. Jett can purchase up to three Cloud Burst charges for 100 a piece. Although Cloud Burst has no cooldown, it does have a very short duration when compared to Omen’s Dark Cover or Brimstone’s Sky Smoke, just 3-4 seconds, meaning to make best use of it you need to act fast. Pre-warning your team-mates of your plan will help make it more effective, but overall you will most likely be using Cloud Burst for your own assassin-minded plays.

A useful tip to know, is that much like Phoenix’s flame wall Blaze, you can curve Cloud Burst while it’s in the air. To do this keep the ability key down and flick or even twirl your mouse to curve it towards the direction of your crosshair. Doing this will allow you to obscure vision without putting yourself in harm’s way.

This technique is tricky to master, but once you’ve got the hang of it you will be able to bend the Cloud Burst round corners or into popular camping spots. You can check your mini-map for a light grey circle to see if it landed where it intended if it’s not in vision, and fire charges back-to-back to create a smoke path down long entry points for example. DO remember that once Cloud Burst comes into contact with any wall it will deploy, so it’s worth taking the time to practice in a custom lobby.

Tailwind is Jett’s signature ability, and it propels her in whatever direction she is moving. If you are stationary it will push her forward, but you can utilize Tailwind to peak and dash backwards, or to dodge sideways Tracer-style during a gunfight, catching your enemies off guard. Next time you play, try to mix it up a little and you’ll find you’re much more of a handful. As it is Jett’s signature move it is free and you have one charge when you spawn. What you may not know is that you can actually reset the skill by securing two kills after using it.

Tailwind is especially handy for skipping across choke points, more so than for dodging abilities or to get a better angle on an enemy during a gunfight. When used in conjunction with Cloud Burst, you can reposition behind an unsuspecting camper in a couple of seconds.

One word of caution, much like with Omen’s teleportation ability Shrouded Step, it will take you a second to redraw your weapon after casting Tailwind, so during that time remember you are completely defenceless. 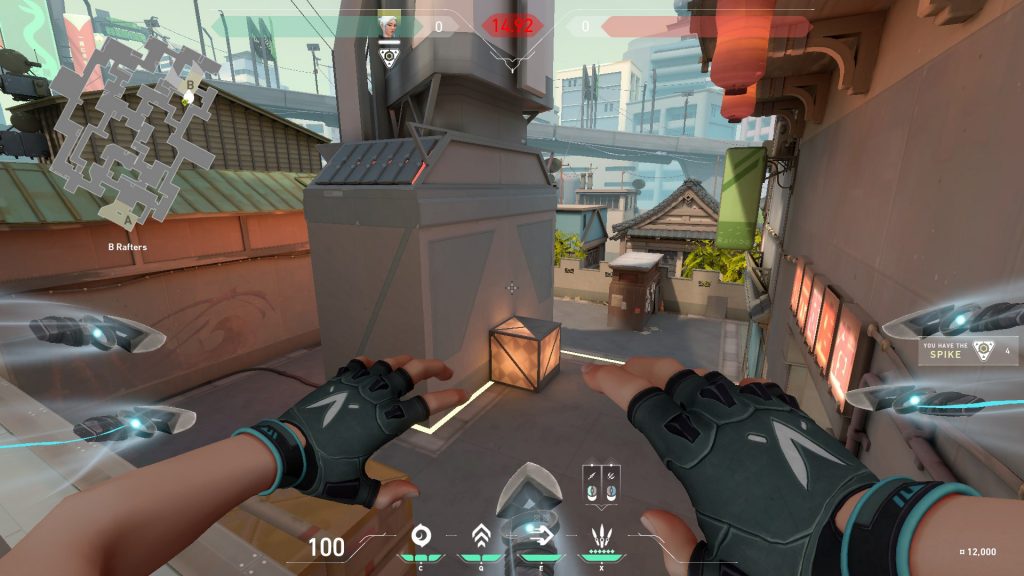 Jett’s Ultimate ability is Blade Storm, which spawns deadly throwing knives around her that can be launched individually or all at once. Visually it looks sick, but to maximize the impact there are a few things you nee to know.

First of all, Blade Storm is high value when used on an eco round, so unless you’re rolling the enemies don’t splash out and then still activate your Ultimate… it’s a waste.

“But wait! What if I run out of knives?” Well that’s another subtle feature of Blade Storm not included in the skill’s description in-game. Every time you secure a kill, your knives reset and every two kills your Tailwind resets. See how it’s all working together nicely?

Second tip is to combine Updraft, Tailwind and Jett’s passive glide to get some real airtime with Blade Storm. This will make landing those headshots so much easier. Jett is all about movement, use that to your advantage. An enemy’s crosshair placement on approach is not going to be up high.

The third and final tip is related to the small print. Jett has the option to left click to fire one knife, or right click to fire all. That said, be aware that firing your knives in a burst is instant death up close, but does significantly less damage at range. A headshot at any range with a single knife however, is an instant kill. In the beginning throw knives individually until you’ve got the hang of it. 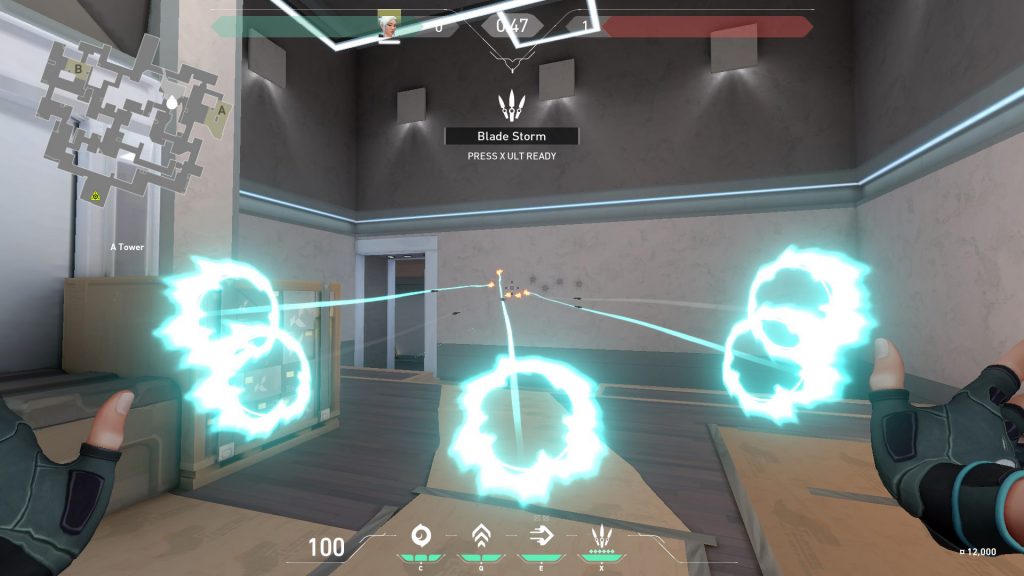 Jett may not be great at gathering recon or offering crowd control, but when it comes to killing players she has more than enough firepower at her disposal. When you’re playing Jett be sure to keep a keen eye on the mini-map to capitalize on intel your allies have gathered for you. Then simply make your hit list and get to work. How much you YOLO is totally up to you, but if you combine Jett’s abilities like we’ve explained, your chances of survival should increase dramatically. Happy hunting!