Esports That Have the Potential to Blow Up in 2020 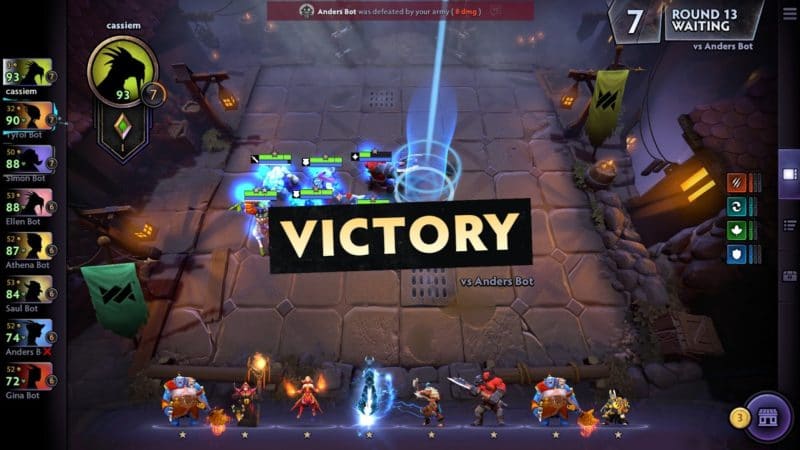 Dota Underlords could be a sleeper esport to blow up in 2020. If Valve chooses to back it up. (Photo courtesy Valve)

With esports growing at a rate of knots over the last few years, there is plenty of room for new titles to get a seat at the high table. We take a look at which titles could end up making it big in 2020, and why you should keep an eye on them.  Here’s our top picks of esports that could explode in 2020. 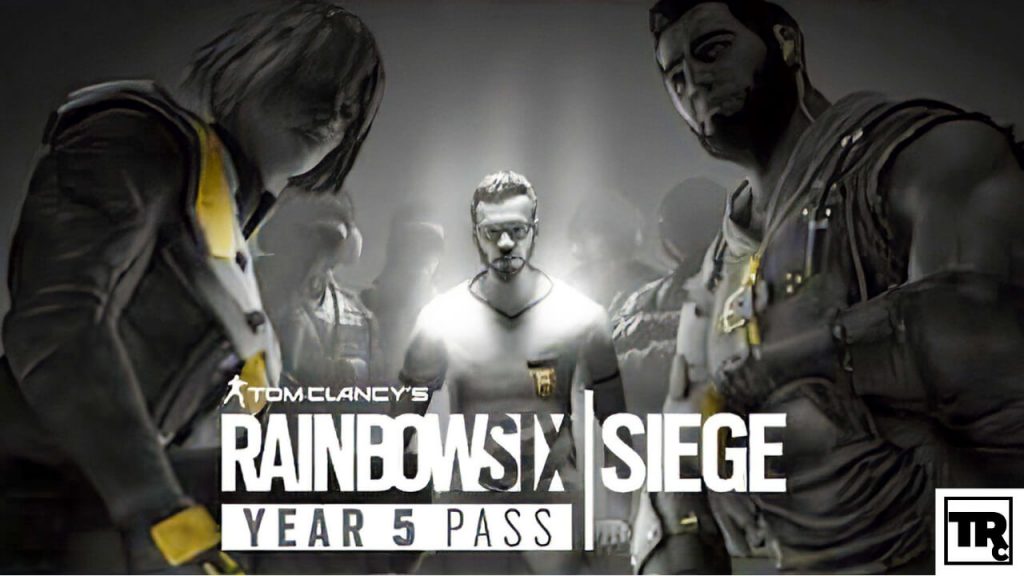 Rainbow Six Siege is by no means a new game. While it has been steadily growing year after year, 2020 looks like the year its esports scene finally gets the attention it deserves thanks to developer Ubisoft. In 2018, the developer launched the first phase of the Pilot Program; a landmark revenue-sharing deal which allowed 11 organizations to profit equally from the sales of themed and Pro League cosmetic bundles. In 2020, Phase Three will see the Pilot Program extended to 44 teams for the next four years. This should almost certainly spark an interest for esports organizations to expand into Rainbow Six Siege especially after the R6 Invitational 2020 averaged 58,509 viewers on Twitch, with a peak of 129,822. Not to mention the impending arrival of regional divisions next season.

The increase in viewership has been organic, with the R6 Pro League responsible for building a loyal and dedicated fanbase. Now, with an incredibly stable infrastructure in place, more teams looking to enter the space in 2020 and plenty of revenue streams to dip into it, Rainbow Six Siege is in the shape of its life and ready to explode. 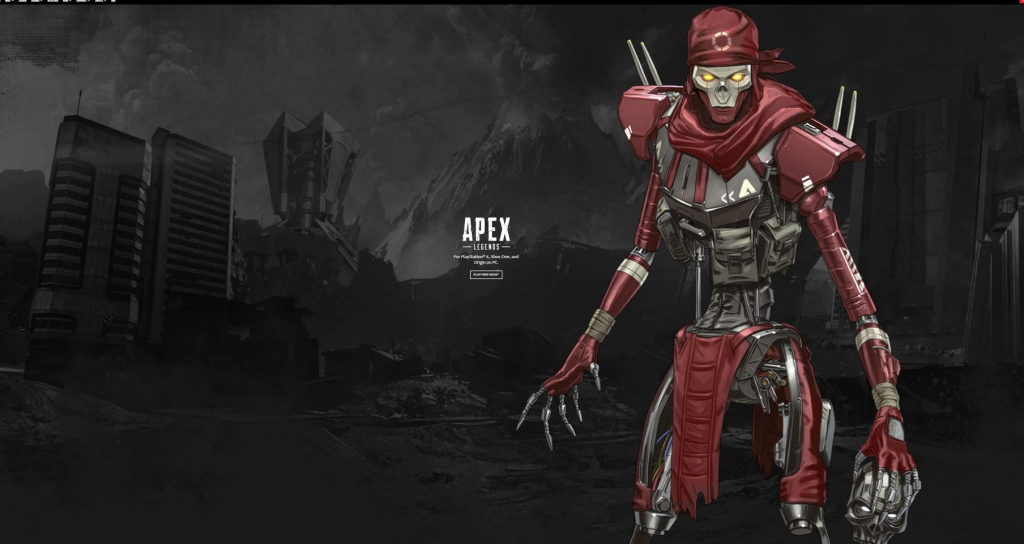 When Respawn Entertainment’s Apex Legends launched out of the blue in February 2019, it was dubbed “The Fortnite killer”. Many expected it to become THE Battle Royale to take esports by storm. However, despite the huge buzz and the 50 million registered users only a month after its release, Respawn failed to capitalize on the hype around the game’s potential to be an esports died down. As a result many established organisations such as 100 Thieves, Misfits and Cloud9, dropped their Apex Legends squads in mid-2019, seemingly writing off hopes for a competitive esports scene for the game as fake news.

However, Apex Legends is back with a vengeance in 2020 and justifiably so. The Season 4 Battle Pass not only welcomed balance changes, but also a new dynamic legend and the chance to return to King’s Canyon, the original map from Season 1. Apex Legends is back in business, and with 12 global live events planned for 2020 as part of the $3 million Global Series, developer Respawn has made the so-called “dead game” an esports title to watch out for this year.

The player base for Player Unknown’s Battleground on PC has been on a steady monotonous decline since March 2018. But Tencent Games’ exclusive free-to-play mobile version of the game is set to make a bang in 2020. PUBG Mobile remains a technical marvel and, despite its touch screen controls, has become immensely popular in China and SEA. PUBG Mobile has now amassed over 600 million user downloads since its launch, with India (116 million) and China (108 million) the leading regions according to SensorTower. As a result, PUBG Mobile became the first mobile game to earn over $1 billion in revenue and now Tencent is turning its attention to esports.

On December 5th 2019, Tencent announced it would commit $5 million to the 2020 PUBG Mobile competitive ecosystem, a commitment far too large to ignore. Four regional Pro Leagues are confirmed across three continents; Asia, North America and South America. They will all lead to a World Championship in December. It’s easy to dismiss mobile gaming as not “real esports”, but it’s important to understand that although PUBG Mobile is a simplified version of PlayerUnknown’s masterpiece in terms of controls, in terms of graphics and performance it’s incredibly impressive. Add to that the fact it is free-to-play unlike its older brother, and accessible to literally anyone with a mobile phone, and you can see why Tencent’s $5 million could easily elevate PUBG Mobile esports to dizzy new heights in 2020. 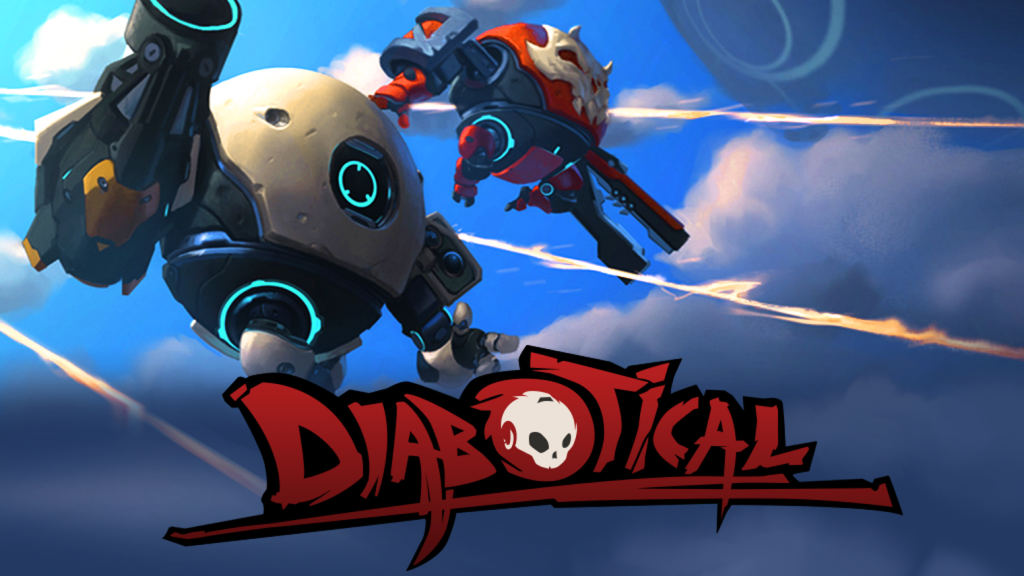 It’s been seven years in the works, but former professional gamer James “2GD” Harding’s creation finally launched its closed beta in February 2020. Diabotical is an Arena FPS game with a high skill ceiling inspired by ID Software’s Quake. Although it’s only just arrived in the hands of the beta key holders, it has the potential to make its mark on 2020. Perhaps not as a headline game, but definitely as a cult community title for die-hard esports fans. 2GD has mentioned that the studio has set aside $250,000 towards esports competitions in 2020. With the game set to be free-to-play on the Epic Games Store it could easily take off. It’s gotten a lot of publicity already from established esports figures, many who originally got their break in the Arena FPS scene.

Diabotical has been a labor of love, funded and supported by a segment of the esports community still keen to see the revival of a genre close to their hearts, following Quake Champions’ poor attempt to do so. Even in closed beta, Diabotical comes with custom lobbies, a map editor, extensive customizable settings for individuals weapons, and a development team in open communication with its player base. Word of mouth will be Diabotical’s most powerful ally. The fact it doesn’t take itself too seriously makes it stand out for all the right reasons. It’s silly, but on purpose. Arena FPS was the bread and butter of esports back in the day, and the fast-paced action of Diabotical could be a refreshing change for fans growing tired of Battle Royales in 2020. Keep an eye out for this one. 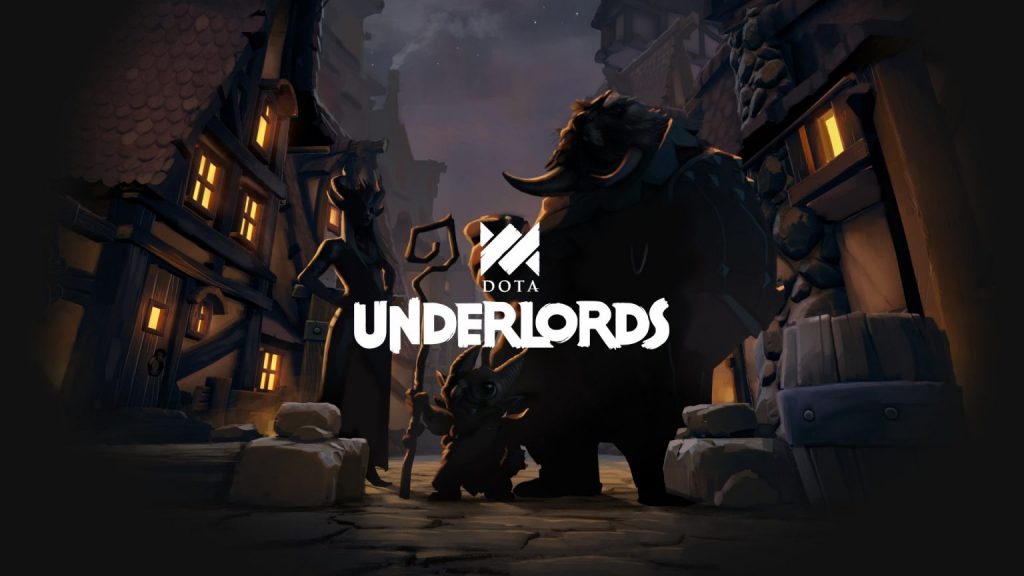 Much like Apex Legends, Dota Underlords’ chance for esports glory felt like it had been completely overlooked by its developer. At launch in June 2019, the game averaged 76,338 players on Steam. Those numbers dwindled month after month to drop to a measly 9,500 by January 2020. Following the colossal failure of their digital card game Artifact in 2019, Valve were clearly not ready to accept another flop. As a result they have invested into saving Dota Underlords from falling into the abyss. 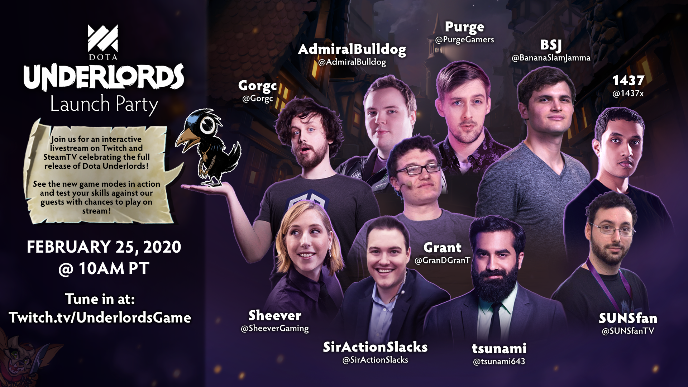 In February 2020, Dota Underlords left early access and a big update has seen numbers and interest rise for the first time since its release. As part of the launch of Season 1, Valve teamed up with high profile Dota 2 personalities and players such as SirActionSlacks, Sheever and AdmiralBulldog for a celebratory stream, drawing more attention to the fact the game has been reborn. It was an unusual move for Valve who often just let their games market themselves, but Underlords is on the rise thanks to this huge push. Realistically, esports-wise, Dota Underlords has been quasi non-existent so far ($23,997 total prize money), but the potential is clearly there. With an enticing progression system now in place to retain players, plus highly welcomed innovations and balance changes improving its long-term viability as an esport, Underlords could be the sleeper hit of 2020. However, Valve will need to strike while the iron is hot to keep the fire burning. Otherwise… it will be Artifact all over again.