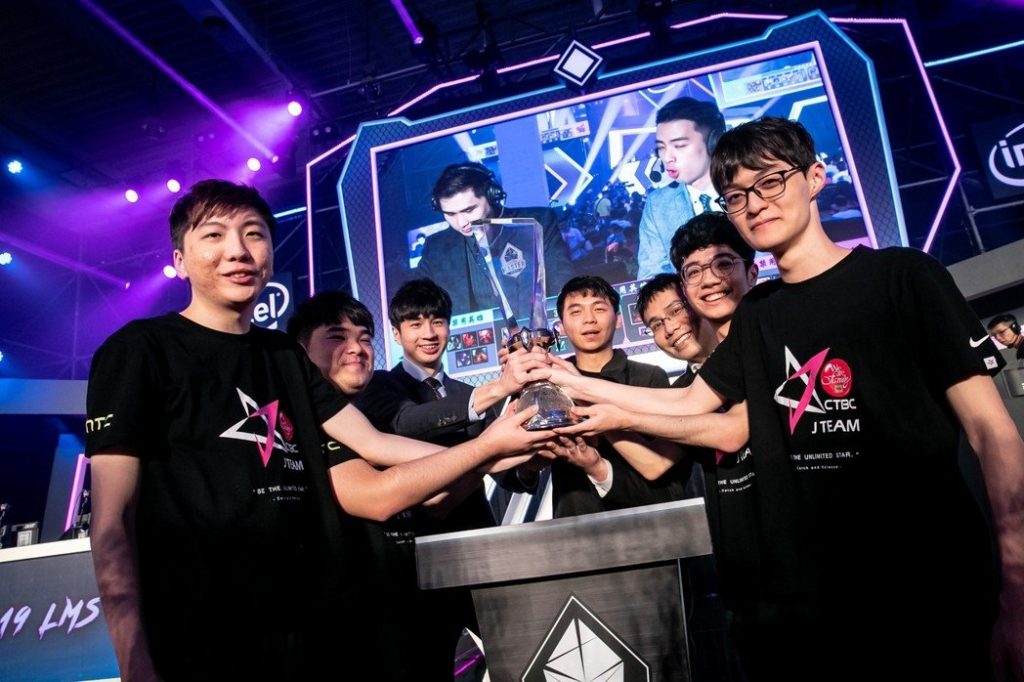 J Team will represent the LMS at the upcoming 2019 League of Legends World Championship. (Image via Garena)

If you haven’t been following the international League of Legends scene closely over the past year, any team not from China, Korea, North America or Europe probably isn’t on your radar for the 2019 LoL World Championship.

And who could blame you? Seasons and splits start and stop at different times of the year. Combined with countless time zone differences, it’s almost impossible to keep up with more than a few parts of the world at once.

Of the 12 teams not from major regions heading to Worlds this year, the majority of them will begin their run in the Play-In Group Stage on October 2. To save you from going in blind, this useful guide will tell you all you need to know about the lesser-known teams headed to Worlds.

How they qualified: After a perfect regular season ending in a 12-0 record, J Team qualified for the 2019 LoL World Championship by defeating ahq e-Sports Club 3-1 in the grand finals. Their mid laner Chu “FoFo” Chun-Lan is considered to be one of the best in the LMS.

How they qualified: Lead by LMS veteran Chen “Ziv” Yi in the top lane, ahq came second in the Summer Split with a 7-5 record. They fell to J Team in the finals and qualified for Worlds off of points.

How they qualified: HKA scraped by the regular season with a middling 7-7 record. In their run through the Regional Qualifier, HKA became the first team ever to deny Flash Wolves a trip to Worlds.

How they qualified: GAM make their return to the World Championship after smashing the regular season 11-3 and sweeping the VCS Finals 3-0. Led by Jungler Đỗ “Levi” Duy Khánh and top laner Phạm “Zeros” Minh Lộc, GAM stormed their way through summer with their signature wild playstyle. Some analysts even predict them to make Quarterfinals.

Hot take: They will make it out of groups https://t.co/tvu3VirkQI

How they qualified: Lowkey Esports qualified for Worlds in their first year as an organization in the VCS after climbing through the Summer Playoffs losers bracket. Star mid laner Nguyễn “Artifact” Văn Hậu is a monster on carries, and someone to look out for in the Play-In Stage.

How they qualified: Royal Youth blazed through summer with a 16-2 record in the regular season. After a gruelling five-game series against Play-In regulars SuperMassive eSports, they qualified for Worlds as Turkey’s first and only seed. Formerly of team MVP in the League of Legends Champions Korea, marksman Na “Pilot” Woo-hyung steals the spotlight as the roster’s anchor.

How they qualified: DFM finished first in summer with a 17-4 record and nearly swept the LJL Finals against V3 3-1. They were one of the only teams to challenge Cloud9 in last year’s Play-Ins, and nearly escaped Play-Ins at this year’s Mid-Season Invitational.

How they qualified: MEGA finished the regular season in second place with a 6-1 record and went on to sweep Axis Empire in the grand finals. After an unimpressive showing at 2019 MSI Play-Ins, a respectable performance at Worlds may have good implications for the development of the LST region.

This feels so great after all these years. Especially happy for @SheepyLoL who really deserves this! pic.twitter.com/7E25X8Xusy

How they qualified: After years of failing to qualify within the League of Legends European Championship Series, it seems a rebrand in the LCL was all UoL needed to accomplish this long-time goal. They destroyed the competition in summer with a 12-2 record. With ex-Gambit support Edward “Edward” Abgaryan and mid lane powerhouse Lev “Nomanz” Yakshin at the helm, they defeated Vega Squadron in the finals 3-2.

How they qualified: Mammoth ended the Split Two with a 16-5 record and swept Chiefs Esports Club to reach Worlds and represent the OPL. The region continues its struggle for international success, but this may be their strongest Worlds rep yet. Pop off performances from talents like mid laner Stephen “Triple” Li and bot laner Calvin “K1ng” Truong will be crucial if they’re serious about making it into the main event.

How they qualified: Flamengo redeemed their disappointing spring by going on a 16-5 tear through the regular season in summer and gaining revenge against INTZ in the grand finals. With skilled players such as stalwart top laner Leonardo “Robo” Souza, ex-Dignitas jungler Lee “Shrimp” Byeong-hoon and marksman legend Felipe “brTT” Gonçalves, it’s expected for this lineup to cause some upsets.

How they qualified: Carried by the dynamic jungle/mid duo of Sebastián “Oddie” Alonso Niño Zavaleta and Édgar Ali “Seiya” Bracamontes Munguía, Isurus made a 17-4 run in the regular season and swept All Knights 3-0 in the finals. Their appearance at the 2019 MSI was an utter failure, and Worlds will be their chance to showcase their true strength.

Be sure to follow Hotspawn throughout the LoL World Championship for more coverage and team features. The Play-In Stage begins on October 2.