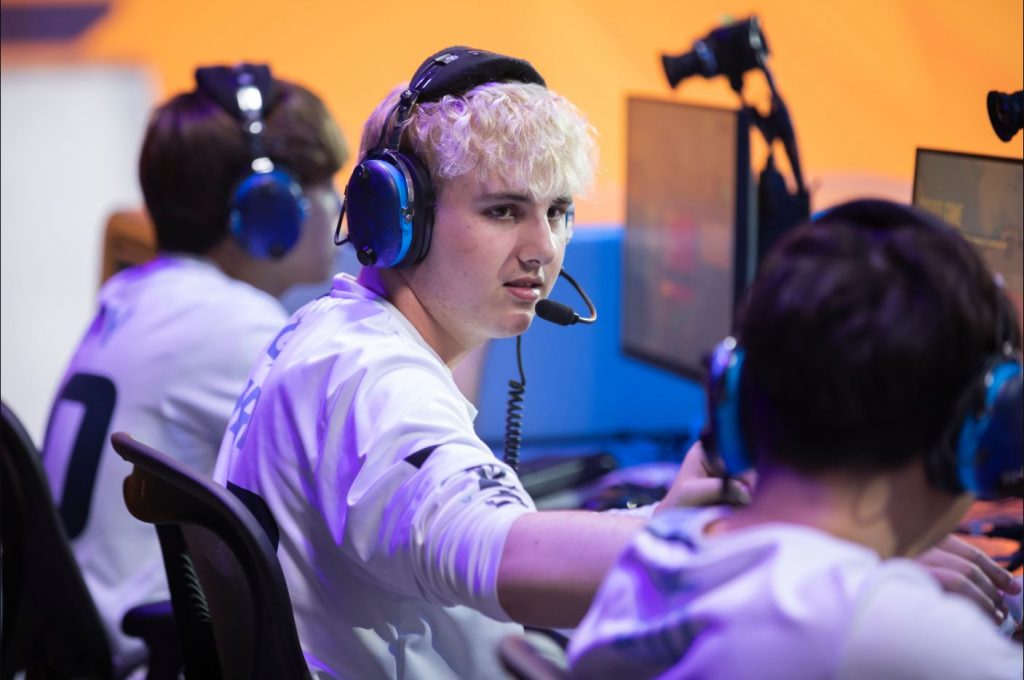 Guangzhou picked up a big win behind the clutch performance of nero. (Photo Courtesy Robert Paul for Blizzard Entertainment)

When it comes to entertainment value, Chinese Overwatch always delivers. With the four Chinese teams back in action for their second week of play, again the results are enough to leave you in awe.

This time it was the battle between the Guangzhou Charge and Chengdu Hunters that had all the twists of a grade-A thriller. The Charge emerged battered and bruised, but with a big win to bolster them in the highly competitive region.

They’re joined at 2-1 by the Shanghai Dragons who once again looked dominant in a 3-0 sweep of the Hangzhou Spark. With some spicy rematches coming on Monday, let’s take a look at how Guangzhou and Shanghai rose to the occasion this week.

Last week was a strange debut for Shanghai. Their opening win over the Charge made them seem every bit the juggernaut they were projected to be. The DPS duo of LIP and Fleta looked like a contender for best in the league. New additions Void and Stand1 were an extremely solid tank line. LeeJaeGon and Izayaki showed off mechanics that can make them elite.

Then, they ran into the Chengdu Hunters. Thrown off completely by the Hunters’ unorthodox style, Shanghai couldn’t find any answers on the way to an 0-3 loss. Coming into week nine, they had an opportunity to regain their status as top dogs.

They seem to have done exactly that with a convincing victory against Hangzhou. From start to finish, the Dragons were in the driver’s seat, bullying Spark with aggressive play. Void and LIP, in particular, took over the series, building ult charge far faster than their opposite numbers.

Part of that was definitely Shanghai’s style, relying less on LIP to find individual hacks with Sombra and more on his ability to farm EMP at hyperspeed. He was also extremely in sync with his team, setting them up for big opportunities with his ultimates.

Hangzhou made it a fight on Ilios, thanks to some clutch individual plays. Sasin put in work on Zarya on Ruins, and iDK tried his damnedest to boop the Spark to a win. It wasn’t enough though, and the series quickly got out of hand.

The Dragons took over from there, with blistering attacks on both Paris and Dorado that the Spark just couldn’t match. Every time it seemed like Hangzhou was finding a foothold to make a comeback, the Dragons always managed to shut it down. Whether it was the flashy EMPs or the little things like Fleta stalling to buy time for reinforcements on Dorado, the Dragons had the answers every time. Combine that with their immense skill across the roster, and it’s easy to see why they’re the most dangerous team in China.

Guangzhou Take Down Chengdu In Map 5

Where the first series of the day went mostly by the books, this one pulled a Dead Poet’s Society and started ripping up the book from minute one. That’s to be expected when the Hunters are involved, but with Wrecking Ball out of the rotation this week, it was unclear exactly what to expect from this team.

Instead of Ameng in the lineup, it was ATing making his OWL debut for the Hunters. He came out playing a lot of Winston to mixed results. His pick was largely countered by Guangzhou’s meta comps featuring Reaper and Reinhardt, but he still found openings. Chengdu was trying to replicate their normal style by playing mostly dive, so ATing was mostly there to make space for the rest of the team.

Busan went the way of the Charge thanks to the compositional mismatch and the forced fights on a neutral objective. There was simply no way for the Hunters to control space against the Guangzhou setup.

The Hunters answered back on Hanamura by changing up their hero choices. Their double shield defense bled the clock dry on the Charge attack, giving them a golden opportunity. They were able to match Guangzhou’s meta comp on the attack, and Jinmu EMP gave them enough time for a second attack. A Symmetra teleporter made sure they had time for two attempts in extra rounds, and ATing closed out map two with a big Earthshatter.

You don't need magic when you have ATing! 🧙‍♂️🧙‍♂️#LetsGoHunt #OWL2020

Chengdu continued the momentum on Rialto, where they got to break out Jinmu’s Pharah again. He mostly lost the duel to nero, but Chengdu still managed to get the cart over the line. With Ameng back in to play Orisa, the Hunters looked spectacular in coming up with a full hold defense. Baconjack was dominating the Widowmaker battle against Eileen and the Charge couldn’t punch through.

Guangzhou answered back in a big way on Numbani, stopping the Hunters short of the second point. It was here that nero and Cr0ng really started to take over the match. Nero’s Reaper was near-perfect, and Cr0ng kept the Hunters DPS at bay as the Charge forced a Map 5.

On Ilios, the drama ramped up to insane levels. Guangzhou was quite sloppy even as they took Ruins, overextending and just barely salvaging the first round. Chengdu dominated on Well, where their dive comp enabled Jinmu’s Pharah to go off.

It all came down to Lighthouse, where the Hunters jumped out to a 99-0 lead. It took a desperate touch from nero to even trigger overtime, but Guangzhou was able to punish a scattered Chengdu to keep their hopes alive. Multiple times, it seemed like the Hunters had this match in the bag, but every time, the Charge managed to fight back. Nero went to another level in the clutch, hunting down the Chengdu supports on Tracer and playing the hero for his team.

Looking Ahead to Monday

Sunday’s games marked the end of the first round of games between the four Chinese teams. They’ve all now played each other once, with Guangzhou and Shanghai emerging as the early frontrunners. Where Shanghai has done it with clean teamplay and convincing wins, the Charge have relied on grit and pure clutch factor to win back-to-back five-map series.

In fact, so far every Chinese match has either been a sweep or gone the full distance. There seems to be no middle ground with these teams at the moment, and that sets up some fascinating games on Monday.

The Charge will look to continue their streak by matching up against the Spark again. The last one went to five so expect more down-to-the-wire action from this rematch, GodsB and nero have been clutch saviors for their teams so far this season, but who can carry harder?

The other rematch features the Hunters and Dragons, in a repeat of maybe the biggest surprise so far in this region. Shanghai has a chance for revenge after an embarrassing sweep last week, and Chengdu seems a bit hobbled without Wrecking Ball in the picture. Shanghai is the clear favorite, but that was true last week. Plus, you can always rely on the Hunters to conjure up some magic.