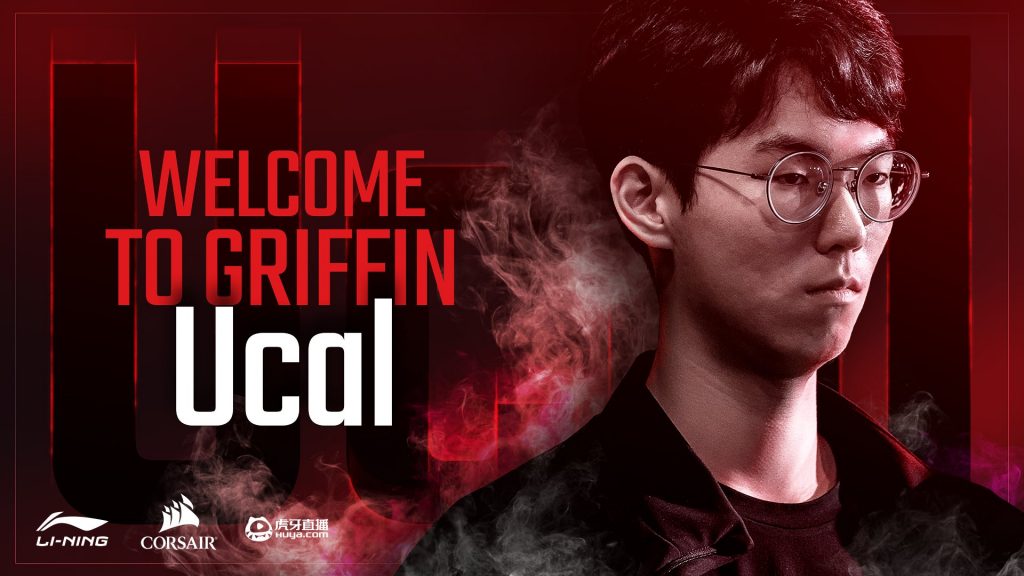 Griffin announce the signing in Ucal in preparations for the LCK Spring Season. (Photo courtesy Griffin)

Griffin have announced the signing of mid laner Son “Ucal” Woo-hyeon to their main League of Legends roster.

We are happy to announce Ucal(Son Woohyun) has joined Team Griffin as a mid-liner. Expect great plays by Ucal in the future!😄#Ucal #Welcome #GRF pic.twitter.com/Wx2Hqt8zmL

The acquisition comes two weeks after Griffin’s unceremonious exit from the 2019 KeSPA Cup. During the tournament, Griffin had a direct invite to playoffs. However, the team’s new roster looked unprepared and ended up losing every game they played.

Griffin is understandably struggling to build another top tier squad after their saga of controversy. The first change to their rebuilt roster will add another option in the mid lane. Ucal will likely compete with Yoo “NaeHyun” Nae-hyun and Shin “Rather” Hyeong-seop for the starting spot ahead of LCK Spring 2020.

Last season Ucal played on the Afreeca Freecs main roster. The team average at best with their top placement being a fifth-place finish in Summer. Ucal was hyped up to be one of the new big Korean mid lane stars after helping KT Roster win the LCK title in his 2018 rookie year. However, his performance last year was nothing special.

This could be Ucal’s chance to slingshot himself back into the spotlight. Griffin are in dire need of a strong mid laner to fill the massive shoes left by Jeong “Chovy” Ji-hoon. Expectations for Griffin have been tempered by their recent issues, but if Ucal can help the team return to form, his mid lane prowess will certainly be a key factor.

Check back at Hotspawn for all the latest news leading up to the LCK’s return in February.