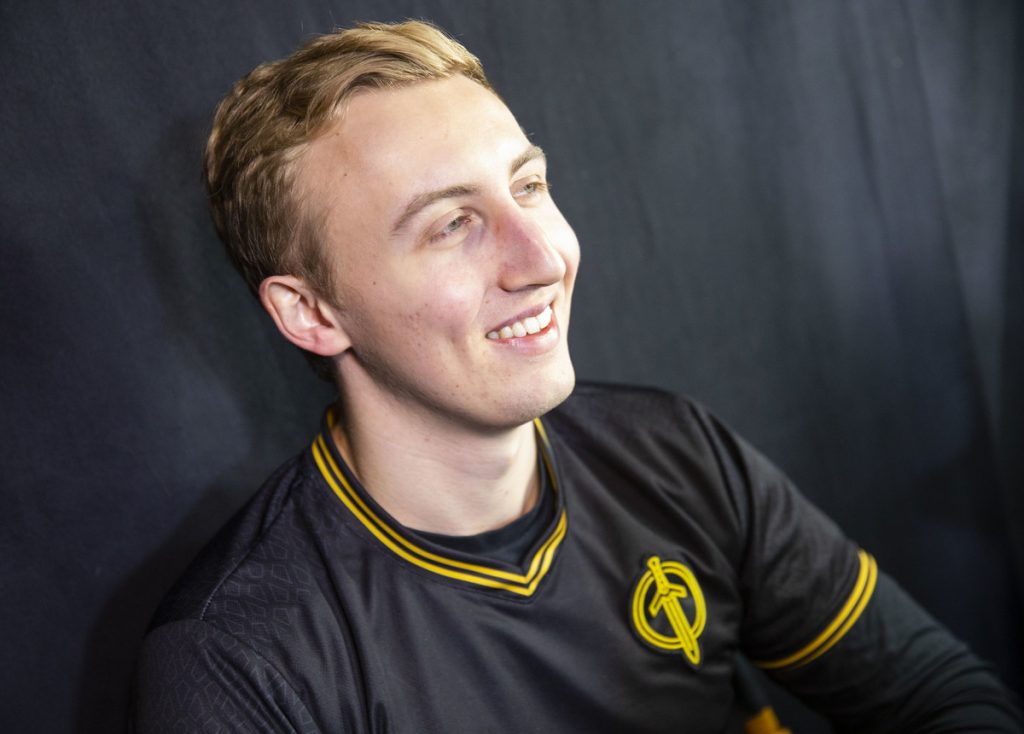 Goldenglue is looking for a new challenge after parting ways with Golden Guardians. (Photo by Colin Young-Wolff - Riot Games)

Mid laner Greyson “Goldenglue” Gilmer has announced he and Golden Guardians have mutually terminated his contract. Goldenglue is now a free agent and is open to offers in both playing and coaching roles.

Today we say goodbye to @Goldenglue. Thank you for being a part of the GG family and we wish you all the best on wherever life takes you next! pic.twitter.com/XXZvYMBixn

Goldenglue has been a fixture in the North American competitive scene since 2014. He first debuted in the LCS for Dignitas in the Spring of 2014. Since then, Goldenglue has played for compLexity Gaming, Team 8, Immortals, Echo Fox, Team Liquid, and Cloud9 before joining Golden Guardians.

After starting all 22 games for Golden Guardians in 2020 Spring, Goldenglue was replaced by Tanner “Damonte” Damonte in the starting lineup for 2020 Summer. GGS also opted to give Nicholas “Ablazeolive” Antonio Abbott the academy starting role, leaving Goldenglue without a starting role in the organization.

In his announcement, Goldenglue wrote about the competition in between splits for the starting spots. Originally GGS decided they would start Ablazeolive in the LCS for Summer, leaving Goldenglue on the Academy roster. But when Damonte was allowed permission to scrim with GGS, the team decided to acquire him for their LCS starting role.

What happened with Golden Guardians

Goldenglue noted that he was one of GGS’ best performers in the Spring Split, evidenced by his team-leading three game MVPs. While this was true, Goldenglue was not one of the better mid laners in the LCS statistically. Goldenglue ranked in the bottom half of the league in KDA (2.4), kill participation (65.9%), gold difference at 10 minutes (-12), XP difference at 10 minutes (-50), damage per minute (456), and team damage percentage (27.1%). In that vein, you can understand how GGS would look for an upgrade.

At the same time, Goldenglue’s frustrations are understandable. Not only did he perform better than multiple import mid laners in the LCS, his Spring Split was much better than Damonte’s last full split in the LCS — 2019 Summer. Damonte’s stats for comparison: KDA (3.8), kill participation (61.5%), gold difference at 10 minutes (-110), XP difference at 10 minutes (-160), damage per minute (367), and team damage percentage (21.5%). Obviously the metas and team environments are not the same, but he fared much better compared to his peers.

What’s happening to him right now feels very similar to what happened to Eugene “Pobelter” Park prior to the Spring Split. Both are solid, known quantities in mid lane who don’t offer some untapped potential upside, but still are top ten players in their role. Pobelter chose to become a position coach for Team Liquid before getting signed to Counter Logic Gaming later in the split. Goldenglue could follow a similar path, taking a coaching job until a starting spot on a team presents itself. Until then, he will be a free agent for the first time since he left Team Ember in March 2016.