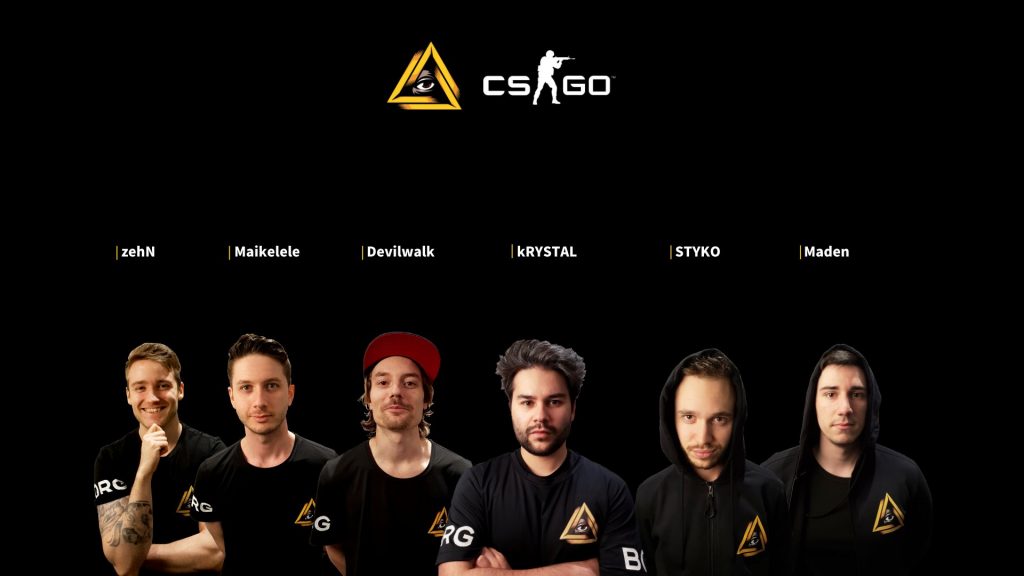 GODSENT had completed a merger with The Final Tribe in September that had kickstarted the organization back into operational gear. The recruiting effort will serve as GODSENT’s return to CS:GO following a 16-month period in the dark when the former roster had joined Red Reserve on a permanent basis.

GODSENT’s newest squad will be led by Kevin “kRYSTAL” Amend, the former PENTA Esports fragger who had helped lead the German organization to two Major playoff appearances between 2014 and 2015. Competing under the SMASH banner, the unit was able to secure wins over Spirit, Virtus.pro and CR4ZY in addition to taking first at the LOOT.BET Season 4 cup. The European mixture had qualified for WePlay! Forge of Masters Season 2 Finals as well during this time, where they will debut as GODSENT this Friday.

The explosive roster which includes ex-Mousesports rifler Martin “STYKO” Styk had only played with SMASH since September, citing internal issues that would eventually lead to its abandonment. In a tweet, STYKO explained that the members opted against signing a contract with SMASH for a variety of reasons, but namely due to disparities in how the organization should be operated. Moreover, none of the players received a salary during their time with SMASH, claiming that the management “needed to find sponsors since they are new to esports.”

In a report by Finnish source yle.fr, Jesse “zehN” Linjala provided more clarity on the situation to transition to GODSENT, saying: “We signed a three-month trial agreement with SMASH because the organization did not have enough sponsors at the beginning to support the team financially,” the Finnish player said. “We kind of wanted to show our commitment to the project.

“The owner of the organization suddenly started looking for new players for the team without informing us, and eventually wanted to keep only me and STYKO on the team. At that point, we decided together that a game like this would not go awry and said “no thanks” to the contracts.”

With its newest signings, GODSENT is now: