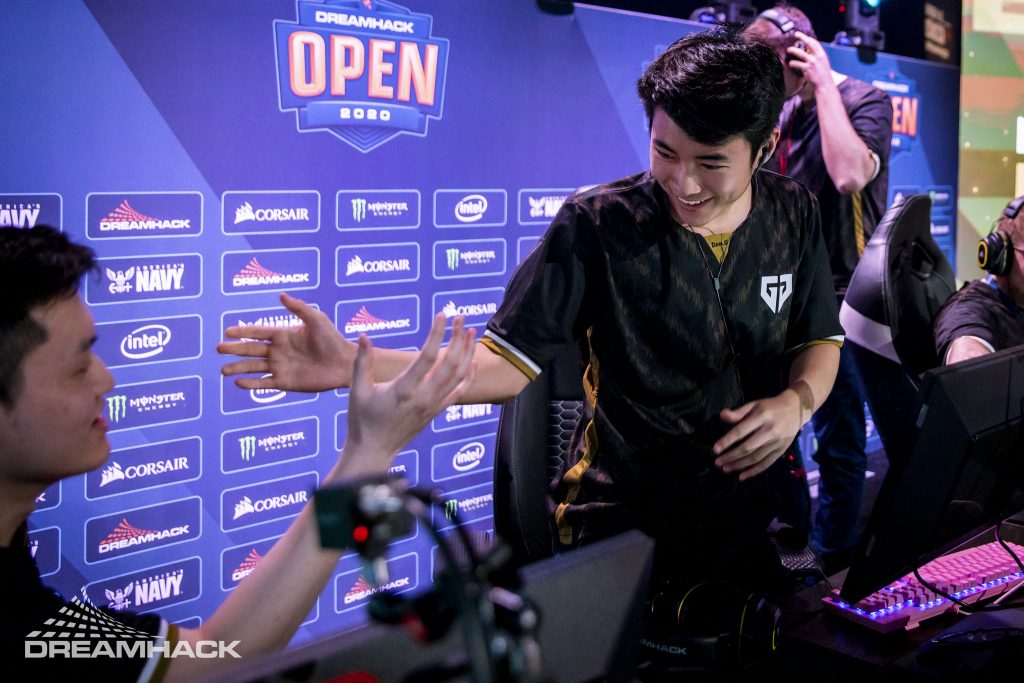 Gen.G’s 2-1 win over FURIA at ESL Road to Rio has risen them to third in RMR points. (Photo courtesy DreamHack)

ESL’s Road to Rio North America has come to a close. After a fairly straightforward playoffs bracket, Gen.G Esports and FURIA Esports met in the Grand Finals. Both teams earned first round byes after topping their groups last week. The matchup went the full distance as Gen.G eventually took the crown.

The Road to Finals

Before Gen.G and FURIA had to play a match, the quarterfinals needed to be settled. In the first matchup, Team Liquid took a convincing 2-0 sweep over 100 Thieves. After winning their own Mirage pick 16-8, Liquid stole away 100T’s Vertigo 16-10. The second match saw Cloud9 come back from a map down against Team Envy to secure the reverse sweep and a top four finish. C9 lost their map pick of Overpass first, then barely edged Envy out on Nuke 16-14 before taking Dust2 16-12.

With both third seeds advancing over the second seeds, semifinals were set. FURIA’s matchup against Liquid went the way of the Brazilians just as decidedly as it did in the Group Stage. Liquid tried to switch up their map pick by choosing Overpass instead of Inferno, but it didn’t pay off. FURIA took Liquid’s map then went back to their preferred Vertigo to complete the 2-0.

On the other side, Gen.G were looking to exact their revenge on C9 after they were denied an undefeated run in Group A. C9 came into the match picking Inferno, the map they beat Gen.G on in the tiebreaker. However, this time Gen.G took down C9 16-10 to go up a map. Right after, C9 took away Gen.G’s surprise Vertigo pick in a close 16-13. With Train as the tiebreaker, Gen.G pulled out all the stops to demolish C9 16-6 and earn a place in Grand Finals.

Since Road to Rio is about the RMR and ESL Pro Tour points, there was a 5th and 3rd place match held between the losers of quarterfinals and semifinals respectively. Both matches saw the heavy underdog take the win in grueling 2-1 fashion.

100T took the first map of Mirage and were looking to complete a 2-0 on Inferno. However, Envy dragged the match into overtime and won 19-17. A 16-10 win on Nuke netted Envy the come from behind match win. Liquid faced a similar fate. After winning on Dust2 dominantly 16-5, they were reverse swept by C9 on Inferno and Vertigo. Even if it was just complacency, losing that match cost Liquid $2,000, 100 RMR points, and 60 ESL Pro Tour points.

Although the Grand Finals was a 2-1, the match was realistically very one sided. After Gen.G picked Train, FURIA once again opted into their signature Vertigo, a map which Gen.G has a 20 percent win rate on.

Train was hardly a contest. Gen.G’s explosive T side took a 9-6 lead at the half before they swapped to the defense. Once there, Gen.G didn’t allow FURIA a single round. The map ended 16-6 for Gen.G. Now on Vertigo, FURIA got to flex their muscles for a bit. After a weak opening, the Brazilians took six of their last eight T side rounds to go into the half 7-8. Gen.G’s lack of preparation for Vertigo showed on their attack. FURIA were able to stonewall them out of most of their site hits, only allowing three bomb plants all half. FURIA took the map with a 16-12 score line.

The final test would be Inferno. Although both teams had played it 12 times in the past three months, Gen.G’s win rate was significantly higher going into this match. That discrepancy showed to be relevant. FURIA got off to the hot start on their T side with a 6-2 lead. However, Gen.G were able to stabilize and win out the last seven rounds in the half. FURIA’s CT side managed a short three round burst at the start of its campaign. That was all they could put up as Gen.G ran away with the game. The map ended 16-9 for Gen.G, confirming the 2-1 victory and the Road to Rio title.

We come out on top of our #RoadToRio journey as we take down @Furiagg 2-1 in the Grand Finals! Damn it feels good! #GenGWIN#WeAreGenG #TigerNation pic.twitter.com/9Y77Hhh6mb

With this win, Gen.G have taken home $18,000, 1600 RMR points, and 400 ESL Pro Tour points. This boost has put them in third place in the Rio Major qualification standings. If they can keep this placement, Gen.G will gain Legend status for the Major. Although NA’s Road to Rio is over, there will still be more chances for teams to gain RMR points and qualify for the Major.