Gen.G, FURIA Top Their Groups at ESL Road to Rio 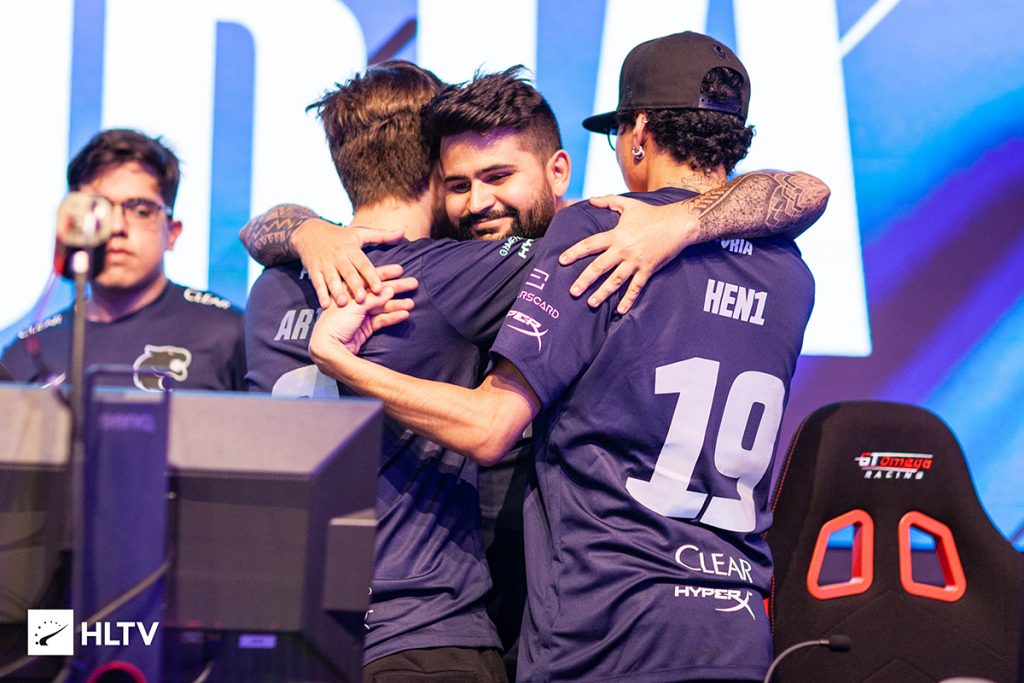 FURIA have gone undefeated in Group B of NA’s Road to Rio, securing a semifinals berth (Image via HLTV)

The first of Valve’s new RMR events for Major qualification, Road to Rio, is underway. On the North American side, the group stage has concluded. Gen.G and FURIA have come out on top of their respective groups and advanced directly to the semifinals.

Group A – Gen.G Steal the Show

In Group A, Gen.G have surprised everyone by topping the group with a 4-1 record. Their journey started with a tough matchup against 100 Thieves. The first match of Road to Rio ended in Gen.G’s favor after two decisive 16-10 wins on Mirage and Dust2. Sweeping a top ten team right off the bat showed that Gen.G were here to play.

After wins against Triumph and Orgless, Gen.G ran into Cloud9 for the fourth match of the round-robin. The core and coach of Gen.G hoped to win the grudge match against their former organization to remain undefeated. After taking C9’s map pick in a tight 16-14, that prospect looked good. On their own Nuke pick, Gen.G started with six T side rounds. Unfortunately, their CT side collapsed and C9 ran away with a 16-9 map win. Gen.G’s defense continued to be exploited on Inferno as C9 took 11 T side rounds. In the end, C9 secured the win, putting Gen.G in a three-way tie going into the final day.

Standing in their way of first seed was Evil Geniuses. The seventh-ranked team in the world had been struggling in the group stage with a 2-2 record. However, this match was do-or-die for the Geniuses. If they lost, they would be eliminated.

At first, EG looked dominant. They took Gen.G’s Train pick with a 16-6 scoreline. With their playoff hopes on the line, Gen.G needed to pull off a reverse sweep. On Nuke, EG took an 8-3 lead on the attack. However, Gen.G were no slouches on their own T side. They picked up eight of the first nine rounds. EG stabilized late in the half to earn match point at 15-14, but Gen.G persevered to force overtime.

After going 2-0 on their CT side, EG were looking to hit match point again. They earned a 4v2 man advantage but then overextended and were thoroughly punished.

The momentum swing allowed Gen.G to close out Nuke 19-17 to stay alive.

The tiebreaker map was Dust2. The entire game was very back and forth as both teams brought their all. Gen.G earned an early match point, but EG fought back to bring the score to 15-14. However, the 30th round went the way of Gen.G, solidifying the 16-14 win.

In the other important day five matchup, 100 Thieves bested Cloud9 in two maps 16-13 and 16-12. Gen.G and 100T both had a 4-1 record, but Gen.G took the head-to-head and earned first seed. 100T take second seed in Group A while C9 take third. Surprisingly, the group favorite in EG have been sent home.

Group B of NA’s Road to Rio was a much more straightforward affair. FURIA Esports came into the group as the most likely team to challenge Team Liquid at the top. Both teams started off with 2-1 wins, Liquid over Bad News Bears and FURIA over Team Envy. Their second matches were also straight mirrors with Liquid and FURIA sweeping MiBR and BNB respectively.

FURIA avoided the same fate by reverse sweeping Yeah Gaming in their third match. After a rough start on Inferno, FURIA bounced back against their Brazilian brethren on Mirage and Nuke to earn a 3-0 record. The fourth match would be the one everyone was waiting for: Liquid vs FURIA. The match was seen as the first seed decider and was supposed to be a back and forth brawl. Unfortunately for viewers, it was just Liquid taking a beating.

Liquid had little to say on FURIA’s Vertigo pick. The North American squad just looked ill-prepared on the new iteration of a once favored map for them. Inferno looked more promising as Liquid shot out to a 7-1 lead on T side. However, FURIA fought back with a stalwart defense across the map, starting with a 4K in Banana by Andrei “arT” Piovezan.

Filled with confidence, FURIA cut the deficit to just 7-8 at the half. That momentum proved crucial as FURIA were able to quickly take the lead on their T side. Always staying one step ahead, FURIA closed out Inferno 16-13 for the 2-0 sweep.

The final day of contention went off without a hitch. FURIA 2-0’d MiBR, Liquid 2-0’d Yeah, and Envy beat BNB 2-1. Impressively, FURIA completed the only undefeated run in the region to earn first seed and a ticket to semifinals. Joining them from Group B will be Team Envy in second seed via tiebreaker, and Team Liquid in third.

The NA Road to Rio quarterfinals matchups will be:

The first matchup is incredibly top-heavy on paper. Both 100T and Liquid have a chance to prove that they have what it takes to stay at the top of North American competition. On the other side, Envy and C9 is a battle of up-and-coming rosters in the region.

FURIA lies at the end of the first matchup while Gen.G is at the second. Both teams have plenty of time to study their potential opponents. Road to Rio continues to heat up as valuable Major qualification points are on the line.