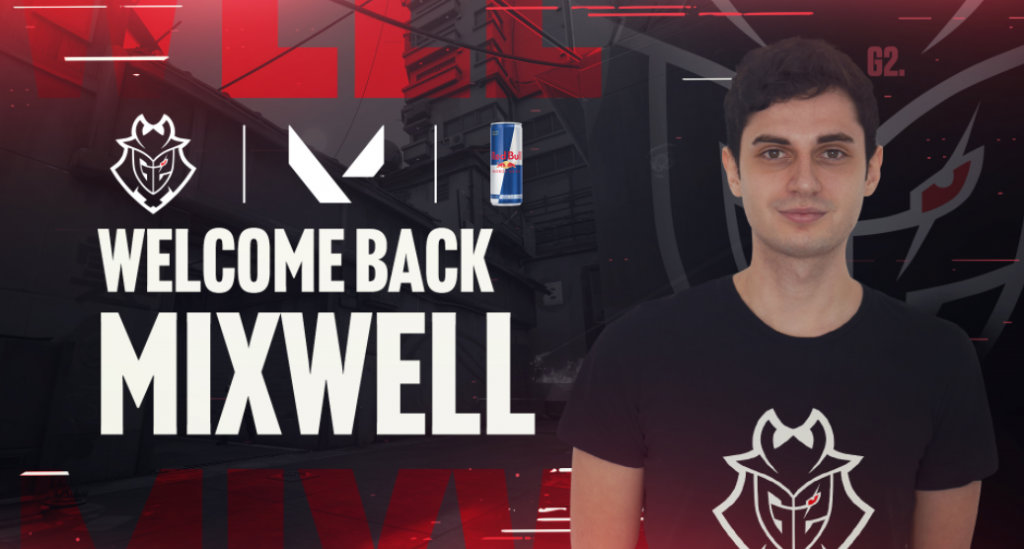 He's back and ready for action!

Join us in welcoming @Mixwell as the first member of our @PlayValorant roster!

Mixwell is one of the most accomplished Spanish CS:GO players of all time and is a solid first choice for G2. He played for various teams such as Cloud9, OpTic Gaming, and Movistar Riders. Mixwell has already made a name for himself in VALORANT as well. The talented player recently won the Twitch Rivals: Valorant Launch Showdown – Europe No. 1.

This is also not Mixwell’s first time playing under the G2 Esports banner. He briefly joined the CS:GO roster as a temporary player in 2018, and the organization is glad to have him back. G2 Esports CEO Carlos “ocelote” Rodriguez expressed his excitement about acquiring Mixwell and how he is the first building block for an amazing team:

“G2 will have a World Championship winning team and it all starts with Mixwell. Many top organizations fought hard for him and we are delighted he’s put so much trust into letting us build a killer lineup alongside him.”

Mixwell is excited to be a part of the organization again and believes it is a natural next step:

“G2’s history shows that they are competitive in every game they’ve been part of and their content is also top, most of my fans are also G2 fans so it makes even more sense for me. The goal is to be the best VALORANT team in the world and I want to be the best player in the game, have fun representing the fans around the world, and I am sure we can do it together.”

G2 Esports is hosting the VALORANT Ignition Series G2 Invitational on June 19th, but it is unclear if Mixwell will be one of the eight captains at the event.

G2 fans can expect more announcements regarding the VALORANT roster over the next few weeks.