FURIA Rise in the Rankings at ESL Pro League Week 2 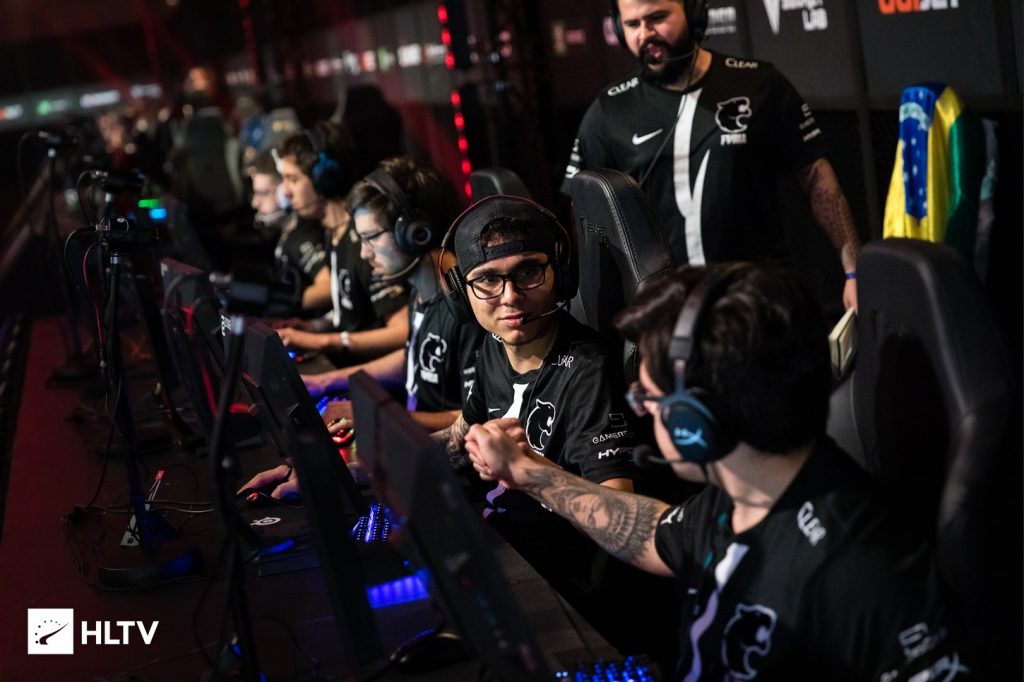 FURIA have gone undefeated in week two of ESL Pro League, beating one of their toughest competitors in Liquid. (Photo courtesy HLTV)

North America’s second week of ESL Pro League Season 12 has been completed. Of the six matches played, every single one ended in a 2-0 sweep. Most of them were pretty underwhelming, with the favorite team taking the win without much contention. One team did stand out from the rest. FURIA matched Evil Geniuses’ undefeated week one and now sit even with them in the standings.

FURIA’s first match was against Triumph. The bottom team at Pro League got to start off with their Train pick. Things looked good out of the gate with Triumph taking the first four rounds in a row off of a pistol win. Unfortunately for them, FURIA eventually had weapons to fight with. The Brazilian squad railed off 11 successful defenses in a row to take an 11-4 lead at the half.

Triumph actually had a very good response on their own CT side. Kaleb “moose” Jayne led the way for Triumph’s comeback, earning 30 kills and 97.8 ADR. After winning eight of the first 10 rounds, the score was tied at 13 apiece. From there, FURIA found their avenue in. The last three rounds of regulation all went their way via heavy A side aggression. The 16-13 result put FURIA up 1-0 in the series.

Now on their own pick of Inferno, there was no contest.  FURIA started out on the T side and absolutely cleaned house. Triumph offered little to no resistance as FURIA stormed right through them for a 13-2 half. The match ended just three rounds into FURIA’s CT side as they completed the 16-2 destruction. Every single player on their side earned an HLTV rating of 1.30 or higher.

With Triumph out of the way, FURIA’s real test arrived in the form of Team Liquid. The last match of the week would determine who joined EG in the 3-0 club and who would be given their first loss. What was supposed to be an incredibly competitive series turned into anything but.

Liquid’s Nuke pick was up first. Their attack started off well as they found their way into a bomb site almost constantly. Their 6-3 lead was then quickly erased as FURIA activated their signature aggression. The final six rounds of the half all went their way, capped off with a literal spawn push 4K from Andrei “arT” Piovezan.

FURIA’s momentum continued on their own T side after a pistol round win. They took the first five points, bringing the score to 14-6. Liquid to do little to stem the bleeding. Map one went to FURIA in an unexpected 16-8 stomp.

It was a similar story for Liquid on FURIA’s Vertigo. Their early T side play was very strong and netted them another 6-3 lead. Then FURIA came back strong once they adapted to Liquid’s game plan. Fortunately for Liquid, they managed to take some more points going into the half this time. Their 8-7 lead was slight, but could be worked off of to force a third map.

Any hope of that went out the window once FURIA hit the ground. The Brazilian squad put together a perfect attacking half, dismantling Liquid at every turn. Every player on FURIA had over 90 ADR and a rating of 1.40 or higher on the T side. Kaike “KSCERATO” Cerato and Henrique “HEN1” Teles both racked up 11 frags and multiple clutch rounds. Liquid could do nothing as FURIA completed another 16-8 to sweep the series.

The rest of the group went pretty much as expected. Gen.G and Triumph both 0-2, solidifying their spots at the bottom of the table. Cloud9, Chaos Esports Club, and 100 Thieves all earned a win and now sit tied with 1-2 records. Next week will see tons of crucial matches to determine which of them will rise and take the playoff bubble spot.

The biggest matchup of next week happens on just the second day. September 16th will play host to FURIA vs Evil Geniuses. The winner will control their own destiny in the journey for first seed. Liquid also needs FURIA to lose to even have a chance at topping the group.