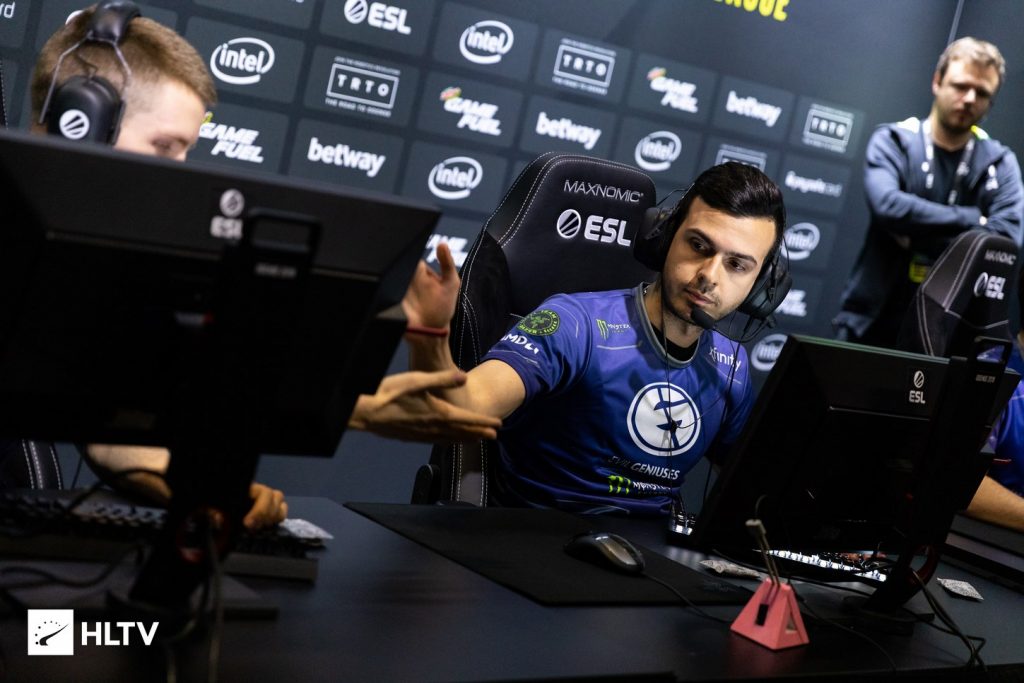 The North American half of ESL Pro League Season 12 has seen its first week of play. Unlike Europe’s sixteen team two group format, NA only has eight teams competing in the round robin. As such, there will be much fewer games played throughout the three weeks. So far, nothing particularly abnormal has taken place.

Opening up Pro League with an undefeated 2-0 record, we have Evil Geniuses. The winners of the recent ESL One Cologne are looking to keep their foothold over the rest of the region and have gotten as good a start as any.

EG saw two consecutive match days on September 4th and 5th. First up was 100 Thieves. The Australian squad who was competing at the top of the region earlier in the year was no match for the Geniuses. On 100T’s Mirage pick, Evil Geniuses shut their opposition down across the entire map. Vincent “Brehze” Cayonte showed what he can do, earning a 26-11 K-D ratio with 124.3 ADR, good for a whopping 1.95 HLTV rating.

The 11-4 CT half led into a swift 16-5 close out for EG as they stole the Thieves’ map. Next came Nuke, and 100T had to start strong on the defense. They did win the pistol round and anti-eco, but then came EG’s gun rounds. Surprisingly, it was AWPer Tsvetelin “CeRq” Dimitrov who led the way for EG on the attack. His 17-10 K-D and 111.3 ADR helped EG take a 9-6 lead from T side Nuke.

100T even won the second pistol for a combined five free rounds on the map, but once again EG was just too powerful with weapons. The North American squad won seven rounds in a row to close out the map 16-9, securing the sweep.

The following day, Cloud9 was looking to upset the top NA team with a Vertigo pick. That premise looked very weak out of the gate, as EG stormed ahead to a 12-3 lead from T side. The entire team had positive K-D’s at the end of the first half. To Cloud9’s credit, they had a decent go at attacking as well. After EG took an early 15-6 match point, C9 won seven rounds in a row. Unfortunately, they couldn’t quite close the gap as EG took the 16-13 win.

EG’s favorite Nuke was up next. The Geniuses were used to abusing defenses on this map and dominated C9 early. Once again, every player had positive K-D’s in the first half after an 11-4 start. In-game leader Peter “stanislaw” Jarguz had his best map of week one, earning a 21-10 K-D and 105.0 ADR. After a perfect CT half, EG completed their 2-0 start with a 16-4 result.

Liquid Not Far Behind

Also starting Pro League with a 2-0 record is Team Liquid. However, unlike EG’s flawless map record, Liquid dropped points in both of their matches. Their first game was against Chaos Esports Club, a team that has beaten them in the past. Those worries remained for Liquid throughout the first map as Chaos exploited them on Nuke. Liquid looked sloppy, allowing Chaos to win a 2v5 to take the 8-7 lead in the first half.

A strong CT side of their own allowed Chaos to take map one 16-10. Liquid now needed to win two in a row. Their own Overpass pick proves helpful in that regard. Jonathan “ELiGE” Jablonowski went off with a 31-16 K-D ratio and 110.2 ADR, carrying his team to a 16-10 victory of their own.

The tiebreaker map of Mirage was much more of a team effort out of Liquid. They started out on the T side and found countless entries and clutches. Every player went positive in the 11-4 start. In the end, ELiGE, Michael “Grim” Wince, and Jake “Stewie2K” Yip all dropped 20+ frags in the 16-10 win.

The final match of the week was Liquid vs 100 Thieves. The Thieves were looking for their first win of Pro League while Liquid were trying to match EG blow for blow. After map one, there was a clear difference in how each top NA team handled the Aussies.

Liquid’s response on Nuke was good in its own regard. An 8-7 advantage from T side led into a near perfect defense from Liquid. Even when the Thieves found an advantage, ELiGE was there to shut them down on multiple occasions.

With the 16-8 victory from Liquid, one more map would be needed. Inferno was the final battleground. Liquid’s CT side started off with a pistol win, but failed to capitalize and ceded a 6-3 lead. However, ELiGE and Russel “Twistzz” Van Dulken were there to help right the ship. Liquid won every remaining round in the half and ended with a standard 9-6 lead.

Now on the T side, Twistzz continued his rampage. His 20-9 K-D and 129.7 ADR was truly the difference maker, allowing Liquid to take an early 15-9 match point. The Thieves didn’t give up, running back round after round with key clutches from Aaron “AZR” Ward and jks. However, Liquid found one last burst in round 30 to narrowly avoid overtime and secure the 16-14 win.

With Team Liquid and Evil Geniuses starting out at 2-0, 100 Thieves and Cloud9 have fallen to 0-2. Both of these squads expect better, but they only have six matches remaining. Their schedules should get easier as they hope to slide into one of the four total playoff spots.

FURIA and Gen.G Esports have started out 1-0 with wins against Cloud9 and Triumph respectively. Each team has one of either Liquid or EG to contend with next week. Meanwhile, C9 and Triumph will be looking to one-up one another in next week’s matchup.