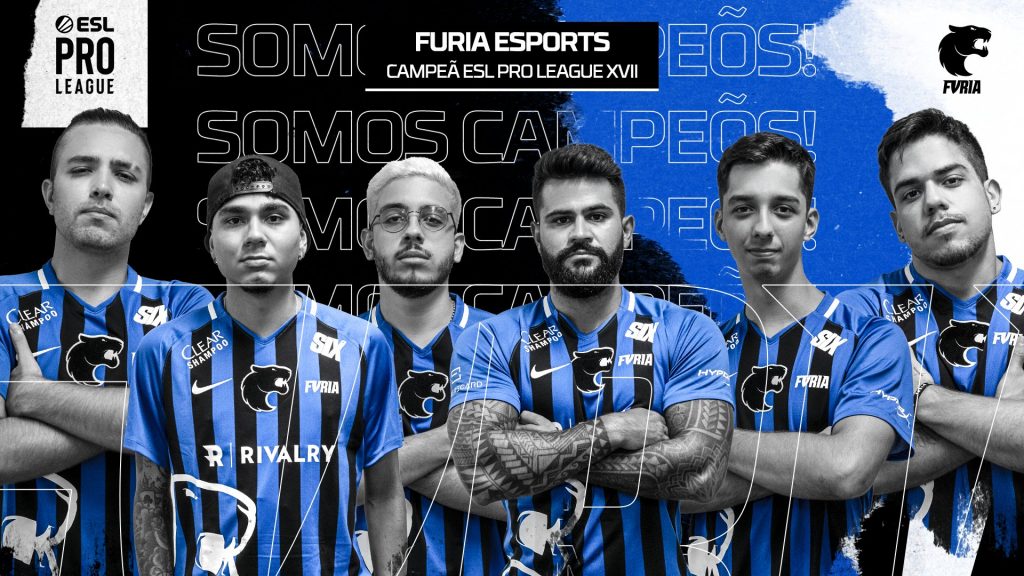 ESL Pro League Season 12’s North American playoffs have come to a close. In what was one of the most dominant showings in recent NA playoff history, FURIA have won the title with four total maps played and a +35 round differential.

They take down @100Thieves in the series 3-0! pic.twitter.com/IxiQvwJJPC

Coming into the playoffs, FURIA held a 5-2 record. Although Evil Geniuses took first place in the group stage at 6-1, FURIA handed them their only loss with a clean sweep in the last week of play. The two squads were set on a collision course in the upper bracket of playoffs with the winner earning a direct spot in the grand finals and a one map advantage. What should have been a close, heated matchup turned into anything but.

The series started on FURIA’s map pick of Inferno. The Brazilian squad got to work right away on the T side. After taking the pistol round, FURIA started railing off round after round. Every member was playing phenomenally as FURIA ticked into the double digits.

FURIA’s lead peaked at 12-0 before EG finally found their first round. A 13-2 half had all but solidified the result. FURIA were then easily able to close out the map on defense with Vinicius “VINI” Figueiredo finding an ace to finalize the 16-5.

Things hardly got better for EG on their Nuke pick. Although they did win the pistol round on the T side, subsequent points were few and far between. FURIA’s defense was nearly airtight as they stormed their way to an 11-4 lead at the half. Once again, FURIA were able to put the game on ice with little contention. A 16-7 result secured a grand finals berth for the Brazilians.

A Surge from 100 Thieves

With FURIA’s spot in the top two confirmed, the remaining three teams now had to fight for the right to face them. Of those teams, 100 Thieves was by far the least likely. The Australian squad has been struggling for months to find any decent results in the online era of Counter-Strike. For the first time in a while, it looked like they were here to play.

The first series of the lower bracket pitted the Thieves against Team Liquid. 100T’s initial Vertigo pick ended up backfiring after Liquid put together a 10 round T side, resulting in a 16-13 stolen map. Needing a reverse sweep to stay alive, 100T moved on to Mirage. The Thieves pulled together a decent half on the CT side and set a 9-6 pace. Liquid were doing their best to match their opponents in the second half. By round 27, the score was tied at 13 apiece with the North Americans on a three round win streak. With their Pro League lives on the line, 100T found the final three rounds of regulation to take the map 16-13.

It all came down to Inferno. Mirroring last map, 100 Thieves started off well on the defense. Another 9-6 half time lead once again put the pressure on Liquid to answer the Aussie attack. This time, they would sputter out earlier. After winning the second pistol, 100T increased the score to 12-6. Liquid only found three rounds before the Thieves took four in a row to silence the favorites with a 16-9.

Next up was Evil Geniuses. Both squads were hungry to lock in their spot in grand finals and it showed. Dust2 was the first map, selected by EG. This map has been a comfort spot for them in the past which was evident on their T side start. EG opened up to a 6-1 lead and was looking to continue their domination. Unfortunately for them, there was one man standing in their way.

Although the teams were very evenly matched across the series, the difference maker was Justin “jks” Savage. Jks dropped a 30 bomb on Dust2, eight of those frags coming on just two CT rounds. His contributions helped 100T make the score into a manageable 5-10 deficit at the half.

Once the sides swapped, the game looked completely different. All of the sudden, every 100T player was putting in work. The first 10 rounds of their T side campaign were all won, bringing the Thieves to match point. EG very nearly sent the map to overtime, but 100T found the final round of regulation to complete the 16-14.

Inferno played host to a nearly identical storyline. EG had a very good start on the T side before Sean “Gratisfaction” Kaiwai’s AWP helped 100T find five crucial rounds to end the half only down 5-10.

When the second half began, everything came up 100T once again. This time, they won nine of their first 10 offensive rounds. The Geniuses only made it to 13 before 100 Thieves closed out the 2-0 and booked their ticket to finals.

During the group stage, 100 Thieves was one of two teams to take a full match off of FURIA, sweeping them 2-0 even. Now, the result would be completely different. FURIA had a one map lead due to coming from the upper bracket, meaning they only needed two map wins to win the best-of-five.

First up was 100T’s Vertigo. FURIA not only read this move in advance, they also had a little something prepared to show the world. In round three, FURIA broke out a never before seen three man boost on the A ramp.

They continued to use the boost in future rounds, gaining tons of value which allowed their CT side to win nine of the final 10 rounds for a 10-5 lead.

FURIA lost the second half pistol round as well, but came right back with a force buy to steal the economy from 100T. The Brazilians were nearly flawless on their T side execution, winning six of the last seven rounds to take the 16-7 victory and go on championship point.

100 Thieves now had to content on Inferno. Much like in their lower bracket finals match against EG, the Aussies actually had a good CT side start. Their 9-6 lead gave hope that they could potentially find their way back into the series. FURIA had other plans.

The second half was absolutely brutal for the Thieves. They could hardly find any openings and bled round after round. No player broke six frags as their opposition sprinted towards the trophy. A dominant 10-1 CT half for FURIA capped off the 16-10 result and the 3-0 grand finals sweep.

FURIA are once again back on top of the North American region. With this result, they have earned their third trophy of the online era and have broken Evil Geniuses’ three event win streak. At the same time, 100 Thieves have put the rest of the region on notice. There are more than just three teams at the top competing for trophies. All four squads present in the ESL Pro League playoffs will have their next shot at glory very soon as IEM New York begins on October 6th.