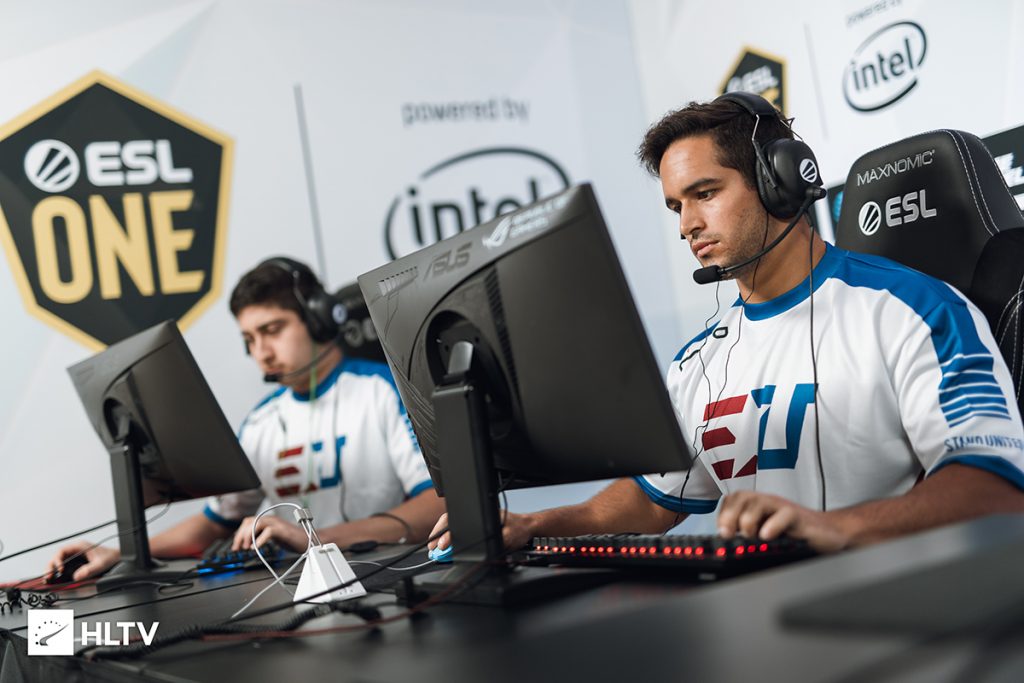 After the convoluted and still-unraveling situation that took place between Heroic, FunPlus Phoenix and Astrais, FPX was left looking for a new lineup to play in Flashpoint. Though, relatively short on time to do so, FPX have brought in the Swole Patrol lineup to play under their banner for the remainder of the season.

Did we just hear that right?

You heard it here first! FPX just gained some MUSCLE 💪😱

The North American stack will replace the Danish roster that FPX originally purchased from Heroic. FPX played just one game with that lineup of players before they had to surrender the rest of their games for Flashpoint 1, as Astralis signed atrick “es3tag” Hansen. However, es3tag will not play with Astralis until July 1, when his current contract runs out.

Instead of finding a replacement player to fill into their lineup, FPX decided to bring in a completely new roster.

The stack of Austin “Cooper-” Abadir, Edgar “MarKE” Maldonado, Victor “food” Wong, Ryan “freakazoid” Abadir and Jordan “Zellsis” Montemurro have been playing under the Swole Patrol banner since they were released by eUnited in March. Since their release, the team has competed at both the ESEA MDL Season 33 and the ESL Pro League.

In fact, when Christopher “MonteCristo” Mykles informed the audience watching the Flashpoint 2 group selection show that Swole Patrol would become FunPlus Phoenix, the North Americans were in the process of competing against 100 Thieves in the Pro League.

The new FunPlus Phoenix roster will be playing behind the 8-ball when they jump into Flashpoint, as the organization finished tied for last in the first round of group play of the event. They also got drawn into Group B, which will pit them against MAD Lions and Chaos.

Counter-Strike: Global Offensive
Share
Justin Hartling
Justin has been writing professionally for his entire career with a background in journalism and broadcasting. After writing about what other people wanted for years, Justin came up with the idea for Hotspawn – allowing him to combine his love of writing and of esports.
Follow me