FugLy Benched by Envy – Claims He Was Lied To 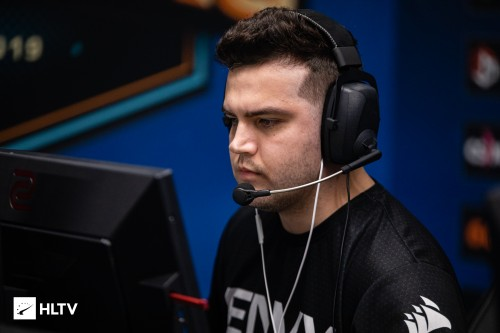 FugLy benched by Envy. The team is now down to two players. (Photo courtesy HLTV.org)

He will remain on the roster as a restricted free agent, with “additional roster change information” on its way, according to Envy.

FugLy initially transferred to Envy in March 2019 after a period of strong performances with NRG. Upon joining, he found himself teaming with fellow North Americans Sam “s0m” Oh and Bradley “ANDROID” Fodor, the latter of which was benched on January 1st. In the nine months he played under the Envy banner, the group failed to achieve any worthwhile results.

Following Envy’s announcement, FugLy took to Twitter to describe a hairy process in which he claims he was “ignored and kept in the dark for all of the off-season” leading into his benching. In September 2019, FugLy was made aware that Envy was making a move to locate its teams and players to its headquarters in Dallas, Texas. FugLy, who claims to have already been paying a mortgage in Arizona, was hesitant to move. In early December he was met with the ultimatum that he must relocate to Dallas or he is removed from the organization.

“I [got] another call about moving and now it’s official. I either move to Dallas or I [will] be kicked off the team,” he explains. Fugly undertakes the responsibility to move under the contingency that he will receive a stipend for relocating, which he claims Envy agreed to.

On January 13th FugLy claims to have noticed a DBLTAP report insisting the organization was in talks with Buğra “Calyx” Arkın and Nikola “LEGIJA” Ninić as potential new signings.

“That’s when I messaged Envy again and asked for a real update this time,” he said. That is when I got the call saying that I have been moved to the bench.”

FugLy goes on to say that teammate Ryan “ryannn” Welsh was uninformed of his removal from the team.