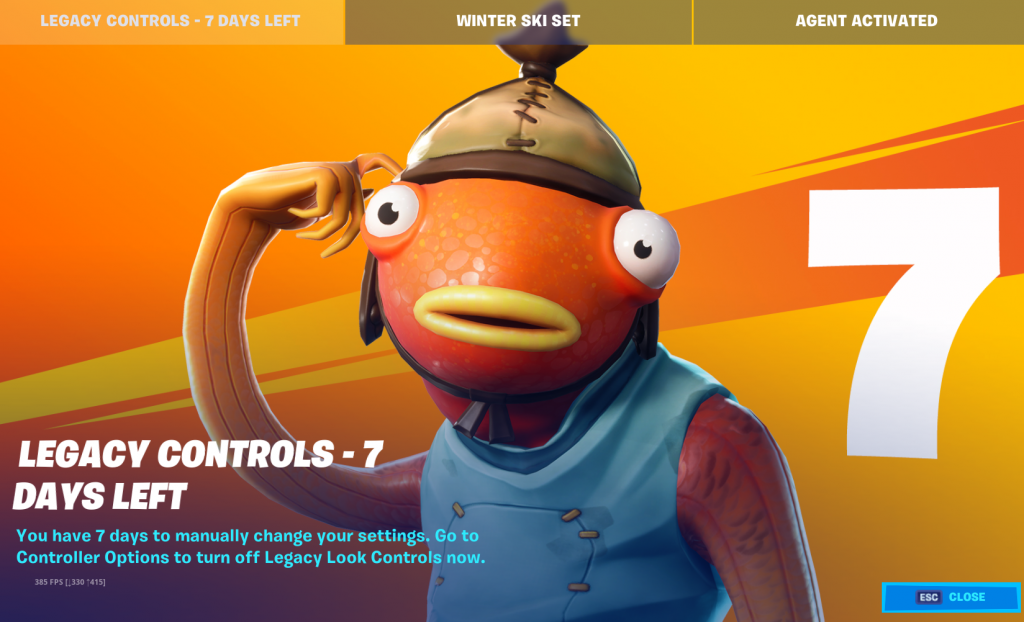 Epic Games has announced that on March 13th it will be removing the legacy aim assist from Fortnite entirely. The setting was only available to controller players, but gave them what some believe to be an unfair advantage. This especially after it was discovered it unintentionally allowed players to track enemies through walls, bushes and tall grass.

The “Use Legacy Look Controls” setting automatically assisted players snap on to targets when using the L2 weapon zoom to aim down sight. Although not intended to be the equivalent of an aimbot, it became apparent the setting could be abused by spamming L2 to track enemy players, even through obstructed vision. NRG’s Dominick “Unknown” Green, considered one of the world’s most prolific controller players, showcased the power of Legacy on stream.

Controller aim assist has been the topic of much debate recently in the Fortnite community, especially after high profile keyboard and mouse players such as TSM’s Myth and Fortnite World Cup champion Bugha made the switch to controller on PC. While Bugha ended up gaining traction for accusing the aim-assist on controller of being “actually hacking”, Myth was far more positive, despite stoking the fire by joking that it was “much easier to aim with your thumbs”.

“Becoming a top TIER Fortnite player on controller is way more difficult if u haven’t played on controller vs’s learning keyboard and mouse and becoming a top tier player,” said Myth on Twitter after spending a month playing on controller. “We are just starting to see a true rise of controller comp players. Not just one offs.”

As Fortnite allows for cross-platform competition, Epic Games has been keen that controller players stay relevant, especially given the immense player base outside of PC. The aim assist options were clearly intended to help level the playing field for controller players when competing against the higher accuracy of mouse & keyboard, but it is a recurring balancing act for Epic Games.

Legacy was one of three “look input curve” settings for controller players, the other two being Linear and Exponential, both of which will remain in the game. Epic Games stated in their post that former Legacy players will have until March 13th to use the “Copy from Legacy” option to maintain their legacy sensitivities.

The removal of Legacy will not mean the end of aim assist in the game, but it will be a blow to Legacy controller players, some of which believe Epic Games should have tried to fix the bug instead of simply removing the setting completely.

Fortnite
Share
Lawrence Phillips
Lawrence is an esports dinosaur that started back in 2004 and has been a full-time freelancer ever since. He has worked for the likes of SK Gaming, PGL, ESL, Razer, Monster Energy, GINXTV, Dexerto and Starladder as an editor, scriptwriter and content creator. He currently spends his days trying to own in Apex Legends and Fortnite, in a bid to make up for his lack of skills in his main game, Dota 2.
Follow me