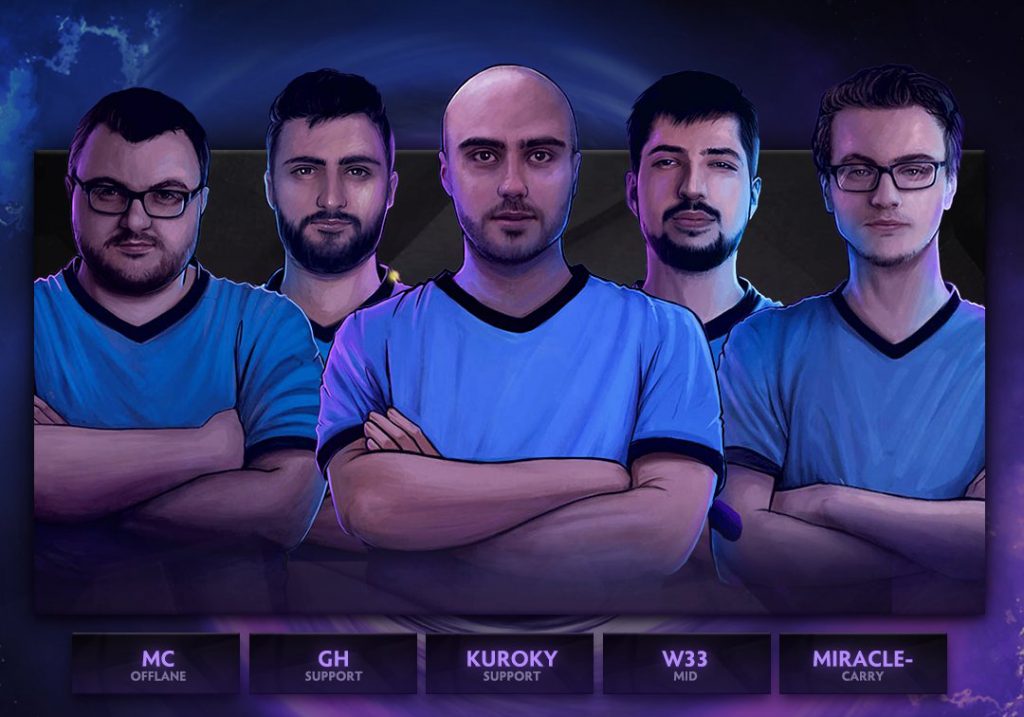 After a noted absence from the first Major of the Dota Pro Circuit season, the former Team Liquid roster has finally returned, revealing their new organization, Nigma. The announcement came on Monday afternoon, when a Twitter account under the handle @nigmagg, created in September, tweeted its first post.

The end of one journey is the beginning of another… this is Nigma #NigmaFam #ANewAdventure pic.twitter.com/7qnHG4mA4G

The stack of Aliwi “w33” Omar, Amer “Miracle-” Al-Barkawi, Ivan Borislavov “MinD_ContRoL” Ivanov, Maroun “GH” Merhej, and captain Kuro “KuroKy” Salehi Takhasomi had been teamless since September when the team first announced their departure from TL and the formation of their own organization. During this time, the team abstained from attempting to qualify for the MLD Chengdu Major, only now revealing their new name and plans.

The full lineup of Nigma, or Nigma Esports, was also confirmed by Dota 2 spokesperson Wykrhm Reddy on his official Twitter account, with an accompanying graphic.

This reveal marks the first we’ve heard from this squad since their second-place finish at The International 2019. There, the stack fell just shy of defeating fellow European team, and eventual two time TI winners, OG. Just three weeks after TI9, the squad announced its split from Team Liquid.

This departure marked the definitive end to one of the most successful single team runs in Dota 2 history – wherein the team had scored first, fourth, and second place at TI7, TI8, and TI9 respectively. The four-man stack of Miracle-, GH, MinD_ContRoL, and KuroKy had at that point been under together under the TL banner for over two years, with the latter pair having been teammates for over four straight seasons.

With the announcement of their new organization, the stack now has a chance to prove they can go it alone, and will no doubt be looking to replicate their previous success. For the full details of the new team, and any updates, keep your eyes peeled on Nigma Esport’s Twitter account. The organization mirrored its recent announcement on their official Facebook and Instagram accounts.