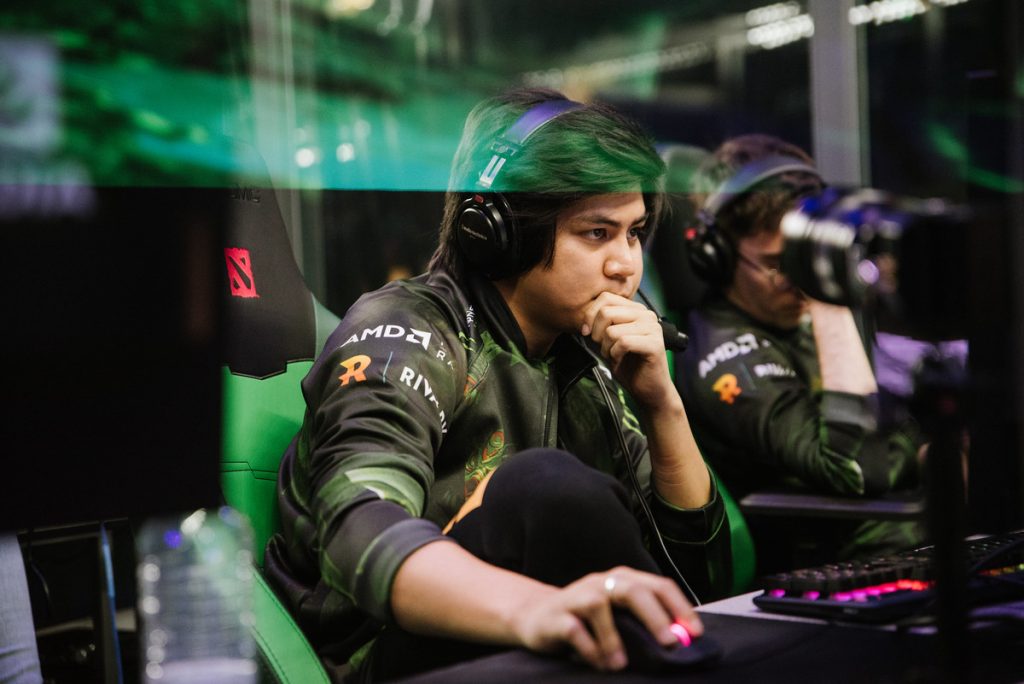 Fnatic claimed their second straight ESL One SEA title, proving yet again that they are the best in the region. (Photo courtesy Valve)

Long live the kings of the Southeast Asian Dota 2 scene. Fnatic, who went into ESL One Birmingham online as the defending ESL One Los Angeles champions, successfully thwarted their would-be rivals in order to keep their title as the region’s best team.

Although they did not come out of the group stage as the top seed in the playoff bracket, Fnatic nonetheless showed everyone that they are still the undisputed rulers of the SEA server. Taking full advantage of the upper bracket berth that they had earned via the group stage, they immediately placed themselves in the grand finals by defeating BOOM Esports two games to none in the first round.

The first game of the match belonged entirely to Fnatic, due in no small part to the efforts of Djardel Jicko “Dj” Mampusti on Clockwerk. Recognizing that he and his teammates were on a timer due to the Spectre on the other side, he leveraged his hero’s strength in the early to mid game in order to take the initiative right off the bat. The strategy worked wonders, as Randy Muhammad “Dreamocel” Sapoetra was never able to get going on Spectre.

The second game was Anucha “Jabz” Jirawong’s time to shine, taking up the support Weaver as he did in the first map. He put immense pressure on BOOM with a super early Medallion of Courage timing, and constantly rescued his teammates with the Aghanim’s Scepter-enhanced Time Lapse to keep them in fighting shape. Fnatic were therefore able to close the game out in 26 and a half minutes with his help, punching their ticket to the grand finals in the process.

The deciding fight for @boomesportsid featuring Mikoto's triple kill on the Queen of Pain! A perfect series for Boom Esports! #ESLOne pic.twitter.com/5NZ52WGYON

BOOM earned their rematch against Fnatic in the grand finals, but had to take a detour getting there as a result of their loss in the upper bracket. They demolished Geek Fam in a quick 2-0 routing, with the second game in the series ending in just under 23 minutes. Both Rafli Fathur “Mikoto” Rahman and Dreamocel popped off in Game 2 as Queen of Pain and Weaver respectively, scoring 18 of BOOM’s 26 kills just between themselves.

Sadly, there was not much that BOOM Esports could do to get past Fnatic in the final round.  Daryl “iceiceice” Koh was feeling himself in the first game, baiting BOOM with a 300 IQ play that only iceiceice himself could have pulled off. This later won the fan vote for the best play of the tournament, which we think was quite well-deserved.

Although they punished Fnatic for their late game draft in Game 2 with a well-executed Lycan-based strategy, the rest of the match was all about the defending champions. Fnatic were firing on all cylinders, giving BOOM no quarter or room to make comebacks in the last two maps. Keeping the pedal to the metal was the name of the game for them, which allowed them to close out the series before it even reached five games.

Once again, Fnatic will retain the crown and the throne in Southeast Asia — and none of them look like they’ve missed a beat since winning at Los Angeles. For their troubles, they win $15,000 in prize money and strengthen their momentum going into the next online event. Given that the current global situation dictates that online events are indeed the norm, their rivals in the SEA region will have to adapt accordingly — or risk losing to Fnatic over and over until LANs make their return.