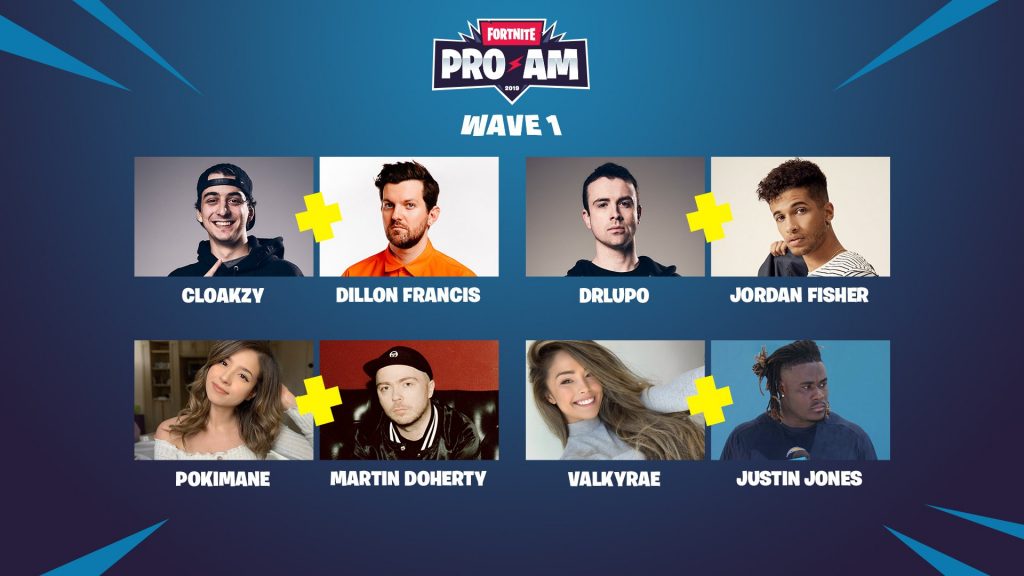 The first wave of duo partners has been announced for Fortnite's Summer Block Party. (Image courtesy of Epic Games)

Epic Games announced today there will be a Celebrity Pro-Am tournament as a part of Fortnite’s upcoming Summer Block Party. The first wave of duo partners that will be attending the event has been released.

The Summer Block Party is a two-day event hosted by Epic Games. It begins on June 15 with a brand-new Creative tournament, where eight teams of four will be battling against each other on a player-made map created for this event. That tournament will feature both celebrities and streamers. The Summer Block Party will conclude on June 16, with the Celebrity Pro-Am tournament.

According to an official announcement, the current duos are:

This tournament is the second of its kind. It was a huge hit last year. According to EsportsCharts, the 2018 Celebrity Pro-Am live stream reached an overall peak of 2,175,331 views.

In 2018, there were fifty duo teams, culminating in a one-hundred player game. The prize pool of last year’s tournament was $3,000,000 USD. Similar to last year, the winner of the tournament will win money for their desired charity.

Epic Games has announced the second set of duos which you can find right here.