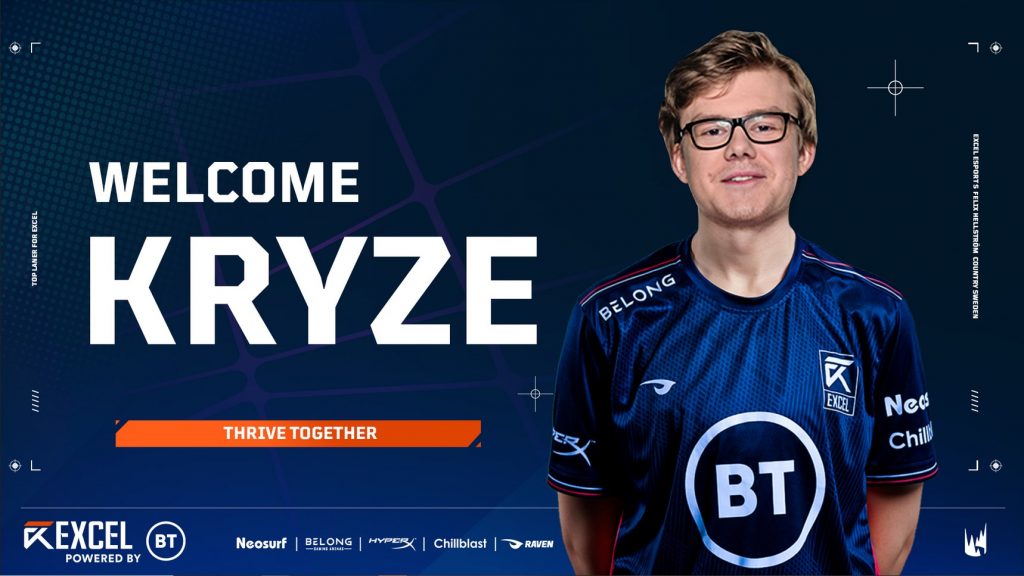 Excel Esports have announced the signing of Felix “Kryze” Hellström to their League of Legends roster. Kryze will be the top lane starter for this upcoming LEC Summer 2020 Split.

He may be new to the #LEC but don't let that fool you, he is here to dominate the top lane.

This announcement comes three weeks after Excel parted ways with their previous top laner, Ki “Expect” Dae-han after he played the entire Spring Split. Excel ended with a 7-11 record, missing out on playoffs with a 7th place finish.

Kryze will be coming in from the Unicorns of Love Sexy Edition roster that plays in Europe’s Prime League. Kryze was a standout performer and an important member of the squad, helping them to a 12-6 record. Unfortunately, the Unicorns finished playoffs in fourth place, barely missing a spot at EU Masters.

Joining Kryze on the main Excel roster will be Dutch mid laner Joran “Special” Scheffer. Special played on Excel’s academy team, BT Excel, and went undefeated in the regular season of the UK League Championship. His impressive performance convinced Excel to move him up to the main roster for the upcoming Split. However, BT Excel top laner Rosendo “Send0o” Fuentes did not receive the same promotion.

Excel must have seen something promising in Kryze to reach out for him instead of promoting their academy top laner. While Expect’s previous Split wasn’t very outstanding, he will still need to bring his best in his LEC debut. Replacing a veteran is never easy, especially when your spot is under contention. Hopefully Kryze is able to shine on stage and help lead Excel to a playoff berth.