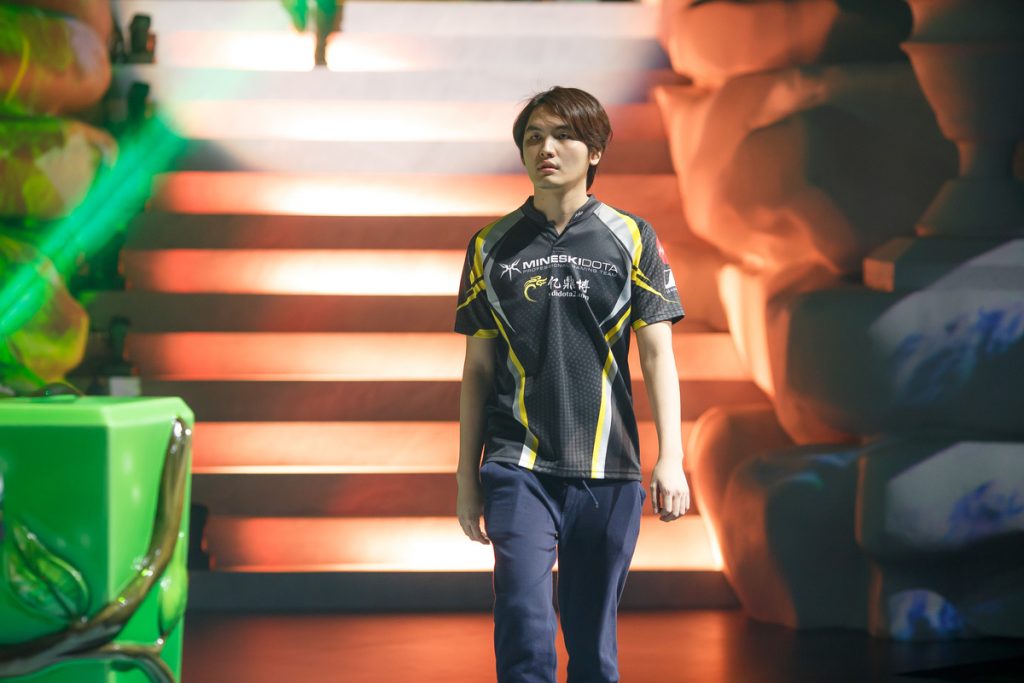 This is iceiceice's first time playing for a western squad since 2011, having played purely for Asian teams since then. (Photo courtesy EPICENTER)

The lively and colorful Daryl “iceiceice” Koh Pei Xiang is now an evil genius. North American fan favorite organization Evil Geniuses announced on Saturday that they have indeed signed the Singaporean legend to a contract, where he is to play the offlane position in replacement of Roman “RAMZES” Kushnarev.

This marks the first time that iceiceice will be playing Dota 2 for a western team since 2011, when he was a member of Danish squad Meet Your Makers. Since then, he has played exclusively for teams based in China or Southeast Asia, with his most notable stints being those with Team DK in 2014 and Fnatic from 2018 to 2020.

He enjoyed a particularly fruitful stay with Fnatic, placing third at DreamLeague Season 11 and fourth at ESL One Katowice in 2019, and winning five straight online tournaments with them in 2020. Fnatic congratulated him on Twitter for his new contract with EG, which he acknowledged in a reply thanking them for the two years.

As mentioned above, he will be taking the offlane position after EG elected to put RAMZES on the sidelines for the foreseeable future. The Russian player is still officially part of the team, however, so it’s entirely possible for him and iceiceice to substitute for each other when the situation calls for it. RAMZES though has been playing for Just Error as of late — a stack comprised of a few of his former teammates in Virtus.pro as well as Syed “SumaiL” Hassan.

Given that EG have not played an official match since the OMEGA League Europe Immortal division in September, this makes it pretty clear that they plan on gearing up for events in the near future. Considering that iceiceice is one of the best and most creative offlaners of all time, it will no doubt be interesting to see what he can add to the already dynamic EG roster.