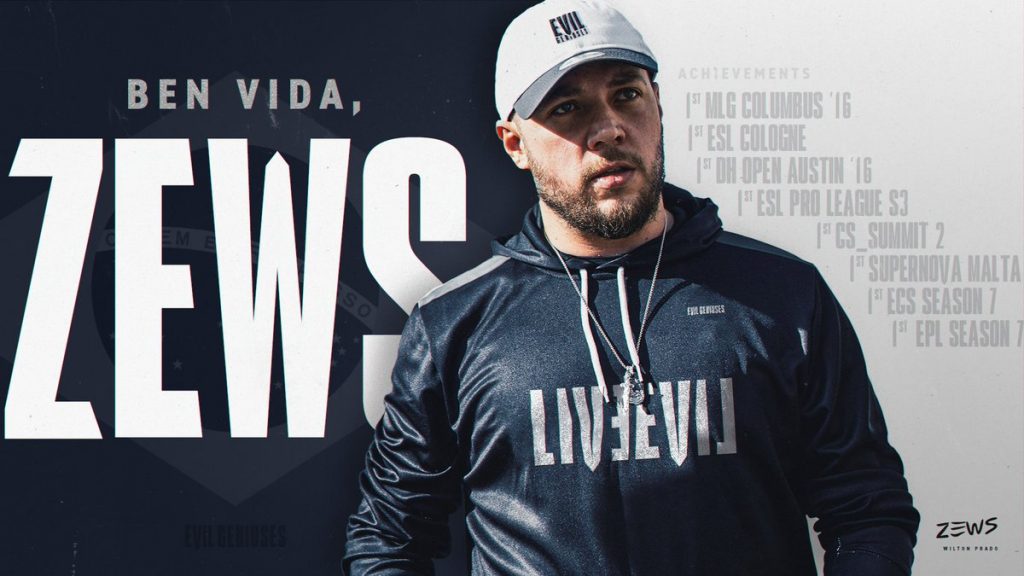 zews will once again work alongside stanislaw, whom he coached during his initial year at Team Liquid (Image via Evil Geniuses)

Please join us in welcoming @Zews to the Evil Geniuses family! With a long and illustrious history as both a pro player and a coach, Zews has his sights set on the #1 spot in the ESL Pro League and beyond. #LIVEEVIL pic.twitter.com/9TVLUtsOwO

The announcement confirms rumors that the 32-year old would be making the switch to EG after stepping down from MIBR on March 26. Zews will fill the void left by Chet “ImAPet” Singh, who was relieved of his position at the organization after an alleged conflict with two of the team’s members, Peter “stanislaw” Jarguz and Tarik “tarik” Celik.

ImAPet had coached this unit since May 2018, when the group still played under the NRG banner. During this time, ImAPet help led his team to two Major Championships, including a top-four finish at the StarLadder Major, and a #1 world ranking.

Zws had also left similar accolades behind. The Brazillian coach had reunited with his former teammates in December 2018 in a transfer which saw him and Epitacio “TACO” de Melo head to MIBR in exchange for Jake “Stewie2K” Yip. Zews’ history with the MIBR core run deeps; spanning over four years and inclusive of two Major championship victories across two organizations: MLG Major Championship: Columbus 2016 and ESL One: Cologne 2016.

Notably, zews will once again work alongside stanislaw, whom he coached during his initial year at Team Liquid. The Evil Geniuses in-game leader had taken to Twitter after the announcement to express his excitement, saying: “Pumped to work with [zews] again! Back in Liquid I was a completely different person and I’ve tried my best everyday to make amends for all of my mistakes. I’m fully behind Wilton’s philosophies and can’t wait to grind our way back to the top.”

Evil Geniuses will face FURIA on Saturday in the ESL Pro League lower-bracket finals with: