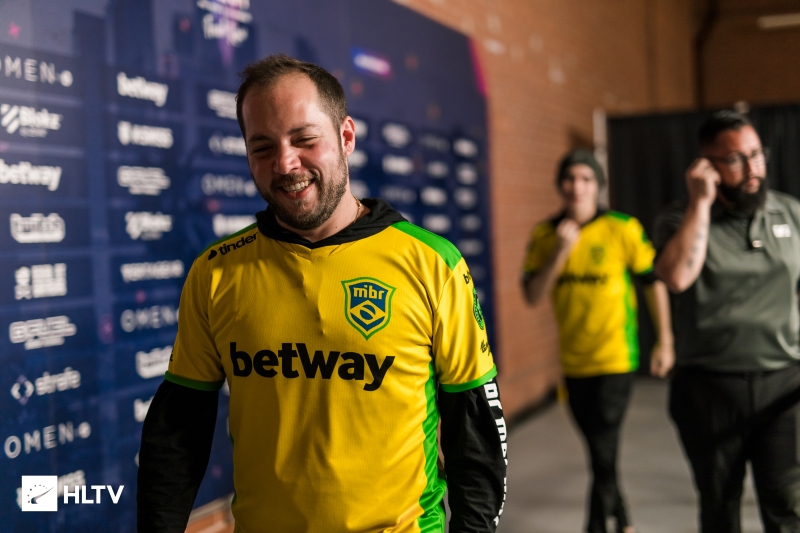 Zews has left MiBR as a coach. The team Manager will take over duties. (Photo courtesy HLTV)

MiBR coach Wilton “zews” Prado has announced his departure from the Brazilian roster with immediate effect.

MiBR took to Twitter with its news, saying goodbye, and thanking zews for his time and contributions to the team. The departure of zews ends a 15-month tenure with MIBR as its coach. The 32-year old had been transferred to MIBR from Liquid in December 2018 in an exchange that saw himself and Epitacio “TACO” de Melo reunite with their former Brazilian teammates.

Today we say goodbye to our brother @zews , from coach to player, thank you for everything you did for the team!#SomosMIBR

Albeit an exciting move seeing zews return to Brazil with the core that won two Major championships under the SK Gaming banner – he and his players were unable to mirror their previous success. Across 22 offline events, MIBR failed to title finish in any of them; the team’s highest achievement during this spell was a 3-4th place finish at Intel Extreme Masters Katowice 2019.

In a statement on Twitter, zews said he was “eternally grateful” for his experiences on MIBR, and gave his blessings to his former teammates. Additionally, he describes internal issues, taking his share of the blame, that hindered the ability of the team to grow and reach its previous championship status.

“I’d like to say that I believe MIBR’s problems are closer to getting solved, but unfortunately I don’t know if I believe that to be the case,” zews said. “The problems I found here are heavier, more complex and more deeply embedded than they seem to be, and in my opinion the solutions tend to be more complex as well – requiring a bigger change to the roster and/or to its culture. I do not wish to give excuses or to create problems, I take my blame, but at the same time, I have to analyse the situation to be able to learn from it and to continue to evolve as a professional.

“As for my future, nothing is settled. My wish is to continue competing and dedicating myself to this esport that I love. Due to the global crisis and COVID-19 I will stay in the US analysing my options.”

Gabriel “FalleN” Toledo, MiBR’s in-game leader, spoke to zews’ departure, saying: “Thanks for all the effort, I wish you luck and find a new team to continue training,” FalleN said. “We have a lot to solve internally within the team, I included, little by little I hope that our dedication will be effective and start bringing new results”

Shortly after zews declared his retirement, FalleN revealed on stream that MiBR team manager Ricardo “dead” Sinigaglia would fulfill his role as the team’s coach. He added MiBR is not currently pursuing options for a new coach at this time.

With the exit of zews, MIBR are now: