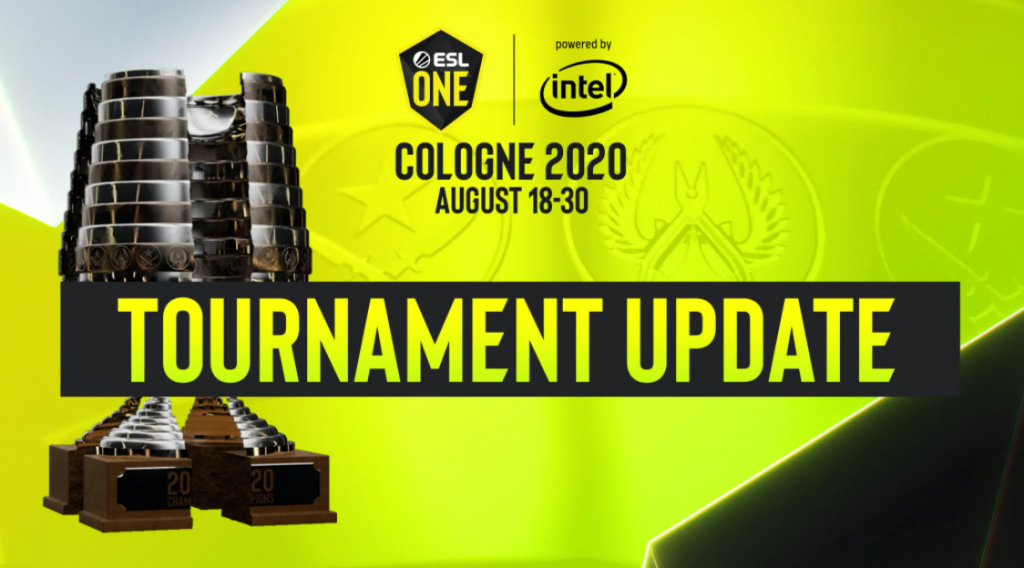 MIBR made special arrangements with ESL, allowing them to compete in Europe rather than having to deal with traveling to North America. (Photo courtesy ESL)

The ESL announced the final line ups of each regional team division for the upcoming CS:GO ESL One Cologne 2020 Online Tournament, set to take place on August 18th-30th. ESL announced earlier this month that the tournament is transitioning to an online format, in response to the ongoing concerns surrounding the COVID-19 pandemic. As a result, there will not be a single international winner for the ESL One tournament, instead there will be four regional champions in Europe, North America, Asia, and Oceania.

Ladies and Gentlemen, here they are!
Confirming all teams in all divisions for #ESLOne Cologne 2020 🏆 👀https://t.co/GSSnKBKcV4 pic.twitter.com/vTEEuq3Lh3

“[MiBR] were originally planned to compete within the offline qualifier, our ‘Play-in’ stage, in the original format of our Masters Championship,” explained ESL in their press release. “With this information, MIBR made arrangements to be in Europe during the time of the planned tournament, allowing [Fernando “fer“ Alvarenga] and [Vito “kNgV-” Giuseppe] to travel back to Brazil during the tournament break to then enter Europe. kNgV- especially wanted to travel to Brazil for the birth of his daughter. With the adjustment to an online format and understanding that travelling back into the US is extremely difficult during these times, we’ve worked closely with MIBR to grant their request to continue with their original planning and have assigned them to the European Division as one of the originally invited top 24 teams.”

With the addition of MiBR, the European region will include the following teams:

The North American division is set to compete for a $135,000 prize pool from August 18th-29th. The NA division added Triumph and Chaos Esports Club on Thursday, bringing the total number of competing teams in NA to eight. The NA division will include:

Both the Asian and the Oceanic regions will compete from August 25th-30th, with both regions featuring a $20,000 prize pool.

The sparse Asian division saw the addition of three new teams on Thursday, bringing the total number of teams competing in the Asian division to four.  CiVi Gaming, Invictus Gaming, and Beyond Esports will join Tyloo, who was the only team in Asia to qualify for ESL Cologne 2020 outright through their ESL World Ranking.

Oceania will host four teams as well. The ESL announced that Renegades, who qualified via ESL World Rankings earlier this month, will be joined by ORDER, AVANT, and Chiefs.