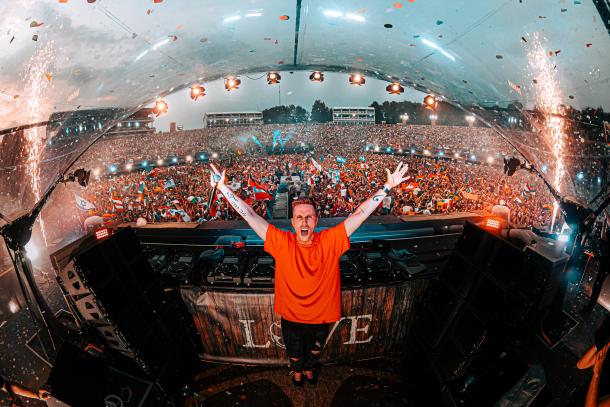 London Call of Duty fans are in for a weekend of top-notch action and entertainment when the London Royal Ravens, host its first home series February 8th. Included in the weekend of competition against teams like Dallas Empire, Chicago Huntsmen and New York Subliners, will be internationally acclaimed DJ Nicky Romero headlining the weekend events.

Romero is renowned DJ that found mainstream prominence with songs such as “Toulouse” and “I Could Be the One”. He also has some well-respected credits to his name such as co-producing hits like Rihanna’s “Right Now” and “It Should Be Easy” from Britney Spears.

Alongside his impressive music credentials, Romero is an investor with ReKTGlobal – the organization behind the London Royal Ravens.  ReKT is also the parent organization of well-known esports organization, Rogue. Fellow celebrity investors in ReKT include Steve Aoki, streamer DrLupo, and NBA player Rudy Gobert.

ReKTGlobal is a hub for celebrity and mainstream investment such with fellow DJ Steve Aoki, streamer DrLupo, NBA player Rudy Gobert and others.

“For years, I’ve used gaming to unwind after long nights in the studio and as a way to stay connected withfriends when I’m on the road performing.” said Romero. “I am honored to be a part of the Royal Ravens first Home Series event and look forward to a weekend filled with all things Call of Duty.”

The home series schedule will include a concert by Romero on Saturday, a featured spot on the analyst desk Sunday and competing in celebrity 2v2 Hybe Battles throughout the weekend.

The Call of Duty League officially kicks off January 24th in Minneapolis, Minnesota hosted by the Minnesota Rokkr.

You can purchase tickets for the London home series weekend here.