Dark Horses of the LEC Playoffs 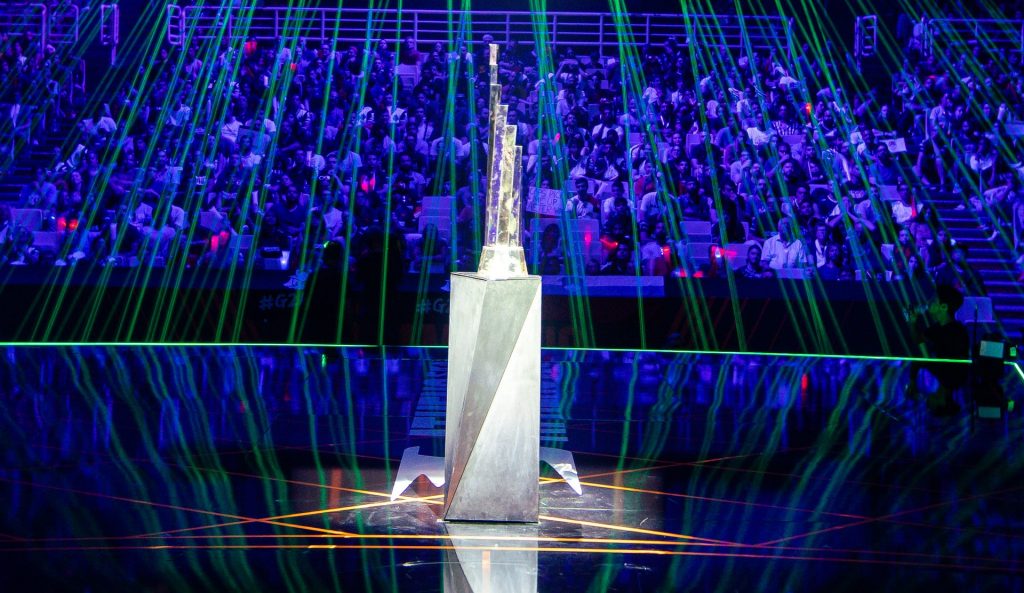 Who will stay in the race for the LEC trophy this weekend? (Photo courtesy Riot Games)

The LEC is heading into the Summer Split Playoffs this weekend. After eight weeks of what can only be described as competitive mayhem, six teams are left standing in the fight for the Summer Split Championship title as well as one of the four coveted tickets to the World Championship. Over the course of the regular Split, each team has seen stars rise. Name any of the qualified teams, and every fan will have a name jump to their mind as a standout player.

But teams are more than just one player, of course. While for some teams it’s difficult to pin down an unsung hero, we did exactly that. These players haven’t been part of the conversation as much as they should have as potential backbones for their team during the Playoffs. Players that, when it matters, the team can rely on to stay in the running for the proverbial marbles. One per team, these are the dark horses to look out for during the LEC Summer Split Playoffs. 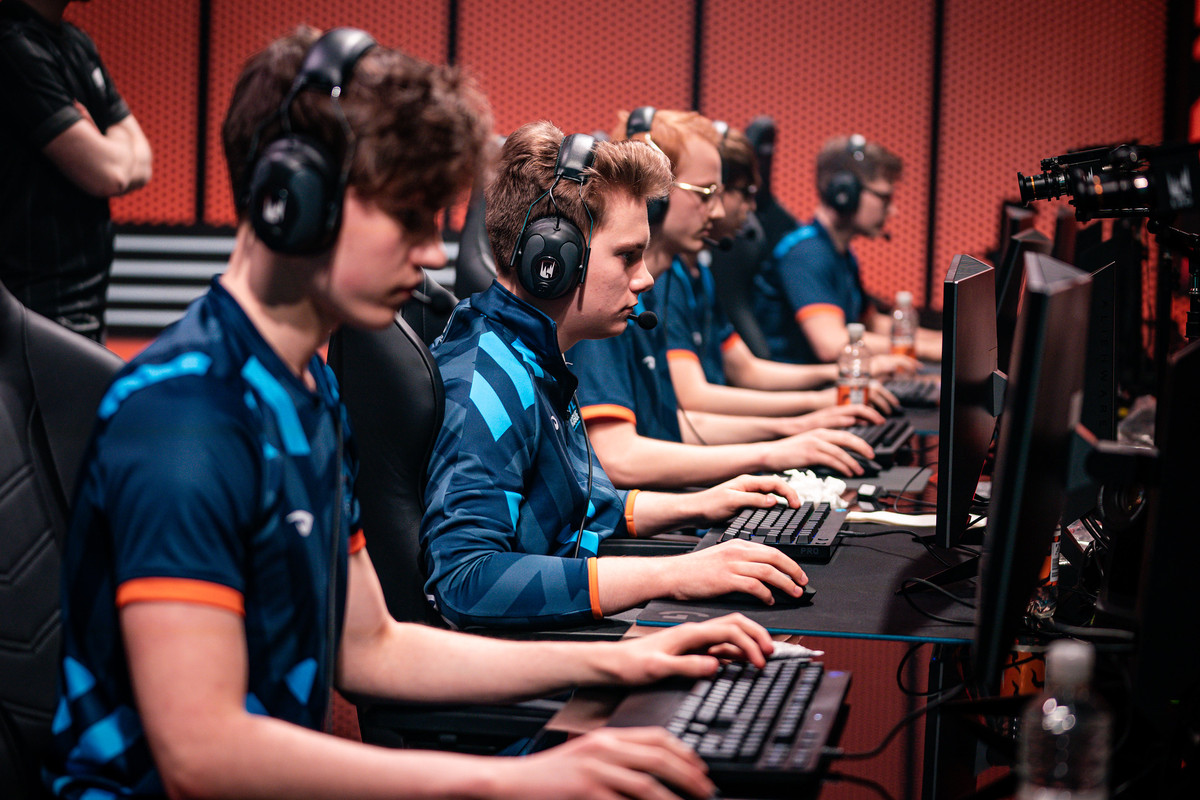 It’s perhaps strange to list someone as a dark horse when that someone was voted as second on the LEC Summer Split All-Pro team in the jungler role. Still, with the explosive last weeks in the regular Summer Split from Schalke 04 Jungler Gilius and the incredible consistency from MAD Lions’ Shadow, it feels like Inspired has fallen out of the conversation a bit when it comes to the great junglers in the LEC. The easiest styles to distinguish when it comes to being a jungler are the aggressive playmaker and a quieter, supporting role. In the Summer Split, Inspired has shown that he can comfortably play both in the early weeks of the competition, he would often be the one getting the first blood of the game. For a while he actually sat atop the scoreboard of the entire LEC when it comes to First Blood Percentage. However, as Rogue shifted more towards giving resources to their star mid laner Larssen, Inspired started to make more sacrifices.

As echoed in appreciation by Larssen on the official LEC broadcast, Inspired often hands over his jungle camps to his mid laner to get him ahead of the opponent and snowball the game. And yet, Inspired himself almost never packed less of a punch during the games. A few missed Smites on objectives may have cast a bit of a shadow of memes over him, but ignoring those, Inspired has played phenomenally. In the Summer Split Playoffs, it’s very likely that Rogue’s opponents will do everything in their power to shut down Larssen in the mid lane. The perfect opportunity for Inspired to rise to the occasion and remind everyone what Polish junglers are made of. 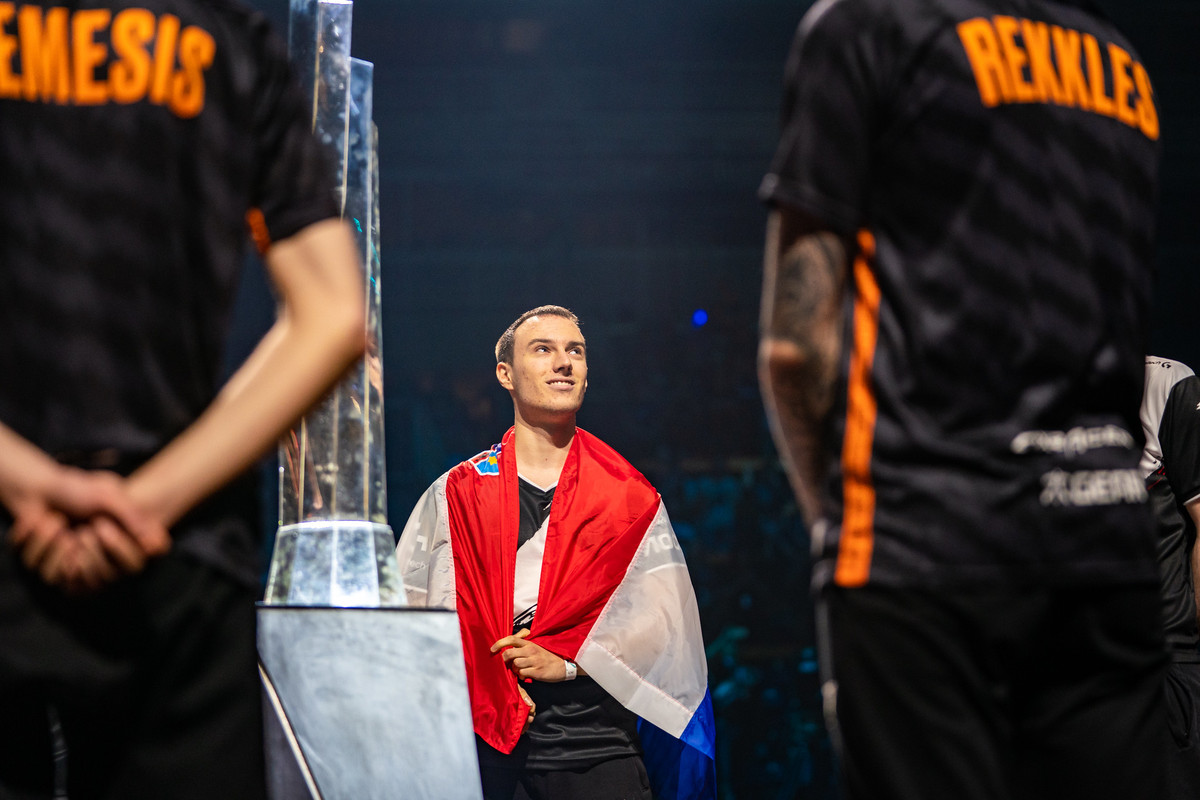 Chances are Perkz faces against his old rivals of Fnatic once more this Playoffs. (Photo courtesy Riot Games.)

A multiple-times European Champion, World Championship finalist, and one of the best League of Legends players the West has ever produced. He was one of the best mid laners before swapping to being a bot laner in 2019. When in 2020 he returned to the mid lane again during the LEC Spring Split, he immediately rose to the first place in that role again. However, the Summer Split was a different beast entirely. Overshadowed by the passing of his father, Perkz had one of his worst Splits ever. It is entirely understandable, and most would not even want to compete. This Summer Split is a testament to the incredible determination of the Croatian.

But while the majority of the regular season Perkz was in the passenger seat of his team, there are a few moments where his brilliance shone brightly. Most memorably, against arch nemesis Fnatic in week three of the regular Summer Split, Perkz went on an absolute tear with Kalista. When it matters, and when the games carry significant weight, the beast within Perkz awakens. Caps may have hard-carried G2 for the majority of the Split, but if G2’s opponents have all their eyes on him they might get a rude awakening from Perkz striking from the back. 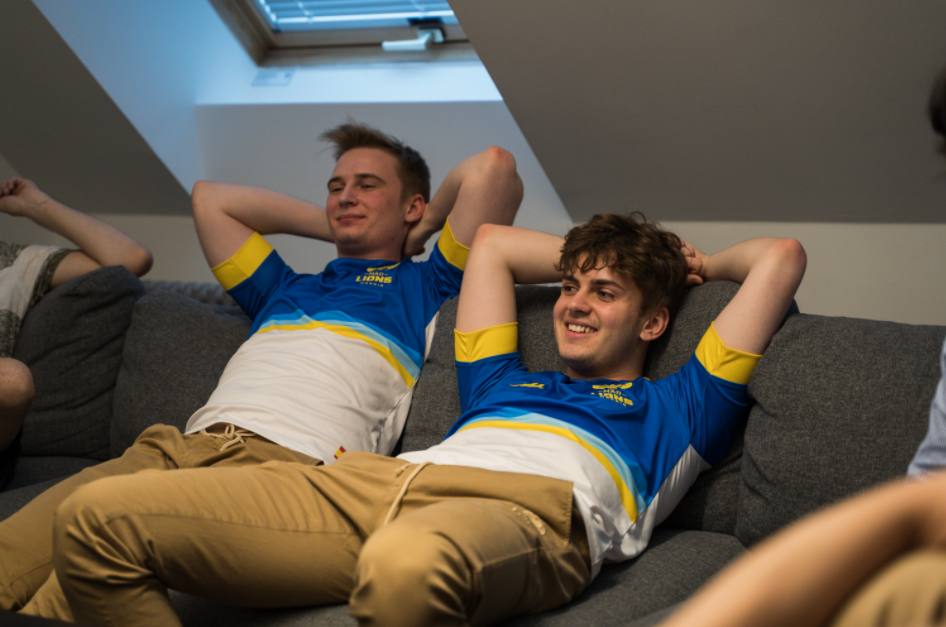 The Czech duo of Carzzy (right) and Humanoid (left) have given us many hilarious post-match celebrations. (Photo courtesy MAD Lions)

Carzzy was the only member of MAD Lions to not make it to the first, second, or third All-Pro Team in the Summer Split, getting trumped by Fnatic’s Rekkles by a measly two points. And yes, the attention in MAD Lions’ bot lane has mostly gone to phenomenal support player Kaiser in this Split. Though Carzzy has not been in the conversation for a while, it’d be incredibly unwise to ignore him. Time and time again when Kaiser set up the kill, Carrzy was there to expertly send the unlucky opponent back to the fountain.

In general, the quality of bot laners this Split has been incredibly close. Every single bot laner in the Summer Split Playoffs has had moments of greatness as well as… games to be less proud of. But Carzzy’s greatest strength is his variety. While his games on Kalista, where he dances circles around his perishing enemies, are a treat, he strikes swiftly on Ezreal too. When MAD Lions pulled out the Sona/Lux bot lane, Carzzy had no issues at all adapting to the new playstyle. The Summer Split Playoffs will be played on a newer patch than the regular Split finished on, giving MAD Lions the advantage of whipping out unusual compositions that shake up the meta. With that trump card up their sleeve, Carzzy is poised to step back into the spotlight. 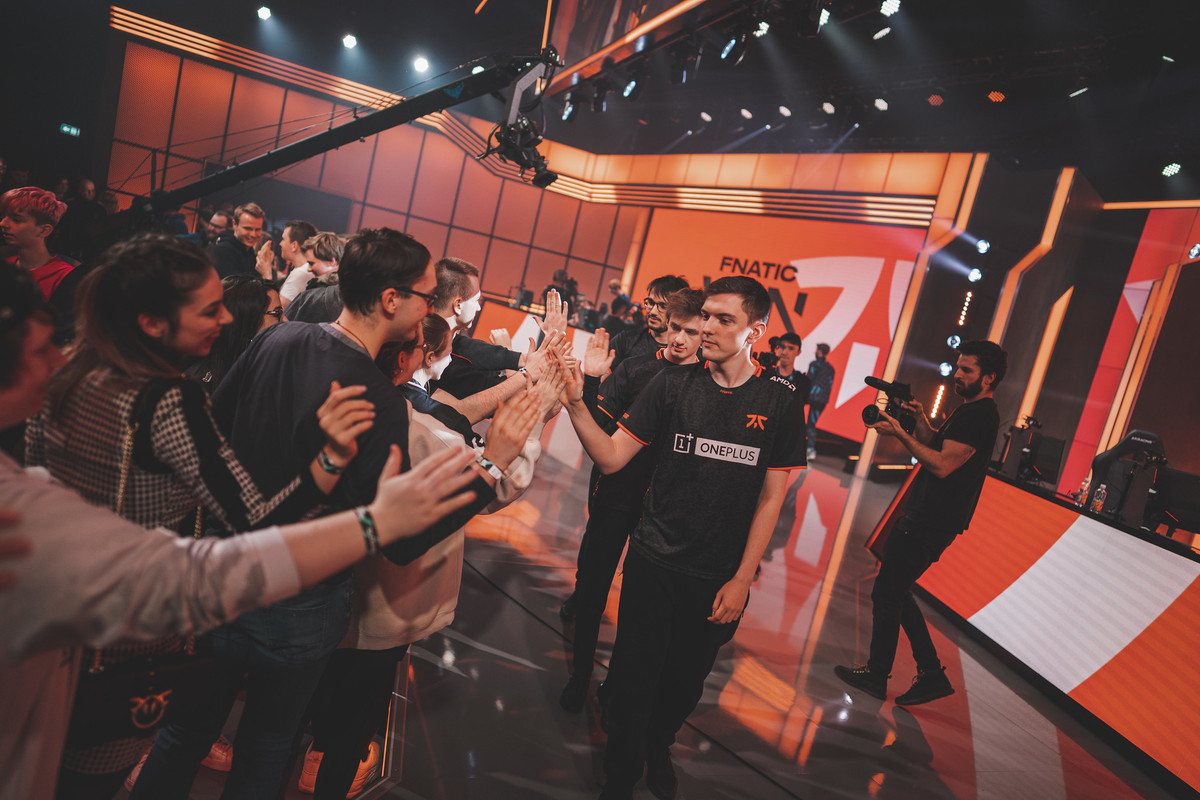 Fnatic, and Selfmade, have a lot to live up to in the Playoffs. (Photo courtesy Michal Konkol for Riot Games)

When fans think back on the Summer Split, the matches that tend to stick around the most are those played in the final weeks of the competition. Not only are those memories simply more fresh as those matches happened more recently (compared to the first week, which is already more than two months behind us), they also tend to carry more weight. Final standings are pinned down during the last weeks, making each clash more exciting. And in that light we’ll call ‘recency bias’, Selfmade hasn’t looked too good. With failed tower dives and poor communication with his team, the Polish jungler more often seemed to be a liability than a trust factor for Fnatic.

But during the first four weeks of the Summer Split—this is literally half of the competition, mind you—Selfmade fulfilled the exact opposite role within his team. Where top laner Bwipo, mid laner Nemesis, and support Hylissang would falter, Selfmade was the consistent factor for Fnatic. For weeks on end he, the newest addition to Fnatic, was the best player on the roster. Every step along the way during his games, Selfmade was one step ahead of his opponents. He would pop up out of nowhere in their lanes, granting them a quick death. He may have fallen off towards the end of the Split, but Selfmade showed during the beginning of the Summer Split why he’s on Fnatic, and why he’s revered by his enemies. 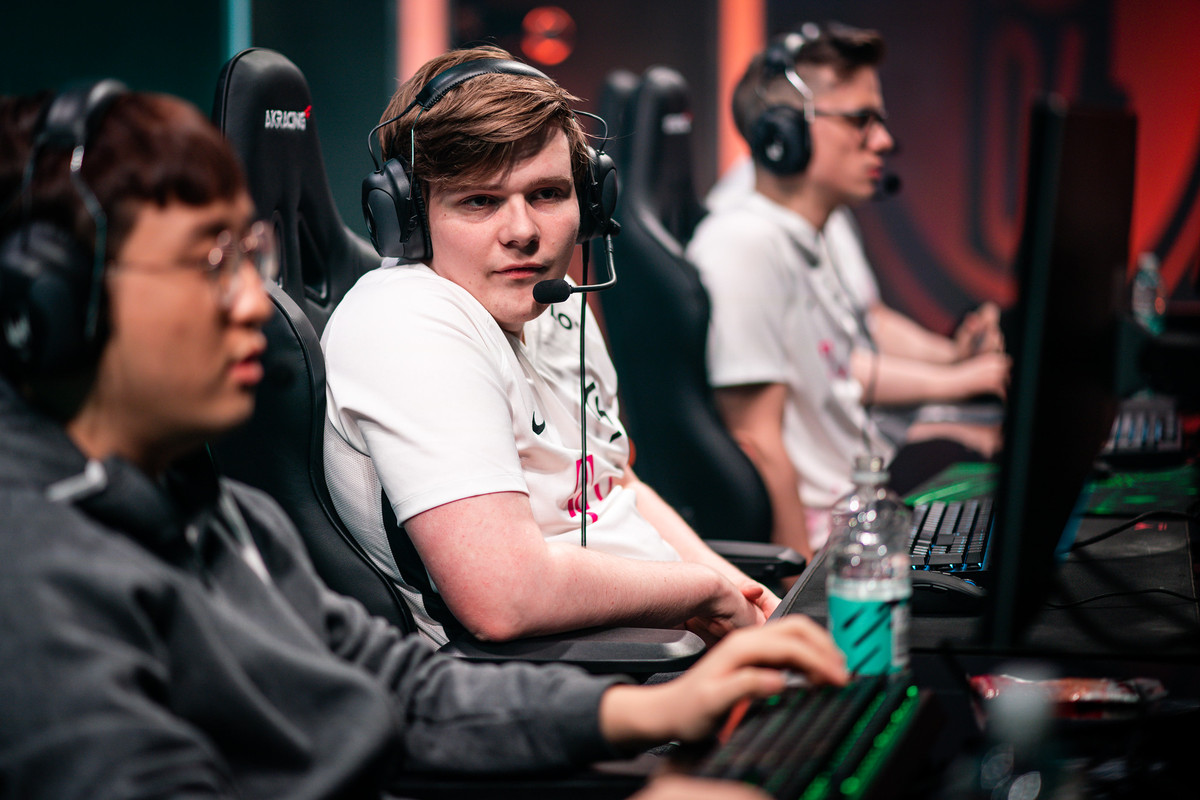 The brightly shining star on SK Gaming is, without a shred of a doubt, bot laner Crownshot. The team plays through him, aims to get him ahead and keep him alive so he can be the hammer that slams the nails in SK Gaming’s opponents’ coffins. But many overlook the silent yet impressive transition Jenax has made heading into the Summer Split. In the Spring Split, Jenax still played in the mid lane. Now, he’s a top laner. And a successful one at that. In the opening weeks of the LEC he showed that he can most certainly function as a carry for his team, most memorably going on a tear with the Volibear.

Ever since, Jenax has quieted down a bit in his performance, fulfilling a more supportive role in most of SK Gaming’s matches. It was a large part of the meta for the top lane, however, so it wasn’t something he could directly control. Still, it’s going to be difficult to find a game where Jenax was an actual liability for his team. Dutifully he played in his lane. With the Playoffs being played on a different patch, don’t be surprised if SK Gaming puts more faith in Jenax being the designated carry for the game. With his experience as a mid laner, his champion pool is something to at least acknowledge, and maybe even fear. 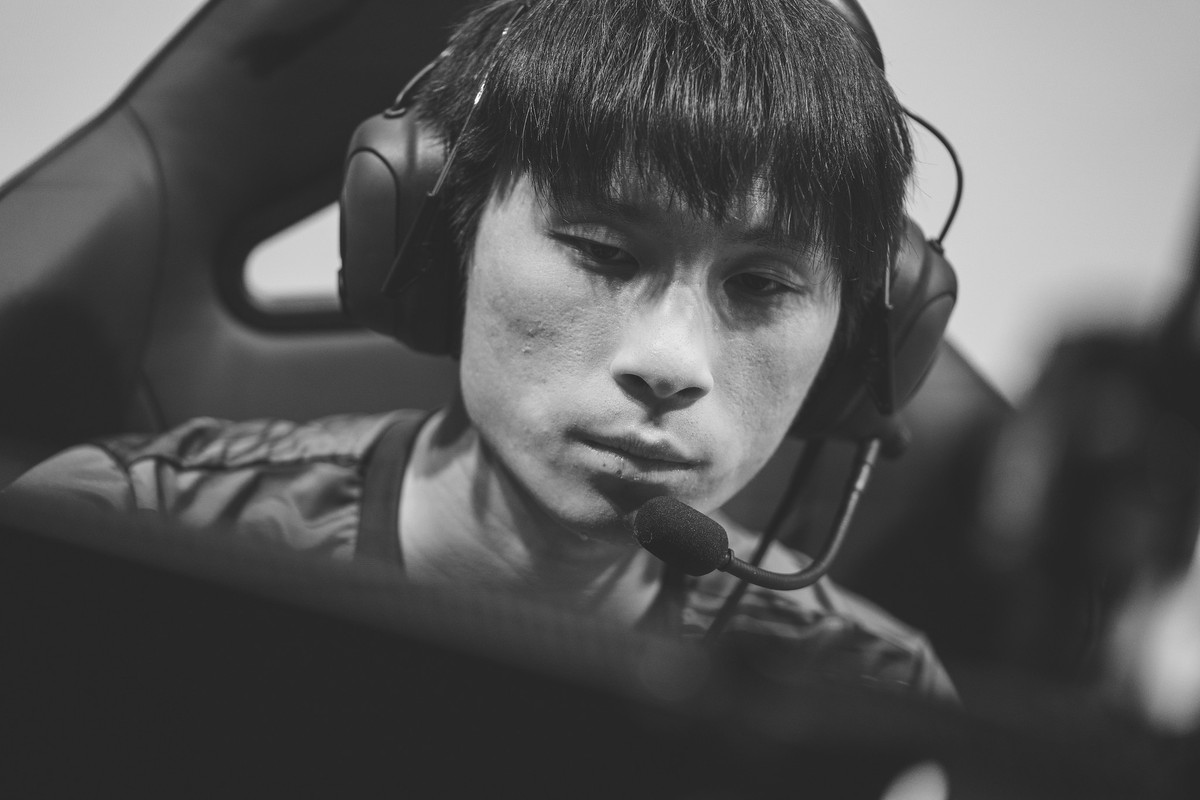 Dreams has stepped up his play greatly over the course of this Split. (Photo courtesy Michal Konkol for Riot Games)

During Schalke 04’s Miracle Run, the spotlight was mostly on jungler Gilius, the changing factor who acted as a catalyst for unlocking his teammates’ potential. Shortly after, mid laner Abbedagge flipped a switch and became to be one of the best-performing mid laners on European soil. Naturally, these players deserve a lot of praise for their performances. But Schalke 04’s support player Dreams has been grossly overlooked by many. Substituted in after the opening weekend, Dreams did struggle with keeping up with the competition, as did his entire team.

However, Dreams was one of the first players to noticeably improve when Gilius was substituted in. Even though the team still needed some time to warm up and go on their legendary redemption run, Dreams’ whole in-game posture changed immediately. He seemed one of the first players on his team to be comfortable with his new jungler, working on a synergy that would climax in a thrilling Baron Nashor steal. Not only that, his teamwork with his bot laner partner Neon also drastically improved. Where his teammates jumped to grab the crown, Dreams was there to provide the leg up.