Dallas Empire Have to “Adapt” to Succeed Going Into CDL Champs 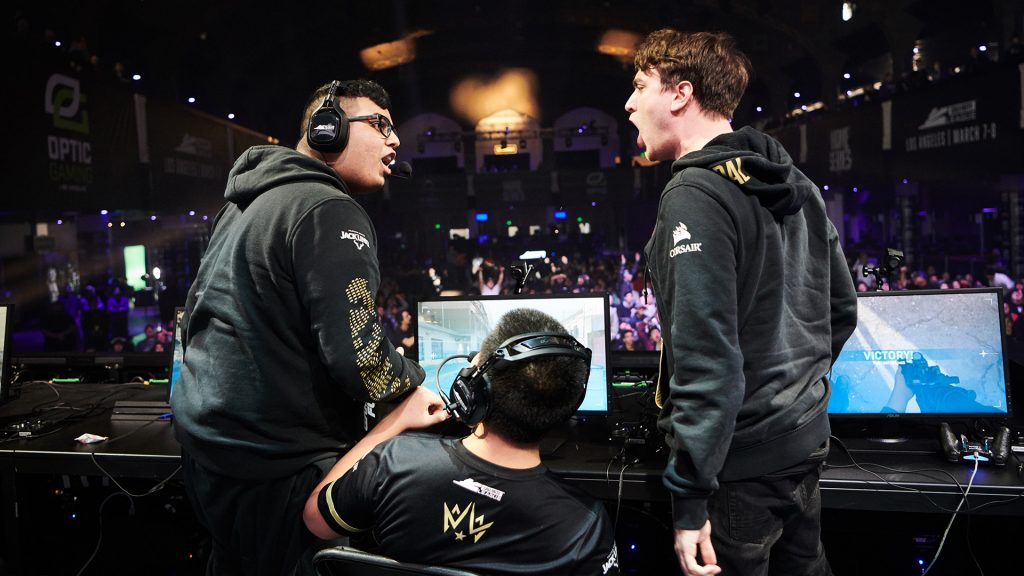 The Dallas Empire is mentally prepared for any challenges they might face in the final tournament of the year. (Photo courtesy Activision)

The Dallas Empire entered the Call of Duty League playoffs as the second seed and have now secured their spot in the finals with a 3-2 victory against the Toronto Ultra. The talented team plays the Atlanta FaZe on Saturday, August 29th, and the winner will move on to Championship Sunday. The loser will face the winner between the Chicago Huntsmen and the London Royal Ravens.

Dallas Empire player James “Clayster” Eubanks and Team Owner Mike “Hastr0” Rufail provided some insight into the team’s preparation before the biggest tournament of the year, their thoughts on their matchup between the other teams, and how the league can improve going forward. 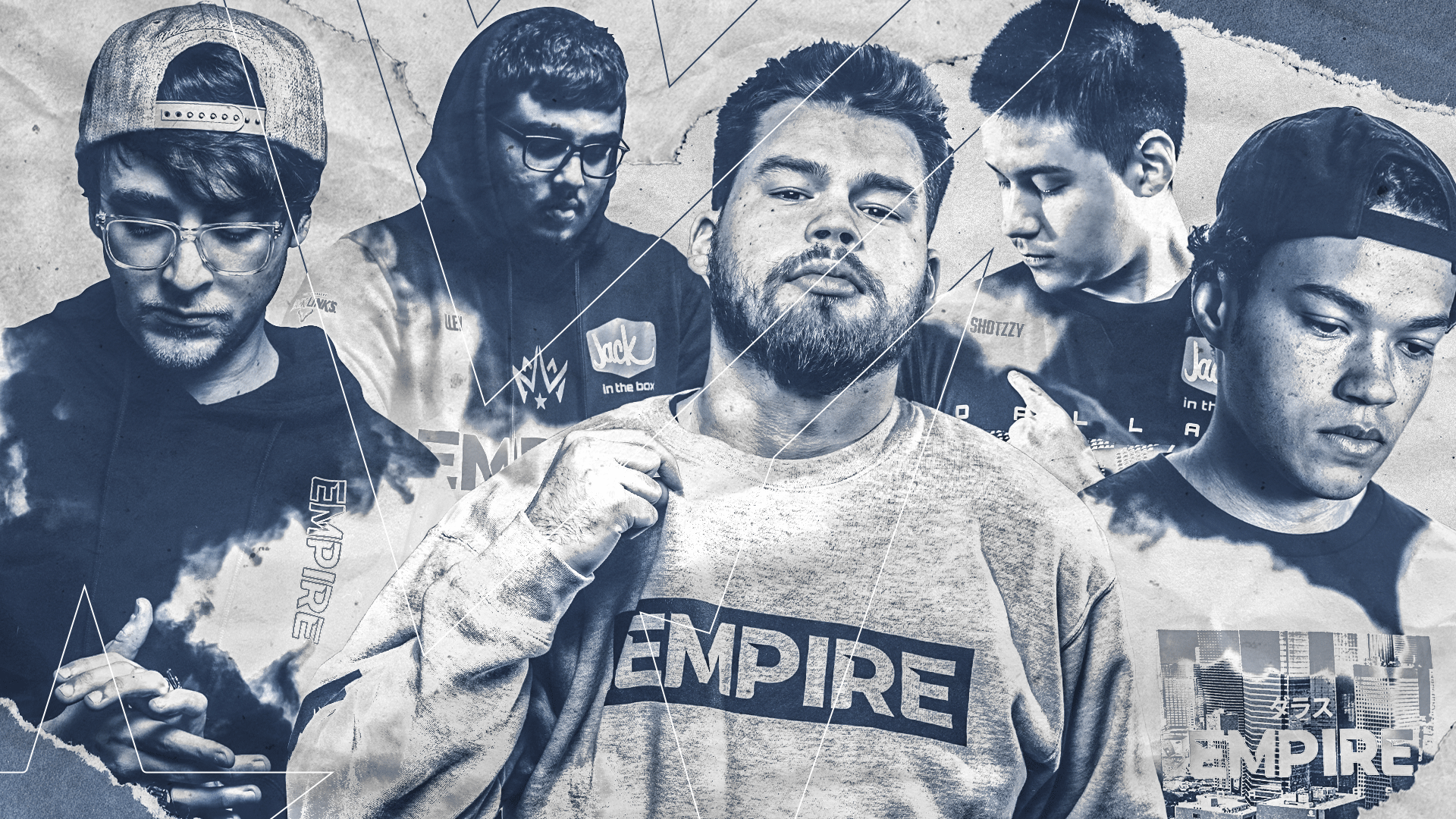 The Dallas Empire are one of the few teams who do not make several roster changes throughout the season. (Photo courtesy Dallas Empire)

Clayster is a Call of Duty veteran with two world titles under his belt, including a 2019 victory with eUnited. He is no stranger to performing under pressure, especially when there is a large cash prize on the line.

“I’d pretty much say at this point with it being Champs and the end of the season, I would say it comes down to a strictly mental game,” said Clayster. “I think everybody that has made it this far is understanding of the fundamentals of the game and how to accomplish what they want on the map, and it comes down to who has more composure, who has more clutch factor, and who countered the other team the best. I really think that once you get to this point, it’s 90% mental.”

Despite the competition being a mental game, some teams have clear advantages that give them a leg up on the competition. Dallas Empire are playing the Atlanta FaZe on Saturday, who entered the playoffs as the first seed. This placement provides some benefits to Atlanta despite Clayster believing they are an evenly matched team.

“I think if we and FaZe were to play on even footing 100 times that we would both win 50 times. I think that since they have the number one seed and we have the number two seed, they have what’s called veto advantage, which gives them an edge. When you’re going through the veto process before a match and how the maps and sides are picked out, it’s going to be a little tougher with them having an advantage. I’d slide it maybe five or ten percent their way.”

Call of Duty is a game where you have to roll with the punches.

He further explained that most matches will be decided by individual engagements and moments that will turn the tide of reach round.

“Honestly, to beat them, we just have to make sure we execute in the moments we can win. It’s going to be tough if we put ourselves into a hole as we did against Toronto, so one of the main things is that we just can’t lose the lead early. I think if we match them map for map and force it to a game five, I think that’s where we’re going to have the best chance to beat them.

Adapting to change and practicing

The COVID-19 pandemic severely impacted the inaugural season of the Call of Duty League. The league switched to an online format which introduced a wide range of problems and variables that are not present in a LAN tournament. Several meta changes have also impacted competitive play throughout the season, with the most recent being a slight update to the MP5 submachine, one of the most used weapons in the CDL.

However, most Call of Duty professionals, Empire included, are comfortable with these constant changes as it is nothing new.

“If there is one word to describe Call of Duty esports, it would be adapt,” Clayster said. “I think that stuff gets thrown our way, and stuff happens, especially with the variables that come with online play. Call of Duty is a game where you have to roll with the punches.”

So the mp5 isn’t getting reverted for playoffs. Lol

“I think it’s a do or die situation, and I don’t think the MP5 change is a big deal in the grand scheme of things. These guys have been practicing for months and months for tens of thousands of hours, and a visible change isn’t going to affect them that much. We are used to it at this point, and they have relayed it’s not an intentional change, and it’s not as a big of a deal as some might think. We understand why it happened, and it’s not like they intentionally made the change before Champs. It’s something we’ll have to deal with, and honestly, it’s nothing, that’s how CoD esports is; you just have to do or die.”

We’re trying not to put a lot of pressure on ourselves and just trying to do our best.

Making it these far into the year also introduced a new problem for the top four teams: there are very few people left to practice against. Dallas Empire are playing Atlanta in their first match, which eliminates them as a potential practice opponent, and they will also likely face Chicago and London at some point during Champs. This situation has caused teams to get creative with practice and explore other options to stay ready.

“There are only four teams left, one of which we play, which leaves us with two potential scrim partners. We’re most likely going to have to play one of them,  so it’s super tough to have good practice right now. We’re paying amateur players to put together pick up teams to play us, but that’s not good practice. We’re kind of just smoking them over and over, which is not the practice we’re looking for. It’s been tough, but we’re trying not to put a lot of pressure on ourselves and just trying to do our best. It’s been weird to sit here and not play. We just want to get this over with and be victorious or not be victorious. We just get on every day, have some fun, and practice a little bit.” Clayster said.

Clayster also confirmed that the Empire are practicing to stay competitive and that no significant issues are being worked on. They have practiced together all year, and he does not believe anything major will change within the next few days.

Reflection on the inaugural season and the future of the league 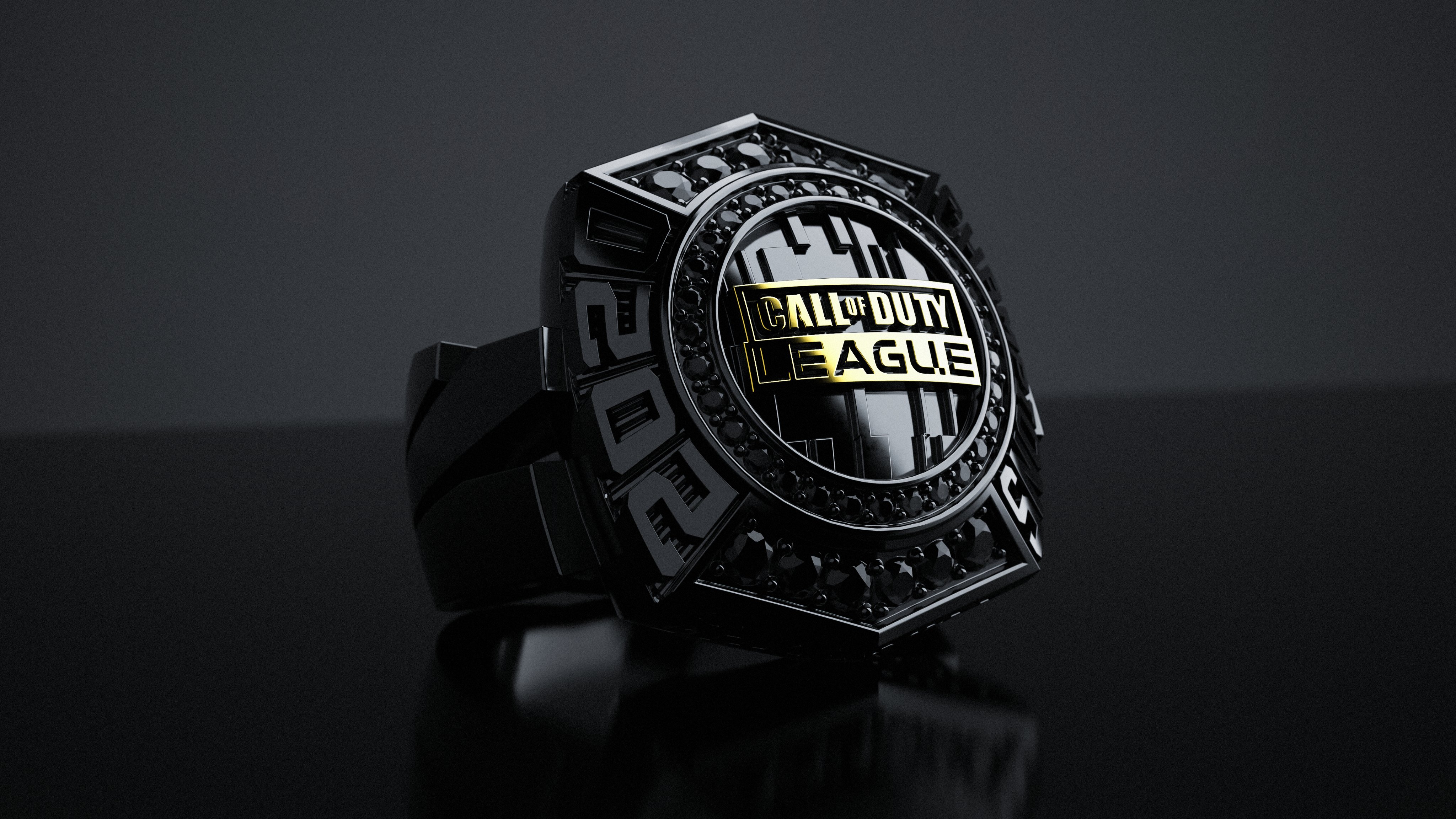 The CDL recently revealed the Championship ring for the 2020 season. (Photo courtesy Activision)

While the inaugural season of the CDL is coming to an end, many are looking back on the first year and thinking about what can be improved. Many are also thinking about the 2021 season and the changes they would like to see implemented. One of these people is of course, Hastr0 – another veteran of the Call of Duty esports scene and Owner of the Empire.

“If I had to give the inaugural season a genre, it would be a soap opera. If I had to give it a grade in terms of entertainment, I would give it a B plus, maybe an A-minus. I’d actually go with an A-minus after last weekend,” He said. “I would say that we are starting to put on a show towards the end of the season, even though we are playing online. It’s something that nobody wanted, but given the world’s conditions, we have to play this tournament online. We could not put players or their families at risk. It’s tough, but I think we are making the most out of the situation and showing that we can make this work no matter what happens.”

Despite the 2020 Call of Duty League season’s overall success, there are still improvements that can be made to help the players and teams have the best experience possible. These changes could also attract new fans to the Call of Duty esports scene and help the l/eague grow.

“We understand we are part of a much larger ecosystem in the Call of Duty realm. It’s not just Call of Duty esports, it’s a much bigger ecosystem. While we understand that, we’d like more conversations at the studio or developer level to ensure there are a few extra things that we could have implemented in the game to make sure our players are comfortable and that the playing field is fair. We want to make sure that we have the fairest playing field we can, and we want to make sure we implement features that help promote the league and help drive more audience. We know that when we gain a casual player’s attention and they start watching Call of Duty esports, we have a great chance of converting them into a die-hard fan that will return and watch the games. As an owner, I would like to see more advertisements for the league inside the game.”

Another concept fans and players will need to consider is the future of teams and their rosters. Before the Call of Duty League franchised, the talented players were scattered across dozens of teams and organizations. Now, they are concentrated in a small group of teams, making it difficult for one team to dominate in competitive play consistently.

“I think you’re going to see the top few rosters most likely stick together. It will be difficult to create a dynasty team in this league because all the talent is compiled into fewer teams. In the past, we might have 40 teams. Now it’s down to 12, which makes it difficult to create a dynasty team. We’ll see if we can do it, that’s certainly our goal. We’re heading into this trying to create the best Call of Duty team for many years to come, so yea, we have a fantastic foundation for that.”

The Dallas Empire will face the Atlanta FaZe on Saturday, August 29th, at 2:30 CT. The winner will move on to Championship Sunday while the loser will face the winner between Chicago and London. You can watch the action live on the official Call of Duty League YouTube channel.