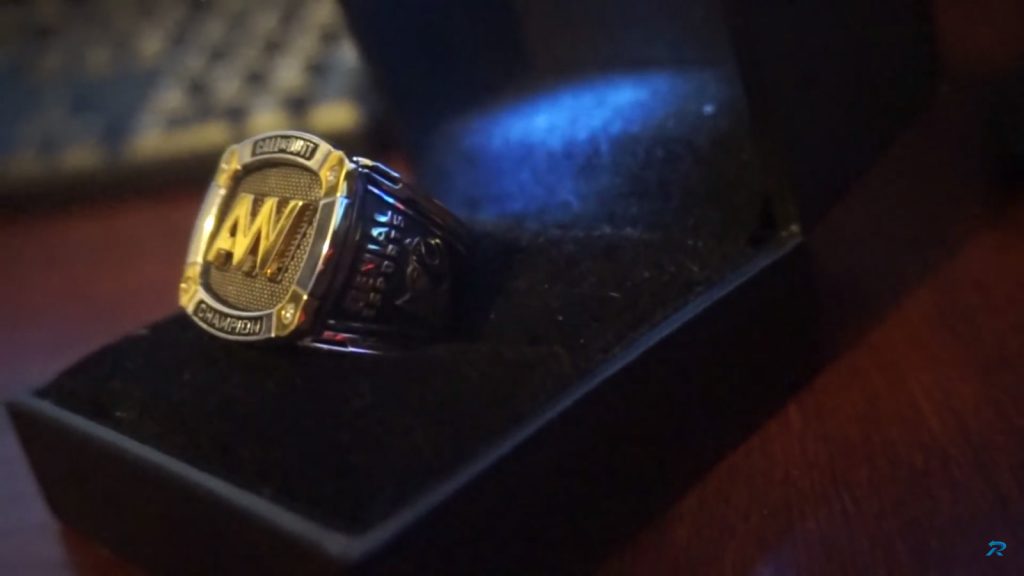 The website, Baron, offered the rings for a cheap price of $995 and customers were able to customize the rings.

The four players who are crowned the Call of Duty Champions of the year are gifted with a championship ring, similar to traditional sports athletes. 2018’s CWL winner, Evil Geniuses were handed custom rings made out of sterling silver and gold with the CWL and EG engraved logos. One of the current champs, Patrick “ACHES” Price, stumbled across the site and posted it to his Twitter.

The website, Baron, offered the rings for a cheap price of $995 and customers were able to customize the rings. The rings were a complete imitation of the ones players received with the CWL logo, CWL trophy, and the WW2 logo engraved into the metal with a black painted background.

Major League Gaming’s Vice President of League and Event Operations Adam Apicella made a comment on Reddit stating that the sale of rings was simply “this is not allowed.” In a different thread, an MLG employee confirmed that the website and rings were real, but the website went live “accidentally”. Since the website has been live for the public to see, it has since been shut down. It seems that the website was used as an example to show off their work, but was never meant to go live. It looks like an employee at Baron made a big mistake… whoops!

Baron offered two different rings for customers to purchase, an “OpTic Gaming Championship Ring” and an “Evil Geniuses Championship Ring”. Only four versions were publicly handed out, and those were to the four players on the EG squad. Baron has been used to manufacture championship rings of traditional sports in the past.