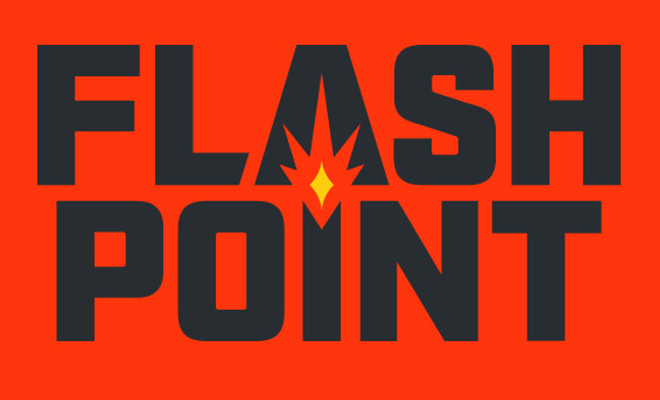 Flashpoint will be a historical CS:GO league with $2mill in prize money. (Photo Courtesy Flashpoint)

The long teased “B-Site” league has revealed itself to be Flashpoint, a new CS:GO league owned and operated by team organizations. Flashpoint draws inspiration from the UFC and WWE to create a grittier esports show experience.

The new Flashpoint league will be played in a live studio environment with two seasons annually. The prize pool will be among the largest in CS:GO with over $2,000,000 up for grabs in 2020.

The league’s main goal is to “respond to the current issues putting competitive CS:GO at risk.” Each team will not be exclusively bound to Flashpoint. Everyone will be free to participate in Valve’s Majors or other circuit events run by third parties such as BLAST or ESL Pro League.

Teams that have signed on to be founding partners of the league include MIBR, Cloud9, OverActive Media, Gen.G, Dignitas, and c0ntact Gaming. The league will also maintain an open circuit, championing new talent with financial support for up and coming teams built into its infrastructure along with competitive integrity safeguards.

The founding members have created a revenue share model said to be the highest potential of any major esports league. Players are also set to receive the highest cut possible of any major esports league. They will also have equal representation on the league’s Board of Governors. FACEIT will operate the league, and only take home a small revenue share until it is profitable.

The format for the league is one that is unique to Flashpoint, and one that’s never been attempted in CS:GO. The “league” moniker is actually a slightly inaccurate description. The format could more be likened to a series of mini-tournaments, culminating in a double elimination playoff bracket. It’s quite complex, as 12 teams take to the server, 10 partners, 2 from open qualifiers. The teams will be ranked by a CSPPA approved ranking system, 1-12 (the details on this ranking system were not available at press time.)

The regular season will consist of two phases, where the 12 teams will be split into three groups. They will each play a GSL style, double elimination bracket to determine who moves on. Before each phase, there will be a Group Selection show, where captains will pick their opponents and explain why they want to play against certain teams.

As for the presentation and production, Flashpoint is said to have a much more banter-filled broadcast focusing on players first, before teams and the league itself. It will also not attempt to “dumb itself down” to fit expectations for sponsors. Rather, this will be a broadcast primarily directed at long time CS:GO fans who have wanted to get closer to the action and really get to know its players.

“There’s no point in trying to sand the edges off of CS:GO and why would you want to?” Christopher “Montecristo” Mykles told the assembled press. “CS:GO has one of the oldest demographics in esports that are desperate for an edgier, banter filled broadcast. You’ll never be able to create a CS:GO product that’s going to appeal to every sponsor out there, so we’re leaning into the older audience.”

Flashpoint’s creative team includes some of the most storied names in esports, including Duncan “Thorin” Shields who will act as Creative Director and on-air talent. Christopher ‘MonteCristo’ Mykles will be making his CS:GO casting debut and Auguste “Semmler” Massonnat continues his triumphant return. The lineup also includes CS:GO legends Dan ‘DDK’ Kapadia and James Bardolph, as well as Freya Spiers.

Open qualifiers for Flashpoint begin February 6th with the league firing up in March.