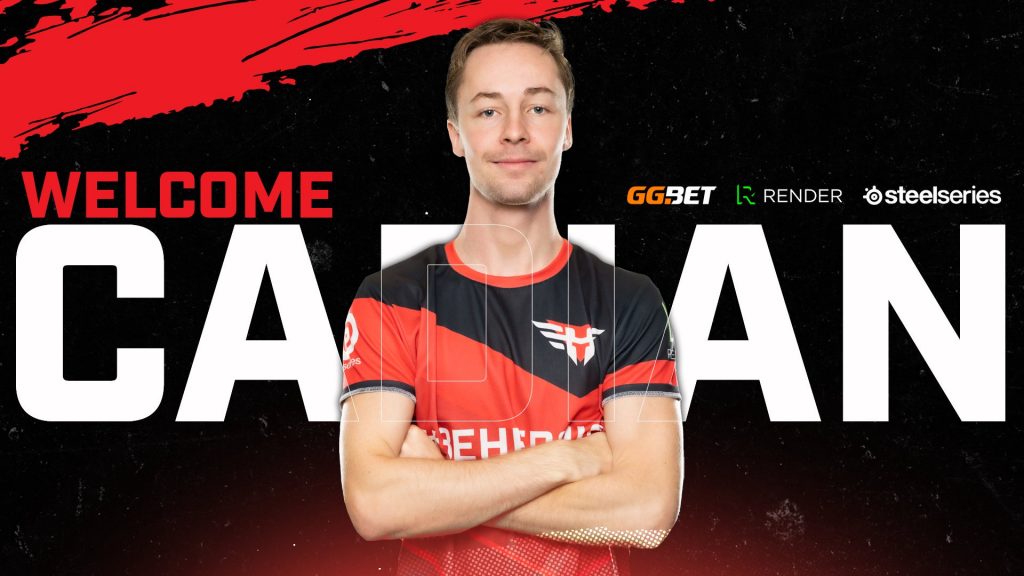 Following a two-week stint acting as a stand-in for Heroic, the Danish organization has announced Casper “cadiaN” Møller will join the active roster on a full-time basis.

The move comes in the wake of Heroic’s former in-game leader Benjamin “blameF” Bremer transitioning to Complexity at the end of September. As for cadiaN, the 24-year old AWPer joins Heroic after a seven-month spell with North – who just added cajunb to its roster – though, he is no stranger to this team; cadiaN was most notably known for filling in for Heroic in 2017 during its qualifying run for IEM Katowice, as well as ESL One: Cologne.

Currently ranked 28th in the world, Heroic has been experiencing a major upswing since adding cadiaN as a stand-in in mid-September when they were ranked 42nd. This is still a far cry from their near top ten ranking between July and August with Adam “friberg” Friberg; although, cadiaN’s efficient use of the AWP may free Patrick “es3tag” Hansen of the duties as the team’s primary sniper – or better yet, a mouthwatering dual AWP setup between them.

In the official Heroic release, cadiaN said the folowing: “I am super thrilled to join Heroic, and to join a team with high ambitions, high potential, and high dedication. I believe the future is very bright, and I’m honestly so happy to be back playing.”

Of the newest addition, Marco “Snappi” Pfeiffer added: “I played alongside Casper in multiple qualifiers and always been successful with him by my side. I’m looking forward to having him as a permanent addition, and hopefully, we can keep the streak going!”

The team’s first outing happened almost immediately with an ESL Pro League Season 10 Europe match against Ninjas in Pyjamas – which Heroic would win convincingly in a 2-0 scoreline. The two will engage in a rematch next week, with arguably tougher opponents ahead as they square up against Team Vitality and Sprout in their EPL Europe matches. A truer test of the potential in this new team will happen the following week at DreamHack Open Rotterdam 2019 – Heroic will face off against AVANGAR, forZe and CR4ZY for US$100,000.